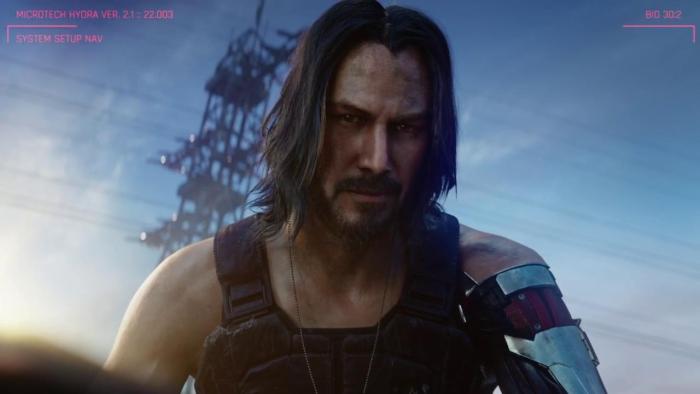 Cyberpunk 2077 dropped on 10th December. Almost a week later, I’m 25 hours into CD Projekt Red’s ambitious, impossibly hyped open world RPG, and I have some thoughts. Here they are, in no specific order:

1. The world is gorgeous. With its sprawling, neon-soaked, vertiginous warren of highways and alleys and markets and slums and overpasses and hidden passages and towering mega-buildings, Cyberpunk 2077’s Night City is clearly gunning to be held up alongside the great urban dystopias of its genre. And while I don’t think I’ll be able to pass full judgement on that until I’ve spent much longer with the game (a proviso that applies to pretty much every point in this piece), I can say that it is already a genuine pleasure to get lost in the world that CD Projekt Red have created here. Both on a macro-scale and a micro-scale, Night City can be truly breathtaking at times.

Whether you’ve parked your Akira bike (yep, you can get the motorcycle from Akira in Cyberpunk 2077) up by the river’s edge and you’re watching the rising sun bathe the shiny facade of this uber-capitalist hellhole in a warm glow or you’re slumming it through crowded and gang-infested marketplaces you’re sure to be consistently impressed at the level of care and attention gone into designing this world. You will see distinct neighbourhoods the designs of which reflect their economic status and ethnic make-up. Night City is packed with environmental storytelling, with everything from its graffiti to its architecture working to reinforce the character and backstory of this corporate dystopia and its varied districts. It feels lived in, and layered with history.

2. I bought the game on PC, and I’m glad that I did. Cyberpunk 2077 has been in the pipeline for a long time. As such—and as happens way too often in this industry—the hype for this game has been unhealthy, and disproportionate. Part of this is the fault of the developers, who seemed to have promised features that they couldn’t guarantee would make it into the finished product; and part of it is the fault of the ‘gaming community’, who typically let their imaginations run riot and promised themselves a game that would cater to their wildest dreams and would deliver an experience like they had never seen before. They have since become furious that the game didn’t deliver these things. Obviously that was a ridiculous thing to do, and it’s just one of the many chronic problems endemic to the loudest sections of video game fandom. One thing that CD Projekt Red absolutely do deserve criticism for, however, is the reportedly atrocious performance that the game exhibits when running on current generation consoles, with poor quality textures, diabolically unreliable frame rates, and ugly lighting and models apparently all over the place. Even on PC, the game runs with a fair amount of bugs. My own playthrough has been relatively bug-free so far, but this experience seems to vary wildly between players. The worst I’ve gotten is the occasional graphical glitch like a flicked cigarette hovering in mid-air, and then multiplying. It was immersion-breaking, yes, but also mostly funny than anything else—though I imagine that if it happened more frequently it would become the issue for me that it has been for other players. Considering the fact that delays had become as part Cyberpunk 2077’s development as anything else, it’s a bit of a disappointment that overall it seems the finished product has not arrived…well, finished. CD Projekt Red deserve some stick for all the bugs, sure. But those can be ironed out. What is a lot less excusable is releasing a game that looks and runs so dramatically differently on one system as compared to another, and only ever releasing footage from the high performing system. That, my friends, is close to a con. Yes, CD Projekt Red are now offering refunds to unhappy customers, but it never should’ve gotten to that. I personally am more than satisfied with my purchase, but I’m running it on a PC that has no problem playing on the recommended settings, and so the game looks great. That should be everyone’s experience. Or at the very least, everyone should know what kind of experience they would be getting before they commit their money.

3. Keanu Reeves! Keanu has been central to Cyberpunk 2077’s marketing for quite some time, so it’s not like it was a surprise when he popped up on screen. And yet! And yet it’s taken a fair few hours for me to acclimatise myself to the fact that I’m actually playing a game with Keanu Reeves in it. With Keanu Reeves playing a chain-smoking, big corporation-targeting, rock star terrorist. Who has a robotic arm. And is called Johnny Silverhand. It’s a lot! Happily, Reeves is great in the role, bringing an arrogant and disdainful swagger that manifests in every word. Importantly, the inclusion of the actor doesn’t feel like a gimmick. Maybe it was a gimmick, but the writing and the performances serve to disguise that very well indeed. And speaking of the writing and performance…

4. Cyberpunk 2077 is a very well written and acted game. That shouldn’t be a surprise coming from the developers of The Witcher 3: Wild Hunt. While universally lauded as one of the finest games of the generation, I wasn’t so keen on The Witcher 3. Or rather, I should say: I wasn’t so keen on the game play. Because the experience of watching The Witcher 3 was absolute dynamite. While the combat felt lacklustre, the traversal a bit clunky, and the crafting messily designed, the story, characters, writing, and performances were some of the best of I’d experienced in the medium. It was a mature, engrossing, complex narrative with shades of grey and respect for consequences and the way individuals and systems interact. It’s too early for me to say whether Cyberpunk 2077 will live up to those high standards, but so far it seems on the right track. One of the central characters is already a contender for my list of favourite non-player characters in a game this generation (love you, Jackie), and the wider cast is rounded out by a crew of colourful, diverse people and personalities that speak like real human beings and feel believably driven by actual desires and impulses. The mechanics of a plot might be what hooks you into a story, but it’s the characters that inhabit it that decide whether or not it sticks you. So far, Cyberpunk 2077 is on track for the latter. I’ve already had one moment that left me genuinely shocked and affected emotionally, and I’m invested in the vast majority of the plot strands I’ve been presented with thus far. One thing I’m very curious about is how CD Projekt Red will use the genre and setting of Cyberpunk 2077 to critique the economic system that drives their world. There have been plenty of anti-establishment and anti-capitalist sentiments peppered throughout so far—some more on the nose and surface level than others—but if they really pull off an even moderately successful statement on capitalism via organic storytelling means then I will be really pleased and impressed.

5. While not quite up to the standards of its story, Cyberpunk 2077’s game play is fun. The guns feel weighty and solid, and they respond in a satisfying way. The game is an RPG, so the gun play is not designed to be like COD or its ilk: Each shot takes hit points off an enemy and you see those hit points flash up on screen. Some guns may feel underpowered in the early stages of the game as a result, but that’s because—in line with the genre—you need to level up if you want to improve things. Stealth game play—my favourite type of game play—is similar: Not nearly as well-developed as in games devoted to it, but good enough (with, again, improvements happening as you level up). Walking around in Night City feels fantastic. You really get the sense that you are this one microscopic element in a gigantic and coldly indifferent yet chaotically roiling metropolis. Driving cars and riding motorbikes is a relative let down compared to that. The vehicles feel quite cumbersome and inelegant. The handling is clumsy, and the turning circles are often cartoonishly huge. This all goes double for cars compared to the motorbikes. I tried one car, and since then have stuck exclusively with motorbikes. The main quest has a satisfying thrust to it, and—crucially—taking on the numerous side missions has been fun so far: They’ve been populated by compelling characters and interesting, sometimes thought-provoking stories, and they have not felt like a thematically incoherent way of level grinding or an unpleasant but necessary distraction.

6. The jury is out on the RPG mechanics in Cyberpunk 2077. I know all the thoughts in this piece are delivered with the proviso laid out in the opening, i.e. Each one of them may change over time as I get further and further into what is by most measures a fairly large game—but this applies to the RPG mechanics even more than to everything else. Like any RPG, in Cyberpunk 2077 you level up by gaining experience points. Doing so give you various points to spend on attributes and skills. So there are skill trees and unlockable perks and actions here that are split into various styles of play (stealthy, gung-ho, hack-friendly), and to put it simply: I just haven’t gotten far enough into the game to judge whether it is all well balanced and thought out, or if it is a disorganised mess that doesn’t reward the player in proportionate ways. I think it’s the former, but it really is too early to say. Time will tell.

Finally it must be noted that though CD Projekt Red had promised it would not subject its employees to the increasingly normalised industry rot that is ‘crunch’ (mandatory overtime) during the game’s development, the company reportedly went back on its promise as commercial pressures built up near the project’s completion. Commercial pressures or no, crunch is an inexcusable practice and a blight on the industry. As gamers we will have to reckon with the fact that our hobby is in too many instances founded on an exploitative employment practice that has no place in the workplace. I paid for Cyberpunk 2077 because I was excited to play it, but even including the bugs and other technical issues it is the backstage dynamics of its development that are the biggest disappointment to me, and a part of me regrets tacitly endorsing it with my money.