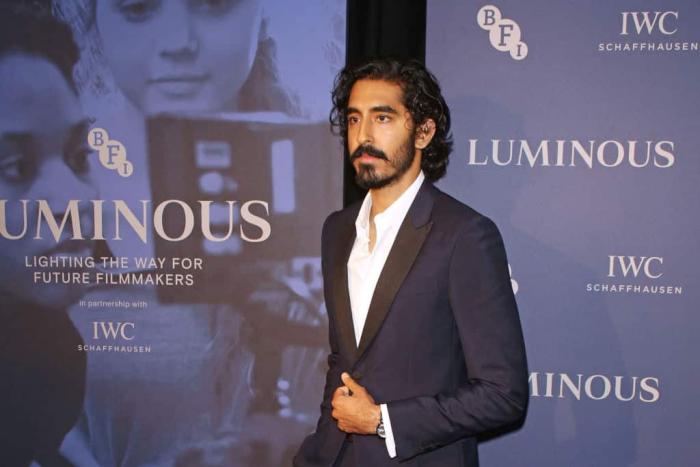 Pajiba 10 For Your Consideration: Dev Patel

Remember when 2020 was going to be the year of Dev Patel? This was going to be the year where we were deservedly spoiled by the one-two punch of The Personal History of David Copperfield and The Green Knight, a veritable feast of Patel in period clothing being the iconic leading man that we sorely needed during these times. Well, we did get the former but we’re all still sitting on our hands waiting for David Lowry’s Medieval bonanza, which currently does not have a release date. So, while we wait in a state of the unknown for that inevitably wonderful film, let’s take some time out to discuss Mr. Patel and the undeniable fact of his dazzling attractiveness.

dev patel so hot, so talented, so everything. pic.twitter.com/VqhEpnOZxc

Patel’s glow-up is already the stuff of pop-culture legend. The scrawny kid from Skins and Slumdog Millionaire bulked out, let his hair grow lusciously long, and embraced the bearded life. All of a sudden, he was a sort of sexy that leaves jaws hanging low in his wake. He truly went the full Neville Longbottom route, but Matthew Lewis never had locks that luscious.

dev patel in kingsman when pic.twitter.com/7dOSUgKdUd

It has been a genuine thrill to see Patel become a leading man, from his Oscar-nominated turn in Lion to his role as a mysterious hitman in The Wedding Guest to his embrace of period dramas. Finally, his natural charisma and earnest warmth are getting their moment in the sun, and with good material deserving of his talent. He’s come a long way since he was in that lamentable M. Night Shyamalan adaptation of Avatar: The Last Airbender. Even Patel regrets that.

Honestly, my instinct here is to write about Patel in the same way I normally write about actors, dissecting their career and public persona to examine the various intersections at play. But let’s be honest, you’re all here for the shallowness. This is Pajiba 10, after all, and we deserve some unrestrained pleasure after the sh*tshow of this historically f*cked-up year. Who am I to deny you that?

dev patel as sir gawain let me talk to you pic.twitter.com/c0SUOMc3Ar

We must, of course, start with his hair. Just look at it. So dark and voluminous and begging to be casually pushed out of his eyes. It’s the kind of haircut that romance authors, profile writers, and Tina Belcher would spend multiple paragraphs detailing down to the finest follicle. When Regina George asked Cady Heron, ‘don’t you think his hair looks sexy pushed back?’ she was definitely talking about Dev Patel.

PART OF THE SECRET TO DEV PATEL'S BEAUTIFUL HAIR HAS BEEN REVEALED. (SECRET #2: BE AS BEAUTIFUL AS DEV PATEL.) https://t.co/DQ6188mTq1 pic.twitter.com/xxAkgd5iZx

dev patel touching his hair because why not pic.twitter.com/YJBa0UaA7L

Dev Patel's hair will not be ignored https://t.co/XGzeJjJQQh

Dev Patel is a star for today, tomorrow, and Hollywood’s future. You may be aware of the ‘Cast Dev Patel as Bond, you cowards’ campaign that me and my podcast co-host Sarah Marrs of LaineyGossip.com have been mounting for a couple of years now. Admit it, you want to see that. You want to see him be endlessly charismatic with a not-so-secret dark side, dressed to the nines while seducing everyone in his wake, including the hot villain played by a noted European character actor. You want to see him as adult Harry Potter in a movie totally divorced from its TERF-y creator. Look, Marvel is finally doing a Fantastic Four movie and the role of Reed Richards has his name all over it. The possibilities are endless, and dammit, every door should be open to him.

A vote for Pajiba 10 is a vote for a better tomorrow, and Dev Patel’s luscious locks will carry us to a brighter day. We may not get The Green Knight for a while, but for now, we can celebrate its leading man and all of the incredible qualities, superficial or otherwise, that defines him as the star we need, deserve, and have dearly earned this year. Do the right thing and include Dev Patel on your Pajiba 10 ballot.