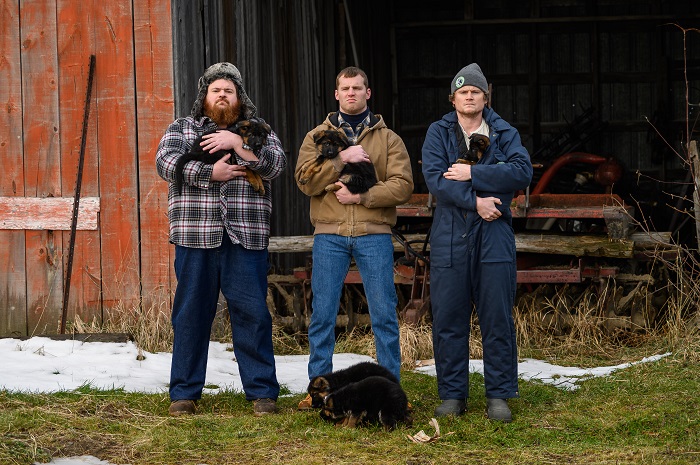 Pajiba 10 For Your Consideration: The Entire Goddamn 'Letterkenny' Cast

Props to Pajiba’s own beloved Dan Hamamura and Kristy Puchko for this one. For months—years—millennia—they have asked in the Slack, “Hey, why isn’t everyone watching Letterkenny?” And nearly every single time I’ve said, “Nah.” Not because I hate them! But because it was impossible to watch for me without Hulu! There are too many damn streaming services! My wallet is bleeding!

Then something momentous happened: We cut cable. Goodbye to endless Law and Order reruns, and hello to Hulu, and hello to Letterkenny! HELLO TO THE HOTTEST CAST ON TELEVISION. 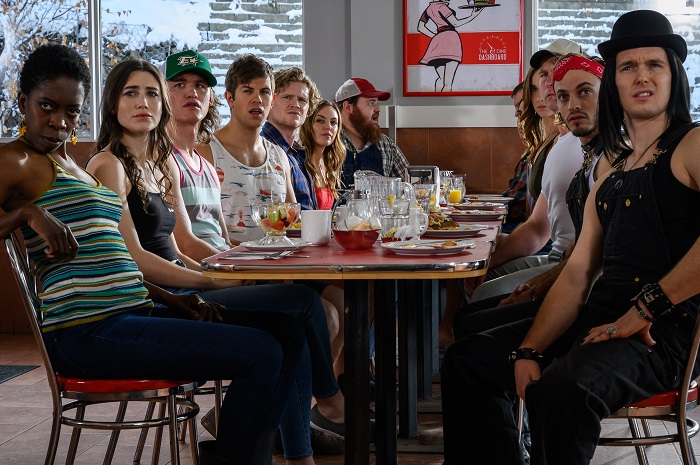 Yes, the whole hottest cast. EVERYONE. I mean everyone. Even Connor (Patrick McNeil), that one skid who just lankily dances in the background and blows smoke in people’s faces. Even the rando guys on the hockey team Jonesy (Andrew Herr) and Reilly (Dylan Playfair) were on. Even the Québécois that Wayne and co. fight with a bunch of times. It’s not always about physical attractiveness. Sometimes it’s just the vibe, man!

But like, don’t get it twisted. Many cast members of Letterkenny are obviously very, very “conventionally attractive” or whatever that means, and very, very hot.

Ahem: Wayne (Letterkenny co-creator Jared Keeso). So pouty! So strong-jawed! So thick-necked! So clear that this man used to work at a saw mill before starting this show! My type!

Who doesn’t want to be touched by Wayne, you know? Glen (Letterkenny co-creator Jacob Tierney) and My Tattered Journal get it.

The aforementioned Reilly and Jonesy!

Stewart (Tyler Johnston) and his glow-up!

Roald (Evan Stern) and how much he looks like Rami Malek! 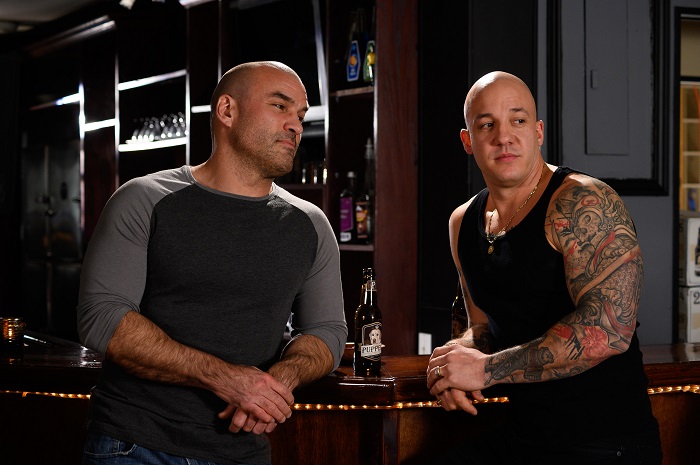 impossible to properly capture how hot Kaniehtiio Horn is on LETTERKENNY. pic.twitter.com/0pfEr5oEd4

In its best moments, Letterkenny is a carnival of increasingly intricate word-play, inside jokes, accents and impressions, and recurring gags delivered by very attractive people doing very goofy things in a small town. At its worst, Letterkenny gets caught in its own mystique. I must admit to you that I am currently watching season six, and a lot of it isn’t working for me. The Don Cherry episode (“Letterkenny vs Penny”), during which it was said more than once that Cherry is a good guy, was especially galling because Cherry is a militaristic, xenophobic piece of shit who was actually fired from his own show for an anti-immigrant rant the month after that episode of Letterkenny aired back in 2019. Because he SUCKS, and it was weird to see him galvanized on this show. Elsewhere in season six: Characters have personality switches that aren’t really explained. There isn’t a whole ton of plot. The show feels surprisingly hollow right now—it’s never been about much, but it’s always had some forward momentum. So that’s sort of disappointing!

I will keep watching, though, because sometimes shows have low points, and then they pick back up again. That’s just life! And I must reiterate: EVERYONE IS HOT. THERE ARE PHYSICAL FIGHTS, WHICH, YES, ARE A PROBLEMATIC FETISH FOR ME. AND THERE ARE PUPPIES.

Look, if I can’t convince you, maybe Peaches can. I present to you: the best scene in Letterkenny. And possibly all of television? Who’s to say, you know? It could be!

Vote for the Letterkenny cast for the Pajiba 10, people!

And by the way: season 9 drops on Hulu on December 26. Here’s a trailer!

← 6 Thoughts On 'Cyberpunk 2077' After Playing For 25 Hours | Stream it or Nah: 'The Wilds' on Prime Video Is Poised to Take Over the Online Discourse →