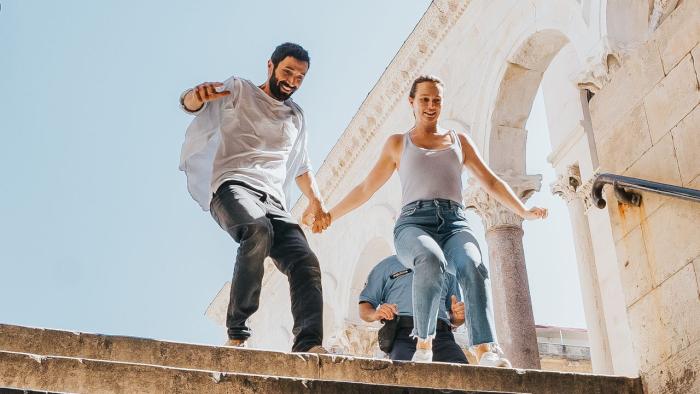 What Kind of Movie Does Your Netflix Algorithm Tell You that 'The Weekend Away' Is?

Netflix has been around long enough and has collected enough information on its users that it knows what people will flock to whether it’s good or not. I’m long past being surprised at the huge success of a terrible series like Sex/Life or films like 365 or Afterlife of the Party. They are specifically engineered to cater to a certain demographic that craves easy-to-follow junk with a telegraphed twist and maybe a familiar face or two.

When I saw the trailer for Leighton Meester’s The Weekend Away a couple of weeks ago, I instantly knew that it would be a big hit on Netflix that no one would talk about because it’s not really the kind of movie designed to be talked about. It’s designed to be watched and laughed at in groups or to watch alone on the couch with a laptop on your chest while you nod off occasionally. It’s like a Netflix screensaver, but with a plot (sort of!). In fact, I can almost guarantee you that Netflix put this movie into development a while back when Leighton Meester’s 2011 film The Roommate found unexpected success on the streamer. This is a spiritual sequel, of sorts.

If you can spend next to nothing and get a film to appear in the Top 10 titles for a couple of weeks, why not? But it also feels like a movie that was written by Netflix’s AI: There’s an international location (Croatia), there’s a dead best friend, an attractive local who helps out, and a cheating, abusive husband, to boot, because anything that can evoke Idris Elba and Beyoncé’s Obsessed also does well on Netflix.

Depending on your viewing history, Netflix can also tailor their thumbnail images specifically to you: Is it a girl’s night out film? Or romcom? A horror movie with a final girl? Or an international thriller? (Or maybe, as depicted in the header photo, it’s a light-hearted action-adventure film with romance!) 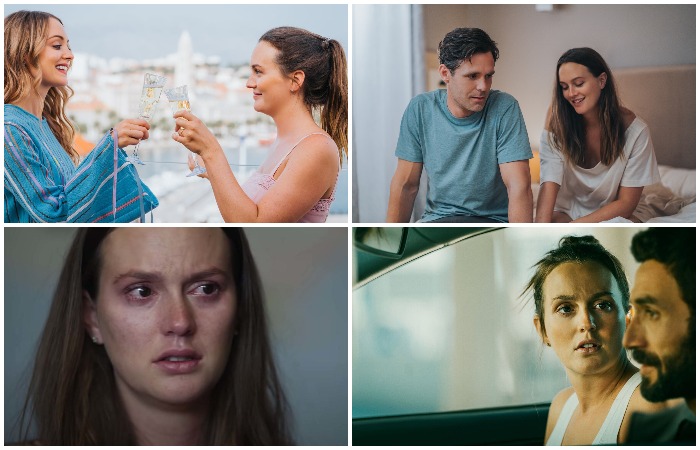 Is it good? What a ridiculous question! Of course, it’s not! It’s terrible. Leighton Meester plays Beth, a new mother who decides to reconnect with her best friend Kate (Christina Wolfe) for a weekend away. They get drunk. Kate starts bad-mouthing Beth’s husband Rob (Luke Norris) and trying to convince her to cheat on him. They meet two men, and Beth passes out. She wakes up the next morning with no memory of the night before, and Kate has disappeared.

After some frantic searching, Kate’s body is discovered. The film goes through a series of suspects, including Beth herself, who befriends her taxi driver, Zain (Ziad Bakri), who is kind enough to help a stranger investigate a murder. The whole thing meanders along for roughly 90 minutes, there’s a big showdown, and then the too obvious twist ending, the credits roll, and we’ve forgotten the entire movie before we can even find the remote control to turn it off.

The Weekend Away is bad, but not in a fun way. I wouldn’t call it boring, either: It predictably drifts, dimly lighting up certain parts of our brain as the Netflix algorithm commands. It doesn’t provide anything of value — except the paycheck that Meester receives — but it does successfully kill 95 minutes of your life without taxing your mind, which I suppose is the entire point of a made-for-Netflix film like The Weekend Away.


← Understanding Through Storytelling: Let's Not Get Too Mad About War Memes | 5 Shows After Dark: 'Better Things' on FX, 'America's Got Talent: Extreme' on NBC →