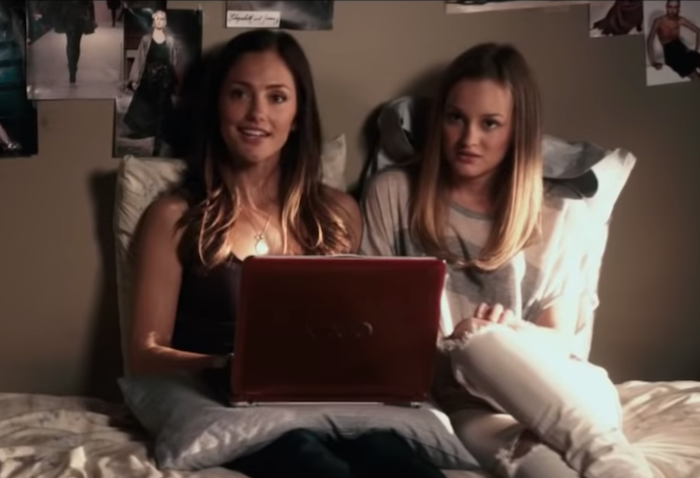 Should You Watch 'The Roommate,' That Trending Movie on Netflix with Minka Kelly and Leighton Meester?

2020 is a trip. For reasons that feel very personal but also strangely universal—we’re all stuck in our homes, playing Animal Crossing, watching Tiger King, and generally trying to stay sane. However, Tiger King is only 7 episodes, and eventually they end, so you have to look for other things to watch, which inexplicably has led to the 2011 movie The Roommate.

Now, I like to think of myself as someone who knows what trash movies are being released in the theaters in any given month because trash movies are my favorite kind of movies. If you ever see a terrible movie coming out and you ask yourself “who would willingly go see this in the theater!?” look no further than me, friend. I guarantee you if a movie looks deeply, deeply stupid, I have plans to see it opening weekend. What can I say? I place a high value on mindless entertainment.

I bring this up because I apparently was asleep at the wheel in 2011 when this trashy movie came out because I had no idea it existed until it popped up on my Netflix queue as one of the most popular titles in the country right now. Thousands, if not millions of us are watching this dumb, bad movie that came out in 2011 right now. Why? I have no idea. Like I said, 2020 is a trip.

The entire basis of The Roommate is “hey, you know how you have a hard time telling Minka Kelly and Leighton Meester apart?! Guess what? We made a movie about that!” Which, cool. Cool, cool, cool. I liked Gossip Girl well enough, and I enjoyed Friday Night Lights quite a bit. (TEXAS FOREVER!) Why not make a movie with the two of them?!

So I watched it last night. It was kind of boring and not trashy enough. Also, the musical cues were really loud so it made it hard to fish in Animal Crossing and half-assedly pay attention at the same time.

What’s it about? A roommate, obviously. Why are you asking me questions you know the answer to already?! Look, if you’re looking for a real review, go read what Dustin wrote about it 9 years ago, but I should warn you, he had no idea he had seen this movie when I told him on Slack today I was going to write up my experience watching it—which doesn’t really bode well for you if you want to watch it, does it?

I guess I should mention a non-vampire Cam Gigandet is in it which made me realize that dream casting Tiger King aside, I really only like vampire-Cam Gigandet. Who, I just looked up to make sure I was spelling his name right, and saw he was born in 1982, which means he was playing a frat bro in his late ’20s. Going down that rabbit hole I discovered that Minka Kelly was playing a college freshman when she was 31. These facts make me like the movie more, now, if I’m honest. (In case you were wondering, Leighton Meester was 25-ish when she filmed this movie, which is more in the ballpark for being a college freshman.)

I’m getting way off track here and we need to wrap it up so I can get back to Animal Crossing. So, in closing, if you’re wondering whether you should watch The Roomate, I’m going to throw a curveball at you and say that you should, because it has Billy Zane in it, and honestly, what else are you going to do with your time right now?! Let me know how you like it. I thought it was just short of fine, but not bad enough to be considered good, ya know?!

Play us out, Billy Z!

← Why Does J.K. Rowling's 'Fantastic Beasts' Franchise Have an Abusive Actor Problem?! | Kaley Cuoco Has Been 'Forced to' Live with a Dude Name Karl She Forgot She Married →