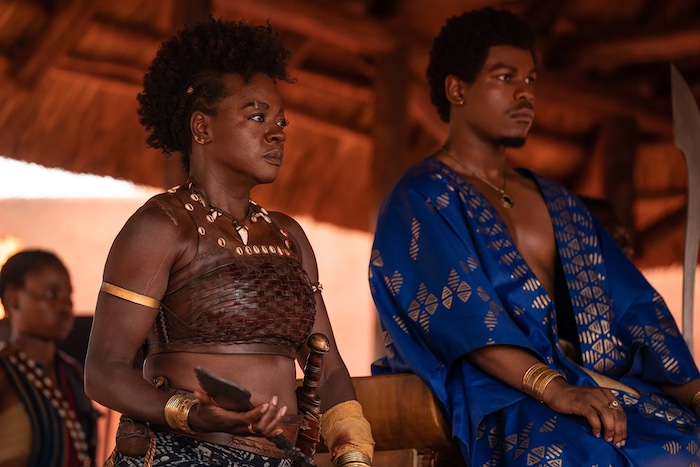 Back in 2015, Maria Bello — who you may remember from Coyote Ugly, the short-lived Prime Suspect, and a ton of (often bleak) independent films — presented an award to Viola Davis at the National Women’s History Museum. While giving the award, Bello pitched an idea to Davis in front of the entire audience. She thought Davis would be perfect in the role of General Nanisca in the true story of the Dahomey Amazons, an all-female military regiment of the Kingdom of Dahomey. The crowd thought so, too, and sometimes, that’s how movies get made.

Viola Davis — who can out-Denzel Denzel — was cast, and the brilliant Gina Prince-Bythewood (Love & Basketball, The Old Guard) was brought in to direct and work on the script for The Woman King from Dana Stevens.

For the unfamiliar, the Kingdom of Dahomey was a West African kingdom from the 1600s until 1904. Therein, an all-female regiment surfaced out of necessity because large numbers of men were either being killed off in war or forced to give male slaves to a neighboring kingdom. By the mid-1850s, about one-third of the military consisted of women, and they were often used to fight in slave raids. This is their story:

In addition to Viola Davis, The Woman King also stars John Boyega, Lashana Lynch, and Thuso Mbedu as Nawi, the last survivor of the Dahomey Amazons who died in 1979 at over 100 years of age. The Woman King opens in theaters on September 16th.


← Prince Harry is Coming For Your Money, 'Mail on Sunday'! | Conan O'Brien Runs A Tight Podcast →