In a year where it feels like every single major motion picture is being delayed, Warner Brothers will not let Dune be deterred. The upcoming adaptation of Frank Herbert’s seminal sci-fi brick gets a fancy reveal in the latest issue of Vanity Fair—similar to the rollouts the latest Star Wars films received—and after the first picture of Timothée Chalamet appeared all over Twitter yesterday, now we have some more images to talk about.

#Dune was, and always will be, Star Wars for Goths… https://t.co/YUWfFok8Uq 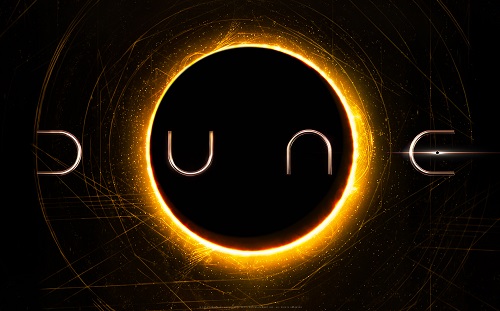 What does the Vanity Fair reveal mean? That Warner Brothers is very publicly not even considering budging the film’s release date of December 18, 2020. And the splashy treatment certainly helps announce what Denis Villeneuve—whose sci-fi bona fides also include Arrival and Blade Runner 2049—is bringing to this adaptation of Dune (already adapted once, infamously, by David Lynch in 1984). We learn from Anthony Breznican’s piece that Dune will be a two-parter, a la WB’s approach with Stephen King’s It and It Chapter Two, with a second-half film hitting theaters in some time. (There is no confirmed date in this piece for the second installment.)

the TL has time for only ONE MAN this morning. pic.twitter.com/sNdp3r5qzY

And what else is Denis bringing to Dune? Well, it sure as hell isn’t brown people! I have anxiously followed all the casting news coming out of this movie, and I cannot for the life of me identify even one actor of Middle Eastern heritage or ethnicity in the cast! Which is cool, because it’s not like Herbert’s text very clearly pulled from Middle Eastern cultures and Bedouin tribes or anything.

OH. EXCUSE ME. IT DID? THERE ARE ACTUALLY DECADES OF ACADEMIC AND LITERARY SCHOLARSHIP ABOUT THIS? YOU COULD JUST POP SOME KEYWORDS INTO GOOGLE SCHOLAR AND LEARN ALL ABOUT IT? OH. OKAY.

It is a strange time that we live in that I almost look fondly back upon the fact that Guy Ritchie’s otherwise very painful Aladdin adaptation at least cast an actor with Egyptian ethnicity in the lead role. THAT’S BAD. THAT’S A BAD SIGN. And it’s also sort of low-key depressing to read that Vanity Fair story, with its othering of Middle Eastern locations right from the get-go:

Timothée Chalamet remembers the darkness. It was the summer of 2019, and the cast and crew of Dune had ventured deep into the sandstone and granite canyons of southern Jordan, leaving in the middle of the night so they could catch the dawn on camera. The light spilling over the chasms gave the landscape an otherworldly feel. It was what they had come for.

“It was really surreal,” says Chalamet. “There are these Goliath landscapes, which you may imagine existing on planets in our universe, but not on Earth.”

OK, but Timmy, Jordan does exist on Earth. In fact, Jordanians live there. DID YOU CAST ANY OF THEM AS EXTRAS?

For Villeneuve, this 55-year-old story about a planet being mined to death was not merely a space adventure, but a prophecy. “No matter what you believe, Earth is changing, and we will have to adapt,” he says. “That’s why I think that Dune, this book, was written in the 20th century. It was a distant portrait of the reality of the oil and the capitalism and the exploitation—the overexploitation—of Earth. Today, things are just worse. It’s a coming-of-age story, but also a call for action for the youth.”

“Oil and the capitalism and the exploitation—the overexploitation—of Earth.” OK, you know what peoples have suffered most from that subjugation by, ahem, Western powers? ALL THE PEOPLE WHO LIVE IN THE MIDDLE EAST. Maybe it would have been cool if you had cast some of them? ANY OF THEM???? Did you even see Syriana, Denis?!

To be fair to Denis, aside from the casting of Zendaya—which people lost their mind about last year—there is another interesting casting note here: that the ecologist character Dr. Liet Kynes, “although always depicted as a white man … is now played by Sharon Duncan-Brewster (Rogue One), a black woman.”

That’s great. But the article’s only mention of the Fremen tribe, the clearest analogues to Middle Eastern tribes in Herbert’s text, clarifies that the leader of the Fremen will be played by Javier Bardem. Javier is great and everything, but his casting here reminds me of the casting of Pedro Pascal as a Dornish prince in Game of Thrones—the casting of an actor with South American ancestry to reflect the Moorish influence on Spain, rather than the casting of an actual Middle Eastern actor to, you know, reflect the Middle East.

The reality is that I will see Dune. I’m a sucker for desert armor and for the way that Oscar Isaac’s beard makes my entire body feels like it’s burning. Ahem.

just doing my part to make sure your feed is overly populated with this specific picture of oscar isaac from #dune because GOT. DAMN. pic.twitter.com/r6TsSXgvJi

But I’m so tired of having this conversation over and over again. So tired that Hollywood can barely make any space for actors of Arab, Iranian, Middle Eastern descent. Riddle me this: If the Fremen were villains—if they were terrorists, let’s say—would brown actors have been cast then? It depresses me that I think the answer leans toward yes.

Dune hits theaters, fingers crossed, on December 18, 2020. You can read the Vanity Fair story and check out more pictures here. 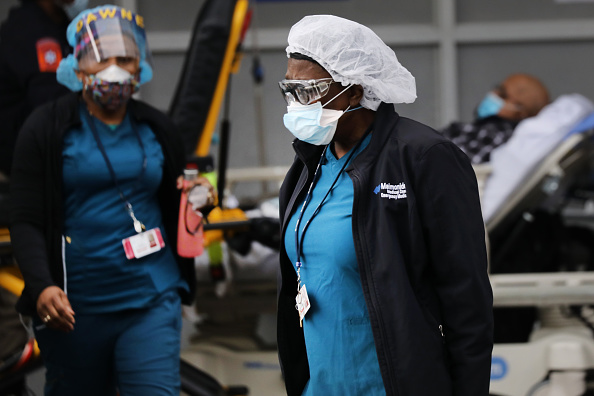