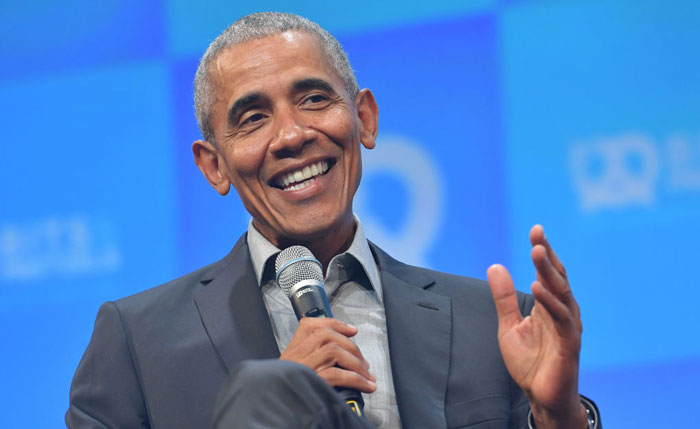 Over the weekend, former President Barack Obama took to Twitter to continue his tradition of sharing a list of his favorite films and TV shows of the year. This year, that list contains a mix of docs, dramas, foreign-language offerings, and female-fronted, female-created productions like Booksmart, Unbelievable and Fleabag: Season 2.

Next up are my favorite movies and TV shows of 2019. Of course, there’s also American Factory, a film from our own production company, Higher Ground, that was recently shortlisted for an Oscar. Here’s the full list: pic.twitter.com/PEcgwotcxm

Film Twitter inevitably reacted by lamenting the faves not listed, like Uncut Gems and Portrait of a Lady on Fire. TV Twitter was disturbed by Obama’s phrasing of “as powerful as movies,” which some took as shade. Many rejoiced in how their own lists crossed over. But the most excited reactions understandably came from the makers behind these movies and TV shows.

How you feel when your show makes your favorite President's "list of favorites" https://t.co/HsuHdJ4gr7 pic.twitter.com/FzpadYGwXW

And from Booksmart star Beanie Feldstein:

From The Farewell’s writer/director Lulu Wang:

Some official accounts responded as well.

We couldn’t ask for higher praise than this. 🙌 #Fleabag https://t.co/r6EC5YkftK

President Barack Obama must have also loved Fleabag: Season 1 when Phoebe Waller-Bridge masturbated to his speech. This is the unexpected content that we needed in 2019. pic.twitter.com/XnMHZji7Lz

The feeling is mutual. #Fleabag pic.twitter.com/iniY8oxJh9

Picturing Obama watching Fleabag will carry me through to 2020