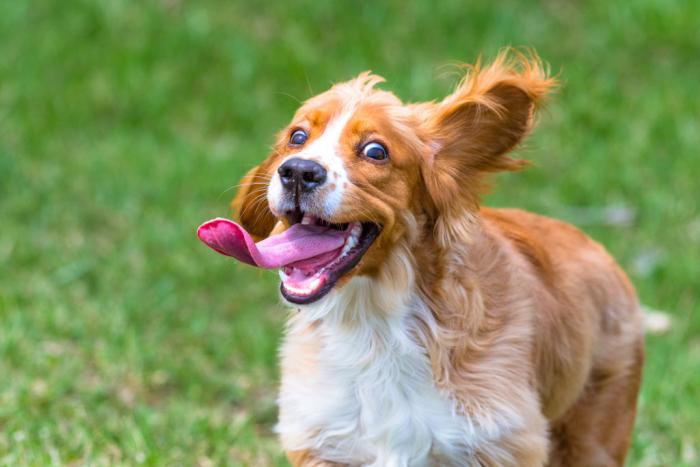 Here's a Dog Trying to Play Catch With a Shadow. That's It. That's the Post.

Please. Do yourself a favour, and click through on the link below. Just, please, you have to. Click through, and absorb it. Absorb all of it, and tell me it isn’t the most precious thing in the universe. That late afternoon golden glow bathing the world in a light that tastes like childhood memories. Those four dudebros playing—what? What is that? Bounceaball? Trampohandtennis? Whatever it is, it’s whiter than Pete Buttigieg’s ghost passing emerging from an avalanche. And then, finally, more than anything else—that absolute floppy-eared angel in the background, trying its damned hardest to play catch with a trick of that golden light, its boundless enthusiasm undimmed by repeated failures, the overwhelming torrent of its joy laying waste to all that stands before it—AND! And its little camouflaged friend who runs in to help! Friends, I am dead, and this GIF stands over my corpse, adorable sledgehammer in hand.

to catch it from r/therewasanattempt

← Twitter Reacts To Barack Obama's List of His Favorite 2019 Films And TV Shows | New Year's Resolutions (For TV) With Podjiba! →