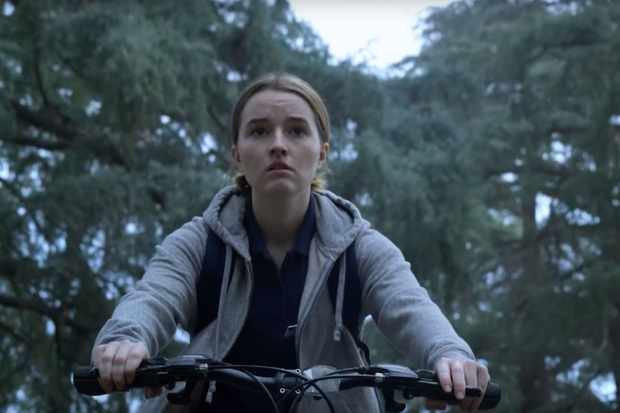 I don’t want to blame it entirely on Aaron Sorkin, but I feel like he laid a fairly heavy hand on the landscape of legal procedurals for the last almost three decades. Specifically, because he made Lt. Daniel Kaffee righteously yell a line in A Few Good Men. A line that showed that for all of his relentless belief in the goodness of humankind, Sorkin was fundamentally a realist making a realistic movie about the importance of legal investigations. That line? “It doesn’t matter what I believe, it only matters what I can prove.” And here’s the thing about that line: It’s bullshit.

It’s bullshit because even the belief that an investigator holds that they’re an impartial actor simply trying to discover the fundamental truths underneath a crime is a biased belief that biases the investigation. We’ve been taught for generations that cops are interested in “just the facts” without acknowledging that “facts” are significantly harder to determine than we’d like to admit. That “facts” don’t make themselves known outside of human intervention, and specific “facts” can be made more or less important depending on who’s reviewing them. Netflix’s series Unbelievable might be the first cop show to focus not on how “impartial objectivity” is the only way to handle an investigation, but how much that objectivity can actually f*ck it.

You’ll notice I used a spoiler warning at the top of this article, but that does feel a little weird given this is a true story reported and retold in at least three different methods. So the spoilers warning isn’t so much for plot points, but how those plot points came about. And in the simplest terms, a serial rapist was tracked down and convicted of twenty-eight counts of rape because two female detectives working rape cases in Colorado believed the victims. That’s mostly it. We could get into the details of how Detectives Karen Duvall (played by Merrit Weaver, who as always, is a goddamn gift) and Grace Rasmussen (Toni Collette, who continues to earn our undying affection even if the Academy is too stupid to give her a goddamn Oscar already) painstakingly track down every lead from every piece of evidence. But mostly none of it matters.

Not because the real-life detectives didn’t do astounding work to catch a man who terrorized women in at least two states, and not because the three leads in the fictionalized version of the investigation don’t just act the everloving hell out of every scene they’re in. It doesn’t matter because the series of rapes and the investigation surrounding them never should have happened. After he’s caught and convicted, the rapist Christopher McCarthy says he wants to speak with the authorities on his criminal activities so they know how to catch other rapists (or mostly to explain to everyone how smart he is for getting away with it for so long). And at that point, he admits to Special Agent Billy Taggart (played by Scott Lawrence), and not to either one of the lead detectives because “women make him nervous”, that his first rape, of Marie (future Oscar winner Kaitlyn Dever who, you guys, I cannot stress enough, is so goddamn good in this), was so messy he expected to be arrested the following morning. He knew he left physical evidence including hair, DNA, and fingerprints at the scene. All of which could easily be traced back to him because of his military service. He was there, waiting for the evidence and facts to catch him.

Only none of that evidence became “fact” because the lead investigator on Marie’s rape, Detective Parker (Eric Lange playing the thankless role as well as humanly possible) didn’t walk into the crime scene with the same understanding that Duvall and Rasmussen did. His belief in his investigation was that he was processing a crime scene, looking for any available clues, and following them where ever they might go. The victim he was dealing with factored in only so far as to support the beliefs he’d already made. His “objective” view of the crime scene, in Marie’s behavior, in what he expected to find and didn’t made him overlook the DNA evidence that would have ended a rapist’s career before the serial part. That’s the story. The crime was there to be solved, and this by-the-book detective couldn’t overlook his own beliefs long enough to solve it.

It would be really easy to make him the villain of the story (or the second villain because, again, serial rapist), but that wouldn’t really fit with the story either. Detective Parker didn’t screw up the investigation, wrongly accuse an innocent woman of falsifying a report, and ruin Marie’s life because he’s a villain. He did it because his understanding of the world didn’t require him to identify with victims of sexual assault. Because his experience told him that rapes and rape victims operate in specific ways, and if things didn’t add up, it meant no rape happened. He ruined a young woman’s life not because he wanted to deny that anything wrong had happened, but because he believed he was ultimately doing good work. Nothing in his belief system forced him to do better.

← Review: Brad Pitt Reminds Us Why He's a Star in 'Ad Astra' | Spoiler Review: The Best Thing About 'Rambo: Last Blood' Is The Word 'Last' In The Title →