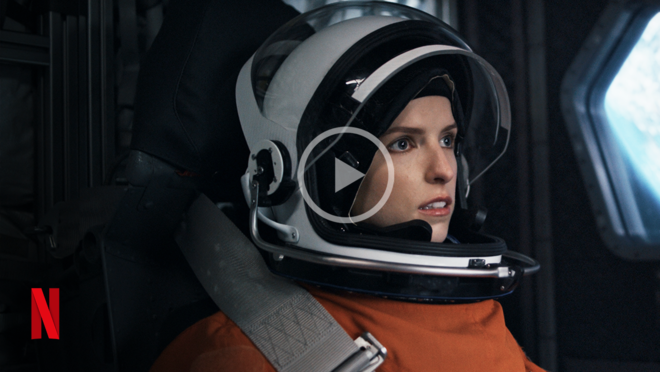 There have been SO many trailers hitting this week, a second post was a must! This time around we’ve got a slew of horror-thrillers, but also some wild comedies, a musical doc, and the latest from some Pajiba favorites, including Aya Cash, William Jackson Harper, Anna Kendrick, and Anthony Hopkins.

The Toll: Coming to theaters, On Demand, and digital on March 26.

Following its tour of film festivals, this spooky flick is bringing home a common scary scenario that turns supernatural. It’s late and dark when Cami (Jordan Hayes) calls for a car, putting her trust in a cringe-inducingly awkward driver (Max Topplin) who takes her down a remote backroad. When the car breaks down, she’s dubious of the driver. But is there something more dangerous in the woods?

The Believer: Coming to digital on April 2.

Paranoia, religion, and homegrown horror can be found in this thriller about a marriage that’s soured. Also, Billy Zane!

Boys From County Hell: Coming to Shudder on April 22. (In the US and Canada)

Get stoked! One of our favorites out of Nightstream is coming to Shudder! This Irish offering is a horror-comedy about a village under siege by a vicious vampire. With unique spins on typical lore and a cast that boasts a Derry Girl, this one’s not to be missed.

Stowaway: Coming to Netflix on April 22.

Anna Kendrick, Daniel Dae Kim, Shamier Anderson, and Toni Collette star in a hard sci-fi adventure about how an unintended stowaway throws a mission to Mars into total disaster terrain.

In The Earth: Only in theaters on April 23.

Ben Wheatley has brought us vicious visions of terror in Kill List, Sightseers, and High-Rise. Now, he’s turning his focus on “psychedelic freak-out folk-horror” with a pandemic-centered story about a scientist and park scout who venture into a dangerous forest.

Tiny Tim: King For A Day: Only in theaters on April 23.

Weird Al Yankovic narrates this biographical documentary about the eccentric singer who made a hit out of “TipToe Through The Tulips,” and went on to inspire the likes of David Bowie, Prince, Iggy Pop, and Boy George. And apparently Johnny Depp. Quoting him at the top of this trailer, it’s a choice!

We Broke Up: Coming to theaters and On Demand on April 23.

You’re The Worst’s Aya Cash and The Good Place’s William Jackson Harper co-star…that’s it, right? You’re sold? In case not, they play a couple that splits right before a big family wedding. So to not rain on the bride’s parade, they pretend they’re still together. Hijinks ensue. Hopefully sexy hijinks.

Wildcat: Coming to theaters April 23, then digital and On Demand April 27.

Georgina Campbell stars in this survival thriller as a determined journalist, who must fight for her life once captured by terrorists in the Middle East. But also maybe she’s secretly a kick-ass CIA agent? Yeaaaah. This one looks like it’s been spawned from a cringey script that’s been gathering dust since the ’80s.

The Virtuoso: Coming to theaters, digital and On Demand on April 30.

Anson Mount stars in this espionage thriller as a hitman with recklessly vague instructions. He knows he has to kill SOMEONE in a certain sleepy country town. He knows when the hit must go down. He just doesn’t know who. Anthony Hopkins co-stars and seems to be dedicated to giving a Transformers: Dragon Bots level performance. (No. That’s not what that movie was actually called. It just SHOULD HAVE BEEN.)

Initiation: Coming to theaters, On Demand, and digital on May 7.

Frat parties, social media, and a scenic campus become the hunting ground for a tech-savvy slasher in this horror thriller.

Queen Marie: Coming to VOD and digital on May 7.

Based on true events, this historical drama focuses on the Romanian Queen who faced incredible adversity in the wake of the First World War.

Drunk Bus: Comes to theaters and VOD on May 21.

Charlie Tahan stars in a buddy-comedy about a twenty-something left aimless by a bad break-up. Then, a 300-pound, tattooed, punk rock Samoan called Pineapple (Pineapple Tangaroa) came into his life…well, onto his bus.

← Sharon Stone Was Once Asked to Sleep with a Terrible Actor to Create 'Onscreen Chemistry' | Review: From the Mad Mind That Brought Us '[REC]' Comes 'The Vault' →