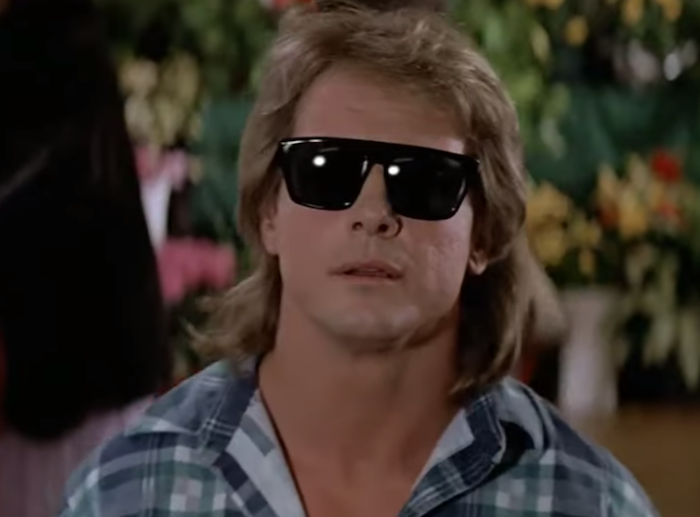 'They Live,' Starring Roddy Piper, Came to Chew Bubblegum and Kick Ass and Now It's 31

They Live was released 31 years ago on this day (shout out to Overlord Brian for posting about it on Twitter!)

It seems as good a time as any to celebrate the movie, because They Live is eternal. Well, for me at least. I can’t remember the first time I saw this movie but all I know is I’ve seen it too many times to count and I feel like it’s always been a part of my life. Maybe that’s because Rowdy Roddy Piper was basically a god in our house growing up, and everyone in my family agrees that “I have come here to chew bubblegum and kick ass, and I’m all out of bubblegum” is the single greatest line in movie history. Hopefully, you do, too.

Then there is, of course, that fight scene:

The most drawn-out, overly-long fight scene in movie history and nothing can top it. Just when you think it should end, it goes on for like, three more minutes, passing the point of “WTF” into full “Hell, yes!” territory. No quips, no fancy shots, just two grown-men, grappling on the ground because one won’t put on the other’s magic sunglasses. Movies do not get better than that. I defy you to name a better scene.

The thing about They Live is—while the fashion may seem dated, the storyline is eternal because America still loves it some capitalism a lot. Like, a lot, a lot. You know how much you love pizza? That’s how much this country loves reinforcing a system where inequality is paramount to its success and that’s not even taking into account racism and sexism, which capitalism loves (and needs) also.

They Live is a story about the haves and the have-nots, and the unjust system that maintains the status quo. Only, the haves are a bunch of aliens who have come to this world to dominate and enslave and utilize the system in order to do it. The only one who knows the truth is Piper’s “John Nada” who has a pair of sunglasses that, when worn, reveal the truth: That aliens walk amongst us and are using subliminal messaging in our media to keep us complacent and obey, with messages that literally tell us to “Watch TV,” “Submit,” “Marry and Reproduce,” “Work 8 Hours a Day,” and “Buy” among others.

Naturally, a character played by Rowdy Roddy Piper isn’t going to take this lying down and he goes on a one-man mission (with some friends he makes along the way) to dismantle the aliens’ signal in order to show the world what, and who, they really are. (Living in Trump’s America, in 2019, it does make me wonder if the reveal at the end to humanity changed anything. I like to think it did, but have a nagging fear that maybe it didn’t….)

Now, on the surface this movie could come across like some high school freshman’s personal essay because, let’s be honest, there’s a lot that could go “Chad” with this subject matter. That’s where Piper becomes essential because like I said, that dude just came here to chew bubble gum and kick ass. He’s ready to brawl at all times, which is the best part about this whole movie—the unending brawls he gets in to. Remember, he is a wrestler at heart, and isn’t about those choreographed fancy-fights Van Damme loves so much.

No, he just likes to fight.

Couple that with the very present-feeling housing crisis the characters face (including a scene with cops coming to clear out an encampment, which I see happen all the time in L.A.), and the John Carpenter-penned soundtrack that primarily consists of bass lines repeated over and over, and well, in the immortal words of Carl Weathers, you’ve got a stew going!

They Live brings us together. Well, it brings the people who are worth being around together.

Over a decade ago, I worked in a pizza restaurant with an active bar in DC. When things were slow, they’d let me pick what they’d show on the televisions at the bar (I suspect as a low-key way to get everyone to leave the place so we could go home early) so of course, I put on They Live as many times as humanly possible. We once had a new person to the neighborhood come in and request that we turn off the movie and put on a hockey game instead. She was met with a combination of laughter and blank stares, and was promptly told “why would we turn off They Live, for that?!”

Friends, she became a regular because once she saw They Live, she knew that the establishment made the right call, here. You can never go wrong with They Live. Ever.

So in honor of its release, I encourage you all to get some bubblegum and kick some ass, however you feel best encompasses the spirit of its momentous release. Or you can find it on streaming and watch it for the first, or fiftieth, time. Whatever you prefer.

← 5 Shows After Dark: 'His Dark Materials' Premiere HBO, 'The Good Doctor' ABC, '9-1-1' Fox | Negan Reckons With His Own Destructive Legacy on 'The Walking Dead' →