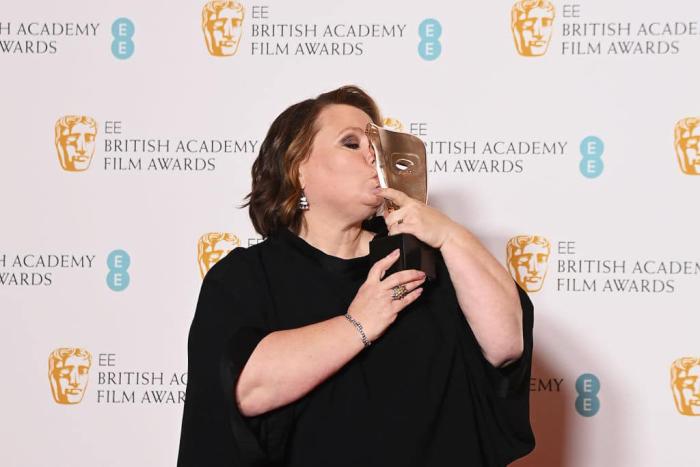 The Problem with the BAFTAs: They’re So Desperate to Be the Oscars

The 2022 BAFTA awards took place Sunday night and the results were so predictable that you could have set your watch to them. While there were a few delightful wins and nothing particularly egregious in terms of snubs or shocks, it was tough to get enthused about proceedings. The acting winners who we’re all expecting to win on Oscar night took home awards on Sunday evening. Victory narratives were thoroughly cemented, a path made all the more obvious by the results from the Critics Choice Awards, which also took place that night. The Academy could still throw us a few curveballs, but I personally wouldn’t advise anyone to radically shake up their Oscars ballot.

The BAFTAs have been in a weird spot for a while now. Ostensibly designed to promote achievements in British cinema, the ceremony used to take place after the Oscars and was far less concerned with copying its American counterparts. They were famous for left-field nominations, from Eddie Murphy for Best Supporting Actor in Shrek to Alan Rickman winning that same award for Robin Hood: Prince of Thieves. Eventually, however, the ceremony moved to before the Oscars and slowly the nominees and winners fell in step with the Oscars narrative. Soon, the entire affair became depressingly predictable as well as staggeringly white. At times, the BAFTAs managed to be less diverse than the Oscars, which seems like it would have been impossible. British film, in particular, seemed to suffer, unless it was already decreed to be the Academy’s darling-in-waiting. That meant years where incredible British films like Apostasy, You Were Never Really Here, and Ray & Liz were mostly overlooked in favor of, uh, Bohemian Rhapsody.

A couple of years ago, BAFTA knew they had to make major changes. And they did. Instead of having their members pick the nominees, they allotted those duties to a small jury of experts, and the results were instantaneous: the 2021 nominees were far more interesting, diverse, and focused on British cinema big and small. It was truly exciting to see the likes of Rocks, Saint Maud, and His House nominated alongside expected Oscar fare. How cool was it to see FOUR women in the Best Director category?! The voters suddenly had more intriguing choices to make… they just didn’t make them. The top eight prizes fell entirely in line with what the Oscars picked.

It feels telling that the only way the BAFTAs can reflect the achievements of British film, that they can deviate from the staid Oscar predicators’ path, is in categories with zero Oscar nominees in them. This year, Best Actress had six nominees and none of them are competing for the Academy Award. Instead, the brilliant Joanna Scanlan won for her stunning performance in After Love, beating the likes of Lady Gaga, Alana Haim, and Renate Reinsve. This was a real highlight of the evening, a moment for the industry to celebrate a stalwart figure who has otherwise been excluded from the season.

None of this is to detract from the winners of Sunday night, many of whom are excellent and deserving of the top prizes. It’s thrilling, as a Jane Campion mega-nerd, to see her receive the recognition she’s long deserved. Troy Kotsur and Ariana DeBose are making history. Will Smith’s victory lap is a fitting climax to his iconic career. It just feels like such a massive missed opportunity for a group supposedly committed to supporting the best, the brightest, and the undiscovered gems of cinema to giddily treat themselves as the Smithers to the Oscars’ Mr. Burns.

Really, this is a problem with awards season as a whole, an overblown cottage industry defined by merciless campaigning, staid voter bases, and extremely narrow definitions of prestige. It’s a cycle we go through every dang year, so I don’t know why I find myself annoyed anew when the same old paths are taken. Maybe it’s because, when change does happen, it feels so affirming of the power of cinema. Think of how rapturous we all were when Parasite broke the rules to become the first film not in the English language to win Best Picture. I think I made weird noises only animals could hear when I saw Drive My Car land those major nominations. Change is possible, and even the Oscars are making progress, albeit at maddeningly incremental levels. Remember, this is still the organization that gave Best Picture to Green Book in the 21st f**king century.

We know the Oscars and awards season, in general, are not the be-all and end-all of cinematic merit. There’s seldom any correlation between a film winning an Oscar and it truly is the best of the year. We don’t consider Hitchcock or Kurosawa bad directors because they didn’t win a little gold man. We know this. I’m pretty sure I recite this same spiel every year. I should just get it embroidered on a pillow or something. The industry doesn’t want to choose the best so much as it wants to offer a reflection of its current values and priorities. They like winners more than scrappy underdogs. They award gorgeous female ingenues then ignore them after they turn 35. Directors who aren’t straight white men still fight for their films to even get seen, let alone receive an awards campaign. And then there are the weird films, the true provocateurs and politically prescient narratives, the movies that are immediately dismissed from the awards discourse, even by people who love them, because they’re ‘not Oscar films.’ It’s a never-ending circle, the snake forever eating its own tale. And christ, it’s dull. Look, I don’t care about sports and I seldom write about superhero movies, so this is what I’ve made my career. Let me have some variety.

So come on, BAFTA. Remember what you used to be about, and spend less time trying to impress the surly uncle in California who’s still mad that we asked him to acknowledge that people of color exist.

And let us have the full bloody ceremony. The two-hour edit where we don’t get to see tech winners but have to endure EVERY Rebel Wilson joke is just cruel.