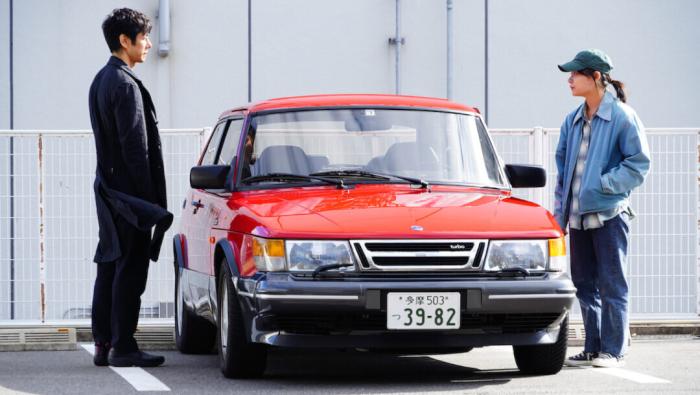 Why You Should Watch ‘Drive My Car,’ This Year’s Surprise Best Picture Nominee

The morning of the Oscar nominations always brings with it a slew of emotions. We don’t necessarily expect surprises from the Academy, an institution with one foot firmly in the past and a penchant for the thoroughly middlebrow. Yet even the old grey men of Hollywood can throw us a few delights. For 2022, few moments during the nomination announcement seemed to excite critics as much as the four nominations for Drive My Car. Japan’s entry for the Best International Film category was expected to be shortlisted in that field, and it was, but even the film’s most optimistic supporters couldn’t have foreseen how far its reach would go. Not only did it land a coveted Best Picture nomination, but the director Ryusuke Hamaguchi is nominated for both Best Adapted Screenplay and Best Director, winning a spot in the latter category over the likes of Denis Villeneuve and Adam McKay. It’s the first Japanese movie to be nominated for Best Picture, a mighty honour given the country’s immense cinematic history.

Drive My Car is the anti-crowdpleaser flick: a three-hour-long, languidly paced drama about personal and romantic relationships with an extended subplot focused on rehearsing for a play and long scenes of, what else, driving. Said car is owned by Yūsuke Kafuku (played by Hidetoshi Nishijima in one of the best performances of 2021), a theatre actor who uses his commutes to rehearse his lines. Several years after the devastation of his wife’s death, Yūsuke accepts a job directing a multi-language production of Uncle Vanya in Hiroshima. The theater company requires that Yūsuke be accompanied by a driver, an unassuming young woman named Misaki Watari (Tōko Miura.) To explain the plot in this manner simultaneously feels like revealing too much and not enough about Drive My Car. Its emotional rewards are extraordinary in a way that describing what happens cannot truly convey.

Hamaguchi makes no bones about the fact that Drive My Car requires patience. It’s a film where the opening credits don’t appear until 40 minutes in. As Yūsuke engages in the mundanities of his personal and professional life — rehearsals, long drives, awkward dinners — the stain of unresolved trauma seeps into every crevasse. There’s resentment in his eyes, the pain of things left unsaid and problems unsolved that may never reach a satisfying conclusion. Hamaguchi doesn’t offer anything so simple or easy-to-consume as a tragic monologue or awards-baity breakdown for his lead. Rather, Yūsuke quietly unfurls, restrained but evident in the little details. It’s not just him either. His driver, a woman who seems to do little but smoke and drive very well, has familial pain untapped for years. His leading actor is trying to make a comeback after a public scandal, an issue made all the worse for Yūsuke by his belief that the young man may have prior connections to his wife.

Drive My Car is adapted from a short story by Hakuri Murakami. Even though said story is concise, Hamaguchi makes key changes to the material that open it up to a more deftly layered exploration of empathy. There’s intricacy to its structure that may not reveal itself immediately to the viewer. Don’t expect a traditional three-act tale here or those beats we often crave with storytelling. Yūsuke shares some tense moments with hot-headed Takatsuki, the actor he’s hired to play a very against-type Vanya, but no melodrama seeps out of their conversations. Both want answers from one another but it would be too easy, or actually maybe too difficult, to simply ask them. Even if those much-desired bursts of rage or sobbing are hungered for, by the character and audience alike, life will go on beyond them and sometimes it’s simply best to accept that the answers won’t heal us.

The stage is a space for catharsis and a production of Uncle Vanya, one of the great Russian plays about dissatisfaction, seems ideal for such a collective of carefully concealed pain. The production that Yūsuke is directing has each of the actors speaking in their native languages, including Japanese, Korean, and sign language. The script is the same, but the lines of communication are greatly skewed. It makes for a performance that is more universal in theory but further emphasizes the wider narrative’s ideas of isolation and its consequences. The actors know their lines and how to respond to their fellow actors, but can they find that much-needed release? Can the audience?

We talk a lot about how, in certain films, the setting is a character unto itself. Here, it’s the car. It’s a red Saab 900, with two doors and some wear and tear in the edges. There’s a tape recorder instead of a CD player. Yūsuke is possessive of his vehicle, particularly in how pivotal a part it plays in his rehearsal routine, but eventually relents to allowing Watari to chauffeur him. Hamaguchi shoots the car’s long drives through the streets of Hiroshima, a city with a well-known traumatic past, with uninterrupted peace. Even on crowded roads, the red Saab stands out, a symbol of freedom that allows Yūsuke a means to literally and mentally come and go from his solitude and into reality. Hamaguchi centers a man who is eager not to be noticed, and through his simple gaze, we see everything in those micro-moments where the stoic curtain ripples. Like Vanya, sometimes, all we can hope for is the promise of something better down the line, a moment of peace when the curtain falls. Of course, just because a movie ends, that doesn’t mean the story does, at least not for Hamaguchi, who is keen to remind the audience that whatever closure Yūsuke, Watari, or those around them may achieve, it’s the living after that moment that matters most. It may not be exciting but it’s theirs.

A lot of people will read rave reviews for Drive My Car and run in the other direction. It is, in fairness, a tough sell to viewers who don’t like slow cinema or crave more than what such quietness can offer. For those who are on board, however, the rewards are rich. At a time when there are real worries over the future of low-to-mid-budget cinema intended for adults that’s cape and explosion-free, Drive My Car possesses an urgency that belies its calm exterior.

Drive My Car is currently playing in theaters nationwide.