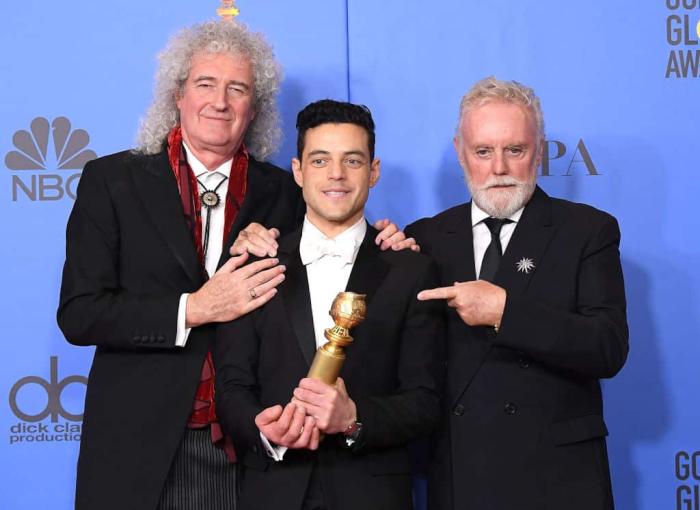 Don't You Effing Dare Try to Make a 'Bohemian Rhapsody' Sequel, Brian May!

Let’s start this week off with some terrifying entertainment news.

Remember Bohemian Rhapsody, the abysmal Queen biopic directed by an accused serial rapist that inexplicably made close to a billion dollars despite being horrendously bad and a heinous insult to the memory of Freddie Mercury? Remember how furious it made us (read: me) to see such an ineptly made piece of dreck try to rewrite history, including the date of Mercury’s AIDS diagnosis, all while positioning him as the egotistical drag on the true geniuses of the band, Brian May and Roger Taylor? You know, the film that WON FOUR OSCARS AND GOT NOMINATED FOR BEST PICTURE?! I still have a lot of feelings on this.

Well, it’s been a couple of years since it was released and Brian May will not let me know peace because he wants a sequel! During an Instagram Q&A, as reported by the Daily Mirror, May said that ‘we have been looking at ideas’ for a sequel.

You’d think this band had enough money, but nope. Also, it wasn’t bigger than Gone With the Wind. Accounting for inflation, that’s still the highest-grossing film ever. Not even James Cameron or the Avengers can come that close.

But it is true that, despite our many warnings, Bohemian Rhapsody made a lot of money, and that usually means a sequel of some sort. So, where on earth would such a film go? Would May and Taylor be callous enough to make a film that shows Mercury’s descent into illness? How much more could they f**k around with the legacy of a man no longer here to defend himself?

Many years ago, Sacha Baron Cohen was attached to play Mercury in the film and he eventually dropped out. He later explained to Howard Stern that May’s ‘big idea’ for the film would be to have Mercury die halfway through then dedicate the rest of the film to how the remaining band members stayed together in triumph. The ego! Maybe that’s the grand plot May’s saving for Bohemian Rhapsody 2: Actually, Brian May’s The True Hero.

I imagine that accused serial rapist Bryan Singer won’t be coming back for this film, although given that Fox, the band, and a whole load of executives giddily hired him in the first place despite the open secret of his alleged crimes (and sh*tty on-set behavior), who the hell knows?