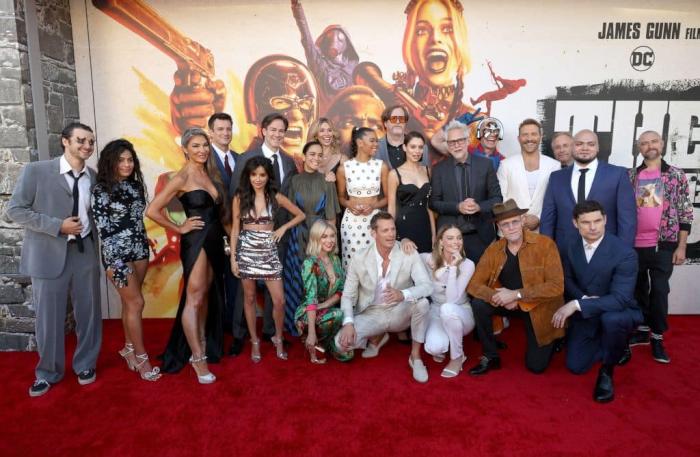 Superhero movies are back in cinemas this year. It was a tough few months last Summer not having eighteen of these films to think about at all times. Long before the pandemic irrevocably changed how we do business at the cinema, the industry was in a downward shift. Audiences weren’t going to the movies as frequently as they used to, and even though a lot of films were breaking records, attendance wasn’t evening out to show that. So, you can imagine how much that’s taken a nosedive these past few months. I mentioned this last week but it really doesn’t feel like audiences are jumping at the chance to swarm back to the cinema. Can you blame them when the infection numbers are rising at current rates? Scarlett Johansson already has her lawyers figuring out how she can make it out of this industry wilderness without being short-changed.

There was one wide release this weekend and it didn’t reach the numbers people thought it would. Warner Bros. and DC’s The Suicide Squad may have been rapturously reviewed — even I liked it — but it seems it wasn’t a guaranteed money-maker. The film grossed $26.5 million from 4,002 theaters. As always, the rules are different right now because this film is also on HBO Max and, you know, COVID. As of the writing of this piece, America is now averaging 100,000 daily COVID-19 infections thanks to states with low vaccination rates and the Delta variant surges. So grumbling about a film’s profits and why numbers are down feels pretty effing stupid. Studios are now back to pulling films from the schedule for 2022 releases — and beyond — but clearly, it’s not a strategy they can repeat too many times. We could probably talk about how The Suicide Squad may have suffered from its hard R rating or audiences’ disinterest in that particular franchise or confusion over whether this was a sequel or reboot or whatever. Really, though, we know why it stumbled. 100,000 new cases a day.

And it’s not just new releases. The week-on-week box office drops are high: Jungle Cruise fell by 55.2% from its opening weekend; The Green Knight saw a 61.8% decrease. Can you blame people for not wanting to risk it right now? If only the studios were so clear-eyed, although I imagine contractual disputes with theaters, their own scheduling pile-ups, and a general desire for money are getting in the way.

In indie release news: Drama John and the Hole made $16,500 from 42 theaters; documentary Bring Your Own Bridage managed $7,000 from 27 theaters; The John Boyega starring comedy-drama Naked Singularity grossed $3,050.

← Andrew Cuomo is Cooked | Don't You Dare Try to Make a 'Bohemian Rhapsody' Sequel, Brian May! →