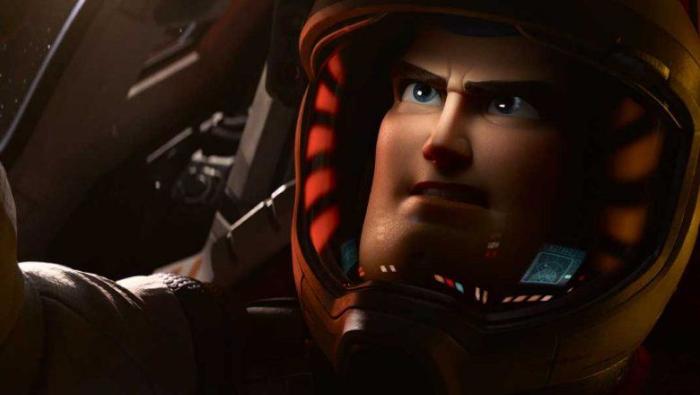 The New Trailer For Pixar's 'Lightyear' Takes Us To Infinity And…

Here is the first official trailer for Lightyear, the film based on the character Buzz Lightyear from Toy Story, starring Chris Evans as the titular space ranger.

To infinity and … 🚀 Experience the origin story of a Space Ranger in Disney and Pixar’s #Lightyear, in theaters Summer 2022. 💫 pic.twitter.com/B8kRwSDYSO

It seems that Disney just can’t get enough of interrupting Evans reciting his character’s catchphrase with a cut to black. Took him years to finally say “…Assemble” and they put him right back at square one with “… Beyond”. SMDH.

When this project was first announced at Disney’s Investor Day last year, there were reactions in the neighborhood of, “Wait, why are they making an origin film for Buzz Lightyear? Toy Story already exists.”

But it makes sense when you think about it. The first Toy Story established that Buzz was part of a popular kids franchise that included a TV show, which was described enough to give the toy character enough of an established personality to make his later character development make sense. Even outside the context of our current deluge of cinematic universes and interconnected films, having a concept established enough to have a potential audience while also vague enough to allow for creative gap filling is quite appealing for studios in a lot of ways.

In fact, it made so much sense to expand this little slice of worldbuilding that a lot of cartoon nerds (myself included) pointed out that Lightyear is NOT the first attempt to do so with this character. Buzz Lightyear of Star Command was an animated series based on the similar premise of “the in-universe TV show the toy was based on” starring Patrick Warburton as the title character, as well as other recognizable voices burned into Millennial brains like Nicole Sullivan and Diedrich Bader. YouTube channel Defunctland created a pretty thorough video about BLoSC.

Now it looks like Lightyear will be taking a different route than BLoSC, coming off as a more grounded space opera/exploration take on the character. Details are still scarce at the moment. I’m intrigued, both because the premise is flexible enough to go in this different direction, and also because I am a sucker for stuff like this. But I’m also a bit saddened that this feels like another step in erasing BLoSC, which still isn’t on Disney+ as of press. I would imagine Zurg would still be involved if the ominous red light is any clue.

It’s also a bonus that Evans, even at his most annoying, is still more likable than Tim Allen and his whinging.