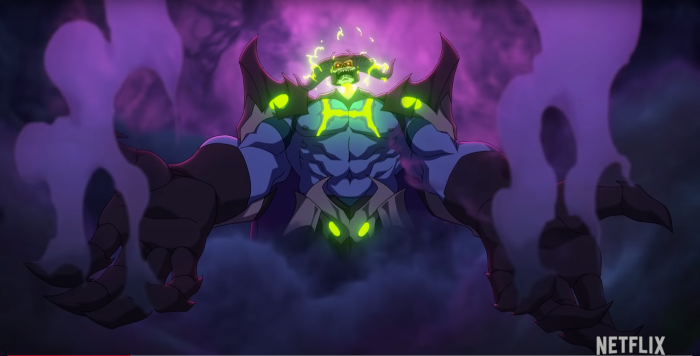 'Master of the Universe: Revelation' Part 2 Trailer: Prepare for War. With Fans.

It started yesterday. A low, distant moaning as though 10,000 gatekeepers began bellyaching at once. As is so often the case on the internet, Mark Hamill and Kevin Smith were involved.

Thanks for the reminder to plug the show! @MastersOfficial Revelation Part 2 hits @netflix on November 23rd - just in time for Thanksgiving, turkeys! Skeletor has become SkeleGod but the fury of He-Man is about to be unleashed! Who will rule the Universe? (My guess is Cringer.) https://t.co/2v8VYBqxz2 pic.twitter.com/nvd205o431

As you may recall from this past July, Part 1 of Masters of the Universe: Revelation outraged the He-Fans to a degree unheard of since the last time one of their childhood fantasies got updated for modern audiences. They forgot how television works and were shocked, shocked I say by the “death” of He-Man\Prince Adam. They hated the levels of estrogen in a MotU show focused primarily on Teela, Evil-Lyn, and new character Andra. They loathed Teela’s side-cut, her triceps (Note to Kevin Smith: Tri-Ceps would make a great Skeletor crony), and the total lack of D-cups. If an inflamed left testicle could type, it would complain about it being “more like She-Man” in the comments.

Of course, by the end of Part 1, the Sword of Power was repaired, magic returned to Eternia, and both Prince Adam and Skeletor were alive once more. Adam returned from Eternia’s version of Valhalla while Skeletor, hidden all this time in Evil-Lyn’s staff, came back just in time to stab Adam in the back, seize the Sword, and upgrade into Skele-God, a fiery and weirdly muscular skeleton. You know, basically what Kevin promised all along.

Now, finally, Netflix released a trailer for the second part of Season 1, and it comes with a lot of potential spoilers. Will it dampen the outrage? What do you think?

The answer is no.

Still, there’s a lot to like about this action-packed first look. Everyone gets a power upgrade, many side characters are present, and He-Man’s breasts are back. 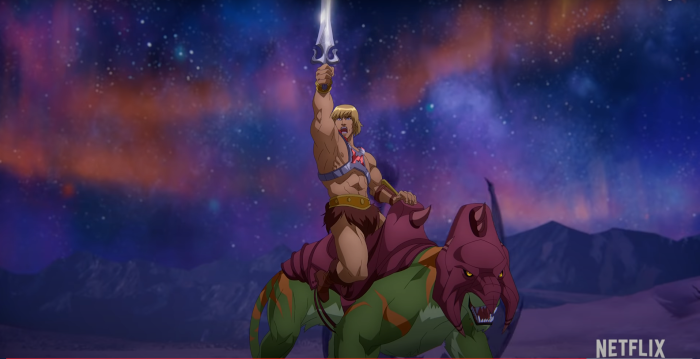 Come for the man-boobs, stay for the anime-inspired fight sequences.

Releasing November 23rd because I don’t have enough to watch then between Wheel of Time and Black Friday, Part 2 promises more action, more drama, and more rippling, homoerotic slabs of man-meat than ever before. We’ll see how the He-Fans respond.


← The New Trailer For Pixar's 'Lightyear' Takes Us To Infinity And ... | James Acaster Tells Dave Chappelle Where To Stick His Anti-Trans Act →