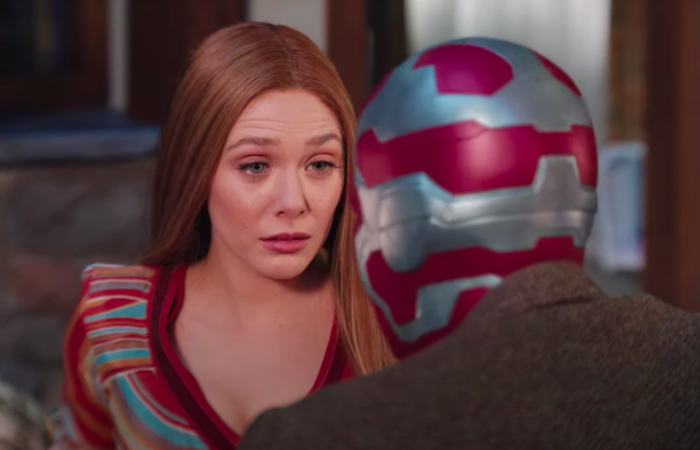 The 15 Biggest Disney Announcements at Investor Day, and the Freedom of Too Much

I got nothing against the Star Wars franchise, and I even consider myself a big fan of the MCU, but there was something strangely liberating about the deluge of announcements that came from Disney headquarters yesterday. There was too much, and the freedom in that from those of us who like to stay on top of everything (sometimes regardless of quality), is that it won’t be possible. We can let that illusion go now.

The Mandalorian — a show I like well enough — is an event series, because it’s the only one. Disney announced something like 10 more Star Wars series last night, including a few The Mandalorian spin-offs, in addition to dozens of other series, and what that means is that Disney+ is just another network now, like ABC (owned by Disney), Fox (also owned by Disney), NBC or CBS. They put out 25-30 shows, and we can pick and choose which ones we like. They’re not all going to be The Mandalorian-sized hits. Some will do well, some will be canceled after a season; some will barely scrape by for three or four seasons before fading away.

Disney, by announcing reboots and remakes of nearly every IP they own, has made themselves … ordinary. This is not necessarily a bad thing. Disney is a corporate hegemony, and it’s always acted like one. Now it’s just a lot more obvious (these announcements were made, after all, to investors on INVESTOR DAY). I’m looking forward to some of these shows and movies. I’m going to enjoy many of them with my kids. But there will be a lot of crap to sift through to get to the best stuff. I do hope you consult your favorite pop culture websites to find out what’s best, especially those independent ones that have no allegiances to the studios and, in fact, enjoy rising up in the cafeteria and stabbing them with our sporks when it’s warranted. Those voices will be valuable in the streaming wars.

There were over 50 announcements at the Disney event last night. Here, ranked, were the 15 best.

15. There’s a lot of Disney and Pixar animated series coming (Zootopia Plus, Baymax, Dug Days, and Moana musical series), but the one my younger kids will be most interested in is Tiana, based on the character from Princess and the Frog.

14. Hawkeye, with Hailee Steinfeld, will premiere in the fall.

13. The Falcon and the Winter Soldier got a new trailer and a March release date. It looks kind of basic.

12. Encanto, is a new Disney movie in development set in Colombia, with music by Lin-Manuel Miranda.

11. Marvel is taking a crack at another The Fantastic Four film, this one from Jon Watts, the director of Spider-Man: Homecoming and Spider-Man: Far From Home

10. Loki will arrive in May, and we got a good gander at that.

9. Ms. Marvel’s Iman Vellani’s Kamala Khan will appear in Captain Marvel 2. The series got a sizzle reel, too.

8. After initially denying it, Tatiana Maslany will in fact play the lead in She-Hulk on Disney+. Mark Ruffalo’s Hulk will make an appearance.

7. There will be two spin-offs of The Mandlorian on Disney+, Rangers of the New Republic and Ahsoka (that Rosario Dawson character).

6. There were a number of other Star Wars series announced, as well (one about Obi-Wan Ben Kenobi that will feature Hayden Christensen), Andor with Rogue One’s Diego Luna, Lando, Droid Story (about C3P0 and R2D2), but the one I found most intriguing was The Acolyte, directed by Russian Doll creator Leslye Headland. It’s set in the High Republica era of Star Wars, and that’s all we know, except that Leslye Headland is running it, and that is intriguing.

5. They announced Lightyear, a movie exploring the origins of Buzz Lightyear, who will be voiced by Chris Evans.

Blasting into theaters June 17, 2022, Lightyear is the definitive story of the original Buzz Lightyear. Voiced by @ChrisEvans, get ready to go to “infinity and beyond” with Lightyear. 🚀 👨‍🚀 pic.twitter.com/LdYXlN33sP

4. Ant-Man and the Wasp: Quantumania was announced, with Peyton Reed back as director, and everyone else coming back, too (including Michelle Pfeiffer). Jonathan Majors will play the villain, Kang the Conqueror.

3. Ryan Coogler will be back for Black Panther 2, which will arrive in theaters in July 2022, and they will not recast Black Panther. The movie will, instead, explore the universe of Wakanda and its characters.

2a. Wandavision is coming out on January 15th, and there’s a new trailer. It looks terrific.

2b. Disney Plus announced a new Chip n’ Dale series, to be voiced by John Mulaney and Andy Samberg.

Chip and Dale are back in a hybrid live-action-animated feature directed by Akiva Schaffer and starring John Mulaney N’ Andy Samberg.

← The Kardashians Merged With Disney, It's All Over for Us Now | Ranking the Ten More Modest Hulu/FX Announcents at Investor Day →