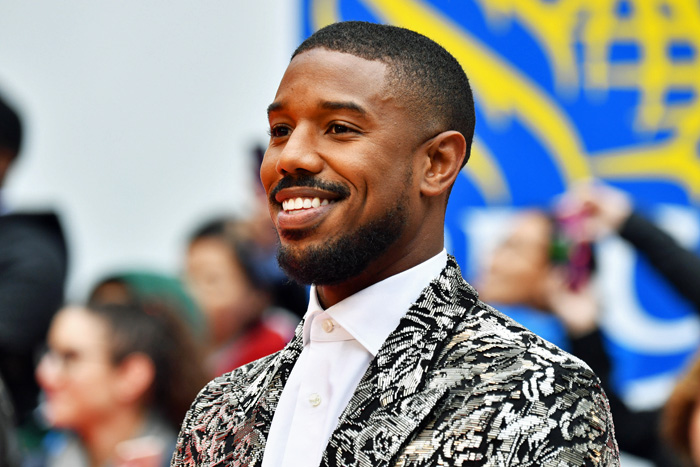 The New Future of the DCEU: Michael B. Jordan as a Superman and R-Rated Movies out the Butt

Unlike the Marvel Cinematic Universe, which just capped off a massive, decade-long 22-movie endeavor with Avengers: Endgame, the DC Comics films have had… some struggles. However, after Warner Bros. finally realized that letting Zack Snyder turn its beloved characters into grim-dark, Randian super-dicks was a huge mistake, the studio managed to find blockbuster success with Wonder Woman, Aquaman, and the recently released Joker. Turns out, Patty Jenkins was right when she championed standalone films at the beginning of 2019, and it seems like Warner Bros. has learned that lesson as it continues to chart the cinematic future of DC Films, which appears to be the new name after years of the awkwardly worded “DC Extended Universe.” The only way to mess things up is to make wild decisions trying to chase the billion dollars it just made by randomly altering future films.

According to a new info dump over at Variety, the situation at DC Films is still in a haphazard state of flux as Warner Bros. continues to throw things at the wall to see what sticks. One of the things that stuck is an R-rated Joker movie, so you can already guess what execs did with that info:

“Joker” became the first DC release to nab an R rating, but it won’t be the last. “Birds of Prey” is also expected to get a similar rating and insiders predict that James Gunn’s upcoming “Suicide Squad” sequel will also be R-rated. In the case of “Birds of Prey,” the film won’t be in the pitch-black, grim vein of “Joker.” Insiders describe the film has a more humorous, spirited, girl gang adventure, albeit not one for younger children. A series of recent reshoots dramatically improved test screening results and the studio is confident “Birds of Prey” will be a hit when it opens in February.

Granted, maybe these movies will turn out just fine, but I can’t tell you how many times I’ve seen reports of a superhero film using Deadpool and Logan as an excuse to go for an R-rating as if that’s the sole factor behind those movies’ success. There’s more to it than just dick jokes, dismemberment, and F-bombs, even though I just described 97% of the plot of Deadpool.

Fortunately, it seems like DC Films is weighing a far more interesting and bolder move with a major property.

Back when Henry Cavill was maybe, sort of fired as Superman — It’s, I’m so sorry, up in the air. — there was a barrage of reports that Warner Bros. was pursuing Michael B. Jordan as the new Man of Steel. At the time, these reports were viewed as a negotiating tactic, but Jordan has since confirmed that he did meet with the studio. Except there’s a catch, according to Polygon, Jordan told Oprah he pitched them a movie featuring Calvin Ellis, the black Superman of Earth-23 who also happens to be the President of the United States. (Comic books!)

As for where the talks with Jordan stand now, Variety reports that he’s still being eyed to play Superman in a film possibly produced and/or directed by J.J. Abrams, but there’s no indication if Jordan would portray the traditional Clark Kent Superman or if the studio would start playing with the DC Multiverse and pull the trigger on the Earth-23 version. There’s also the issue of Cavill fighting to keep the role, and he’s reportedly getting an assist from The Rock. The two share an agent, and she’s working hard to back-door Cavill’s Superman into Black Adam and give him a chance to shine outside of the Snyderverse.

Obviously, the solution is to let Jordan play the Earth-23 Superman. Not only is it the exact role he pitched to the studio, it also allows Cavill to return with very little confusion. But who the hell knows what Warner Bros. will do? Especially when the studio is still making odd decisions with these characters.

‘Batgirl’ Got Back-Burnered to Chase After the Flash Movie

After burning through 800 writers and directors, you’d think DC would give up on a Flash movie and content itself with the character starring in a popular TV series on The CW. NOPE.

Warners and DC also still have faith in Ezra Miller’s smart-ass interpretation of the Flash and are proceeding with development on a standalone film based on the character. DC has tapped “It” director Andy Muschietti to oversee the movie and has enlisted Christina Hodson (“Bumblebee”) to write the screenplay — Hodson will finish that assignment that before moving on to write a screenplay for “Batgirl.”

That’s not ideal, but also part of a larger problem where DC is apparently hell-bent on milking these characters in both theaters and on its burgeoning streaming network.

As HBO Max prepares to inevitably consume the DC Universe streaming app, one of the announcements that sealed that fate is a new Green Lantern series from Arrow-verse architect Greg Berlanti. And while you’d think that would mean Warner Bros. is no longer interested in pursuing a Green Lantern movie, guess again; it wants that, too. And also from J.J. Abrams.

Beyond embracing the darker undercurrents of the DC canon, the company is also revisiting characters that they believe were ill-served by previous big screen adventures. “Green Lantern Corps” remains a priority despite the fact that 2011’s “Green Lantern” was a high-profile commercial disaster. Johns is delivering a script at the end of the year. The project may be presented to Abrams and Bad Robot to see if the company would be interested in producing the picture. However, Greg Berlanti, another major talent on the Warner lot, is partnering with Johns on a “Green Lantern” television show. There’s speculation that relationship could lead to his involvement in a feature film.

If you went cross-eyed reading that, so did I, and I’m a sopping wet nerd who lives for this shit. I don’t even know what the hell is going on there. Thankfully, DC Films is doing at least one thing that makes total sense on HBO Max.

You Can Stop Tweeting #ReleaseTheSnyderCut Now

I’ll just go ahead and leave this here…

Logistically, however, there’s little appetite at the studio for spending the millions of dollars it would require to finish visual effects and editing work on Snyder’s version, particularly as “Justice League” was a commercial disaster. There are currently no plans to release a Snyder version either in theaters or on HBO Max.

What Happened to “New Gods”?

While the Variety report contained a buttload of new info on the future of DC Films, it oddly made zero mention of the New Gods film being helmed by Ava DuVernay, which could be an epic game-changer. If done right, it could be the DC challenger to Endgame, and finally show that its universe is just as rich and deep as Marvel’s.

Granted, forgetting New Gods might simply be an oversight on the writer’s part, but the report covered every spinoff from The Trench to literally giving each character in Robert Pattinson’s The Batman their own movie. (That’s barely an exaggeration.) Maybe I’m concerned over nothing, or maybe Warner Bros. is getting cold feet trying to adapt Jack Kirby’s Fourth World with New Gods. Justice League flirted with that exact material, and well, we all saw what happened there. Better to play it safe and make a gritty, R-Rated movie about.. *checks notes*… Paul Dano as The Riddler.

← 'Lady Bird,' Or the Story About How I Lost My Virginity | Review: Showtime's 'Back to Life' Is 'Rectify' Peppered with Dark Humor of 'Fleabag' →