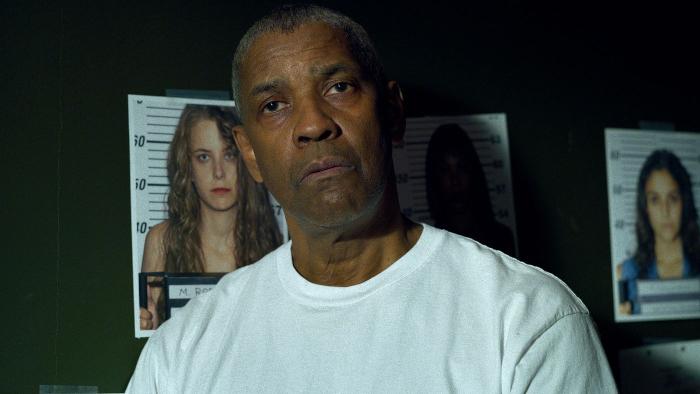 The Little Things debuted on HBO Max over the weekend, as well as in theaters, and let me tell you something: Denzel wasn’t particularly happy about this arrangement. The thing about Denzel is that he was made for the big screen — King Kong, after all, ain’t got nothing on him — and this little arrangement meant that a lot of people would be seeing Denzel on their smartphones or their laptops or their tablets, which haven’t been properly calibrated for Denzel. Denzel needs space. Denzel is a larger-than-life presence, and he should not be reduced to six-inch screens you drop on your face if you drift to sleep.

But therein lies the rub. The Little Things wasn’t meant for the big screen, either. It was meant for the dustbin, because The Little Things is no damn good. And why is that? What have we done as a society that Denzel motherfucking Washington has to make a film from The Blindside guy, John Lee Hancock? Did you know that Hancock originally wrote the script decades ago? And that Spielberg turned it down, and Clint Eastwood, Warren Beatty, and Danny DeVito all took a pass at it before letting it languish, too? Denzel is doing stale, 30-year-old scripts at the bottom of the pile. How have we allowed that to happen, America? Have we been so singularly focused on Tr*mp and the MCU that we have allowed our greatest living actor to fall through the cracks?

You know what’s happened, don’t you? I’ll tell you what’s happened. They don’t write scripts worthy of Denzel anymore. That’s a problem. Now, Denzel doesn’t do superhero movies, of course, because Denzel is already a motherfucking superhero. You know what else Denzel doesn’t do? Scale. Denzel needs to get paid. Denzel put in the work for nearly 45 years. He doesn’t do indie films. He does Denzel films, and Denzel costs money. And unless it’s based on a big-ass property or distributed by Disney, they can’t afford Denzel because motherfuckers are wasting all their cash on Chris Pratt because the industry has lost their goddamn minds.

See, outside of these big, billion-dollar franchises, all the good material has moved to television, and again, Denzel doesn’t do television. He did TV once. He was on a show called St. Elsewhere, and they did him dirty. They put him in an ensemble, and Denzel doesn’t do on-som-blahs. You remember what the last on-some-blah Denzel did was, right? The Magnificent Seven with that motherfucker Chris Pratt. Denzel ain’t no moving part. He ain’t a cog in a wheel. He’s the goddamn machine.

That’s how Denzel ended up in a movie with the weird kid from the Robot show with the eyes and the slightly off-putting demeanor, as well as the shitty Hot-Topic Joker. It was one of those package deals, where they package three Oscar winners together so they can trick you into thinking it’s an Oscar-worthy movie. It isn’t. The problem is, they give Denzel a gun, but barely let him use it; they don’t let him show off those pearly whites; and there ain’t much opportunity for Denzeling. It’s one of those weary, tired old-man roles they should’ve given to Costner, but Costner was like, ‘F**k that, I’m doing TV.”

And here we are, left with The Little Things. I’ve spent so much time talking about Denzel that I barely have any space left to explain the ending, but let me give you the CliffsNotes because those of you who fell asleep halfway through the movie and woke up with Mr. Robot taking a shovel to dumpster Jordan Catalano’s head are going to be wondering what the hell that was all about.

A deputy named Deke (Denzel) gets involved in Detective Baxter’s (Malek) investigation of a serial killer. The movie goes through the motions of a grisly ’90s serial killer movie starring Morgan Freeman, Ashley Judd, or both, and they narrow their suspect down to a man named Albert Sparma (Jared Leto). Sparma is super creepy, and he definitely gives off a serial-killer vibe, but there’s no actual evidence that he is one. Baxter gets so obsessed with finding the murderer, however, that he and Deke cross some lines to pin it on Sparma. Sparma plays along because he’s creepy AF and he likes all the attention, but he’s a little too convincing. Detective Baxter ends up killing him in one of those “What’s in the box?” moments, only there’s actually nothing in the box.

Deke, however, helps Baxter cover up the murder of the suspect, because — and this is the terrible twist — we find out that Deke accidentally killed a woman while in pursuit of a serial killer earlier in his career. The entire law enforcement system helped him cover it up, however, and Deke has been sitting with that guilt ever since. Deke decides he’s going to help Baxter cover up the murder of Sparma, but he’s going to leave Baxter believing that Sparma was actually the serial killer so Baxter doesn’t have to be haunted by his mistake for the rest of his life. That’s why he sent Baxter a hair barrette. He wanted Baxter to believe it was evidence left behind by one of Sparma’s victims, when in reality, Deke just bought that shit from Target.

And that’s that: It’s very anti-climactic. It’s also super tone-deaf given the discourse around cops right now, and I hate to say it, but it’s also a waste of a perfectly good creepy role from Leto, who is like Hannibal Lector if he was also the lead singer of Skynrd.

All I know is Denzel deserved better, and someone needs to write the man another movie role worthy of those talents. We can no longer as a society, in good conscience, let this man whither away in John Lee Hancock and Dan Gilroy films or Equalizer sequels. If Joe needs to add a little extra onto his next stimulus package to get Denzel a decent gig again, then that’s what Joe needs to do.


← Just Some Facts That Will Make You Realise That Time Doesn't Make Sense Anymore | Review: How 'The World To Come' Does Lesbian Period Romance Dirty →