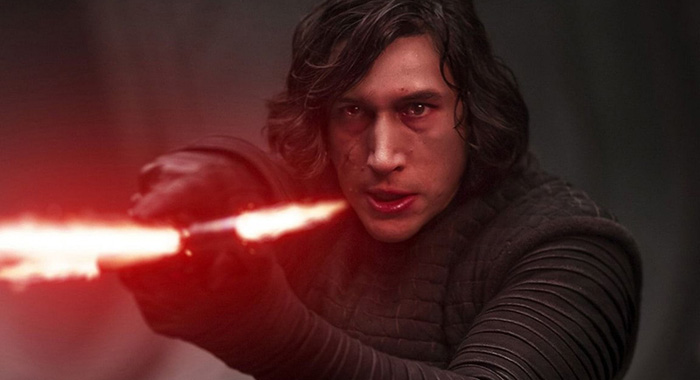 The Colin Trevorrow Script for 'Star Wars: Episode IX' Is Real and Good as Hell? What Is Happening?

Just as the discourse over Star Wars: The Rise of Skywalker was taking a back seat to hurling snake emojis at Elizabeth Warren — never tweet — over the past few days, reports began cropping up that Colin Trevorrow’s script for Episode IX had been leaked on Reddit. So, wisely, people have been taking it with grain of salt. However, unlike the extremely dubious claims of #ReleaseTheJJCut, it turns out the Trevorrow script is not only authentic, as confirmed by The Playlist, but it’s actually kind of great?

Let’s step back for a second, because I don’t want to be a part of any revisionist history here. When Trevorrow was fired from Episode IX in 2017, the overall consensus was, “Yup, this is for the best.” Trevorrow’s reputation was not exactly doing him any favors by that point, and you’d be hard-pressed to find anyone who didn’t think Kathleen Kennedy made the right call, including me. Guilty as charged. But then Rise of Skywalker crash-landed into theaters with all of its J.J. Abrams franticness and inexplicable story decisions that understandably left people wondering what might’ve been. Now we know.

In fairness, almost anything that isn’t whatever the hell Rise of Skywalker tried to be is going to look better by comparison except for maybe George Lucas’ original plan to make the entire sequel trilogy about midichlorians using people as mechs or something? Just forget I even mentioned it. Anyway, the first thing that pops out about Trevorrow’s script, besides its epic, fan service title Duel of the Fates, is that the story fully embraces and builds on the events of The Last Jedi as opposed to going down a checklist of ways to directly piss in Rian Johnson’s face. I’m saying if I’m Kelly Marie Tran and I’m reading this script, I’m seeing red right now. Via The Playlist:

One of the main beats of the story told to us was given agency and a full arc to Finn and Rose Tico, the latter totally sidelined in “Star Wars: The Rise Of Skywalker.” Finn’s story, in particular, came full circle in his original arc of a Stormtrooper who finds his moral compass, cannot fulfill his duties and defects to the side of the Resistance as seen in ‘The Force Awakens.’ In ‘Duel Of The Fates,’ Rose and Finn went on a side mission to enemy-occupied Coruscant to light and activate an ancient beacon in the old Jedi Temple to call the galaxy to war.

Not only is Rose given way more to do than just stare at a screen behind a Frankenstein-ed together Leia, but Finn also has a full arc that makes much more sense than maybe being a Jedi and riding a space horse on top of a Star Destroyer. Speaking of Leia, she surprisingly isn’t a central character in Trevorrow’s script, which raises questions about the decision to tie The Rise of Skywalker’s arm behind its back trying to make her a more prominent presence with clearly very limited footage. I’m not saying the movie shouldn’t have tried its best to honor Carrie Fisher, but it definitely went a little too out of its way to shoehorn her into scenes that felt awkward at best. For Christ’s sake, you can pinpoint the exact moment they ran out of material/stopped trying when General Leia suddenly drops dead. It’s that jarring.

As for the other elephant in the room, you’ll be shocked to learn that the Emperor is not the main villain and only appears in a holocron to deliver final instructions upon his death. Instead, Duel of the Fates would’ve continued the events of The Last Jedi by focusing on Kylo Ren’s obsession with becoming the most powerful Sith in the galaxy while being taunted by Luke’s Force ghost exactly like he promised with the line, “See you around, kid.” Granted, Rey while taking the predictable path of trying to bring Ben Solo back to the light, she ultimately fails, but before his death, it’s revealed that Kylo Ren murdered her parents at Snoke’s command. More importantly, they are still nobodies, and Rey is not the Emperor’s granddaughter to pacify wiener-babies who’ve been crying “Mary Sue!” into their sex-free sheets since the very second her hands touched the Falcon. (Eat a dick, Max Landis.)

Again, at this point, almost anything will sound better than what Abrams and Chris Terrio farted out in Rise of Skywalker, but there’s no guarantee that what Trevorrow wrote on the page would translate perfectly to the screen. Just look at the mixed reactions to Jurassic World. That said, it’s hard not to gaze fondly at a version of Episode IX that actually built on the themes of The Last Jedi instead of quickly brushing them under the rug to appease toxic fanboys. So if you want to dig even further into Trevorrow’s script, io9, The AV Club and The Playlist have deeper dives, or you can watch the two-hour+ YouTube video that everyone is pulling from below. (Full Disclosure: I did not choose that last option, but the day is young.)