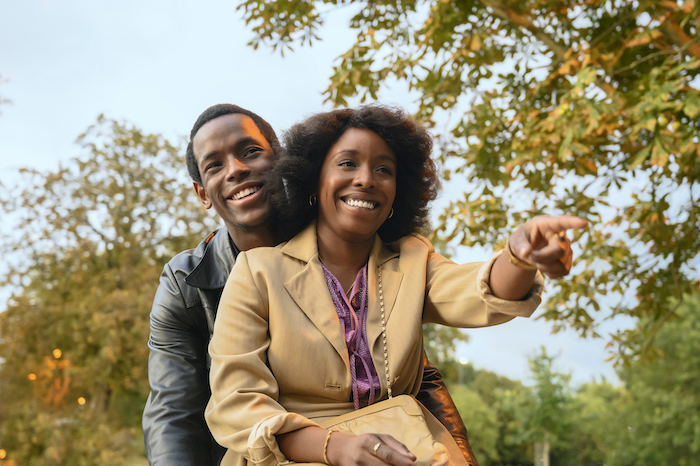 With the end of the year approaching and award season heating up, movie lovers across the nation are looking to catch up on the great cinema they might have missed. Good news: A LOT of it is now streaming. So much in fact that we couldn’t fit them all in one article!

Join our writers by checking out the movies we loved this year, as well as the ones we are watching before cementing our Top Ten lists. We have explored the offerings of Netflix and Hulu. Now, we’re taking on Amazon Prime Video.

Blow The Man Down Dirs. Bridget Savage Cole and Danielle Krudy
This is a mobster movie, unlike anything you’ve seen before. Forget the hustle and bustle of New York, Chicago, Miami, or Los Angeles. Forget the thick-necked macho-men with cuss-spouting lips and itchy trigger fingers. This exciting crime drama is set in a cozy fishing village in Maine, where it’s not godfathers you need worry about but a mob of aging yet ferocious matriarchs played by Margo Martindale and June Squibb. It’s a crime this one won’t be on many awards shortlists. It’s awesome nonetheless.

Borat Subsequent Movie Film Dir. Jason Woliner
Sacha Baron Cohen reprises the role that made him an international icon—and made it impossible to repeat the in-character pranks of Borat. So, for the sequel, he brought in Maria Bakalova as an accomplice who could hold her own in bonkers improvisation scenarios. Now, she’s gaining momentum as a potential Dark Horse in the Best Supporting Actress race. From the menstrual celebration dance to her earnest jabbering exchanges with Cohen to her shocking screentime with Rudy Guiliani, she deserves all this buzz and at least an Oscar nod.

I’m Your Woman Dir. Julia Hart
Another excellent, female-fronted gangster drama! However, this one isn’t focused on the criminals but the young mothers caught up in their tangle of lethal lies. Rachel Brosnahan stars in a riveting film about how a thieving husband’s nefarious actions pitch his wife and infant son out into the streets and on the run. Amid all this, his missus must discover who she is without him.

Sound of Metal Dir. Darius Marder
Riz Ahmed stars in a ferociously immersive drama about a heavy metal drummer who goes deaf. A meticulous sound design puts viewers into his headspace through muffled sounds, silence, and more. The story is stirring, the direction superb. But the main reason you won’t want to miss this one is Ahmed’s best performance yet.

Small Axe Dir. Steve McQueen
This is actually a collection of five films, all inspired by the real-life experiences of London’s West Indian community, between 1969 and 1982. Each offers a new story and a killer cast. Check out Ciara’s reviews for more on Mangrove, Lovers Rock, Red, White and Blue, Alex Wheatle and Education.

Time Dir. Garrett Bradley
Being touted as one of the best docs of the year, Time centers on Fox Richardson, who is a mother of six, an entrepreneur, author, and on a tireless quest to get her husband out of prison. Critics have heralded its powerful portrait of perseverance, love, and a justice system that is anything but just.

The Vast of Night Dir. Andrew Patterson
This superb sci-fi film had fans on 2019’s festival circuit freaking out over its uniquely told alien invasion tale. It all begins in a quiet town in 1950s, New Mexico. Most of the residents are enjoying the high school basketball game, but a curious teen girl and a local radio DJ begin to notice something strange. In their effort to track it down, they take audiences on a wild ride that feels straight out of The Twilight Zone.

Did we miss an amazing 2020 movie on this platform? Let us know your favorites .