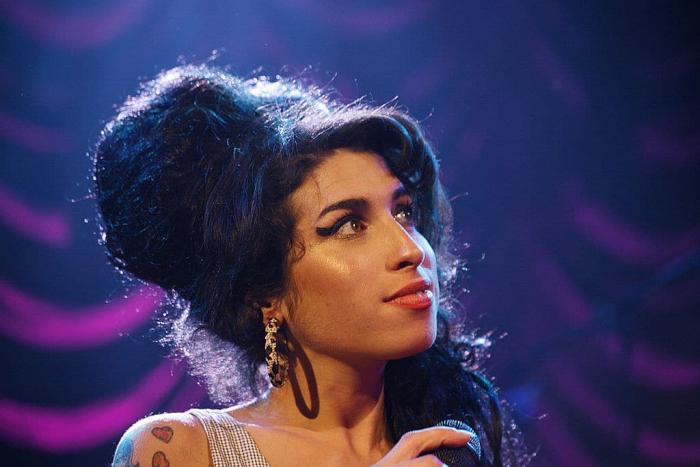 The Amy Winehouse Biopic is a Bad Idea

Yesterday, it was announced that 50 Shades of Grey director Sam Taylor-Johnson had been hired to direct an upcoming biopic of the late singer Amy Winehouse. A script is reported to be circulating with casting in early stages. News of a Winehouse film has been floating around for several years now, with a project starring Noomi Rapace announced in 2015 that failed to materialize.

This time around, Taylor-Johnson, who was a friend of Winehouse, has the approval of the singer’s estate. That includes her father, Mitch Winehouse. He is a controversial figure in the story of the singer’s life and death, and has worked overtime since her passing in 2011 to control the narrative of Amy’s life. He has regularly decried the Oscar-winning 2015 documentary Amy as ‘horrible’ because of how it painted him in ‘the worst possible light.’ The documentary, directed by Asif Kapadia, included quotes from Mitch Winehouse and footage of him that suggested his presence as a negative one in his daughter’s life. He is portrayed by the film (and frankly a hell of a lot of press coverage over the past 15 or so years) as someone only interested in his daughter once she became famous. At one point, he says he didn’t think Winehouse needed to go to rehab when all of her friends encouraged her to seek treatment. This inspired the song ‘Rehab,’ of course.

This whole thing feels like a supremely bad idea to me.

I’ve expressed my cynicism of biopics many times on this site. I think the storytelling formula is trite, limiting, and seldom does a person’s complicated life justice. Musical biopics are especially egregious to me. Studios have bent over backwards to accommodate the demands of estates, allowing extensive historical rewrites to allow certain egos to be appeased in order to get the rights to the valuable musical back-catalog. Consider the truly repugnant Bohemian Rhapsody, a film that repeatedly sh*t on the legacy of Freddie Mercury in order to satisfy the monstrous egos of Brian May and Roger Taylor. This included changing the dates of Mercury’s AIDS diagnosis and painting his sexuality as a bad influence on himself and the band’s prospects. But, of course, that movie made over $900 million and won four Oscars, so no lessons were learned.

Mitch Winehouse is desperate to paint himself as the angel of Amy’s story, a detail that basically nobody who ever knew her agrees with. He wants a big splashy biopic that can overwhelm the astounding documentary and wash away all of his nastiness. I doubt a Winehouse biopic approved by him and the estate will be able to delve into the pain and exploitation experienced by a woman who struggled with addiction and refused to fit into the neat moulds of femininity for the British press. She was a troubled woman who could be witty, brash, and caring. She made beautiful confessional music that changed the game for female solo artists the world over. She fell apart before our eyes and was mocked for it. And her father turned himself into a celebrity during this period and pretended that he was as much a part of her success story as Amy herself.

I can’t say I’m thrilled to see how the people still making money off a woman who died 11 years ago will treat her legacy for future profit opportunities. They’ve already got a hologram Winehouse for touring purposes, probably because it’s only slightly more ethical than digging up her corpse.