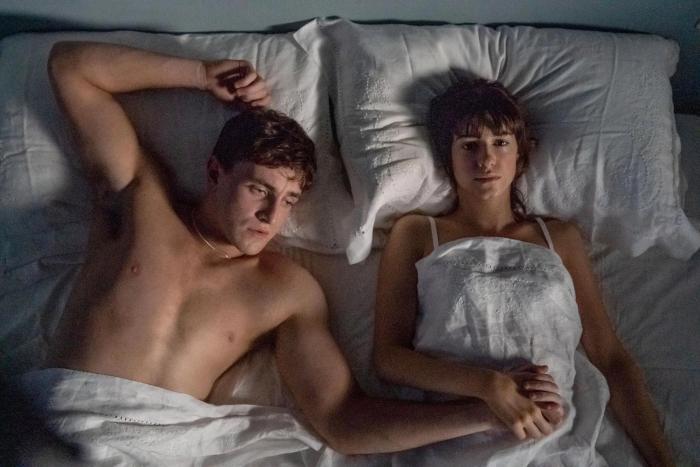 Richard Linklater Signs the Next Mr. Big Deal to a 20-Year-Movie Project

For the uninitiated, Paul Mescal is that super hot guy in all those super hot sex scenes opposite Daisy Edgar Jones in the super hot Hulu adaptation of the super hot Sally Rooney novel, Normal People. Mescal went from Normal People to a role in Maggie Gyllenhaal’s The Lost Daughter, In God’s Creatures opposite Emily Watson, and one of Film Twitter’s favorite 2022 films Charlotte Wells’ Aftersun.

He also happens to be the boyfriend of Phoebe Bridgers, or at least was her boyfriend — recent rumors suggest Bridgers and Mescal split and she’s dating Bo Burnham while Mescal is hanging with Angelina Jolie.

The point is: Mescal has great calves, and he’s the next big thing. He has eight projects in the works, including Ridley Scott’s sequel to Gladiator, and we’re all probably not going to be able to escape him for the next few years.

Richard Linklater also clearly thinks a lot of him because he’s signed Mescal onto his next multiyear project Merrily We Roll Along, a feature film adaptation of Stephen Sondheim and George Furth’s musical. The movie will also star Ben Platt and Beanie Feldstein. It’s about the trio’s disintegrating friendship as one of them abandons the other two to become a successful Hollywood film producer. But here’s the cool twist: The movie begins at the end of their 20-year friendship and ends at the beginning, so it is shot in reverse chronological order.

Mescal actually replaced Blake Jenner in the film. Jenner has been largely MIA from Hollywood since admitting to verbally and physically abusing a former partner in 2020, which lines up with his ex-wife Mellisa Benoist’s 2019 (now deleted) social media post acknowledging that she was a survivor of domestic abuse. Jenner had already shot one scene with Platt and Feldstein, and it is unclear whether it will be reshot entirely, if only Mescal will need to reshoot, or if the project will begin anew.