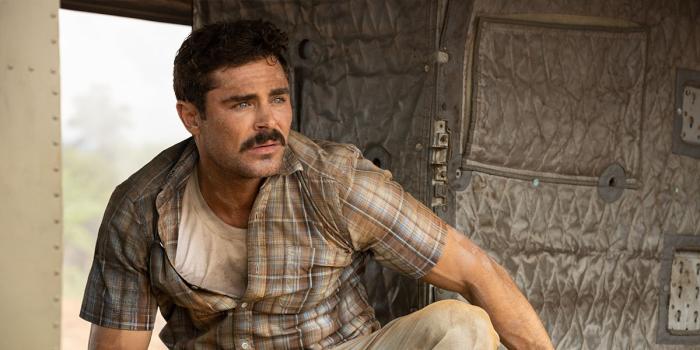 The Greatest Beer Run Ever’ Is Bad

Peter Farrelly’s shift from king of the gross-out frat bro comedy to a prestige Oscar darling behind a Best Picture winner is one of the more inexplicable revamps in modern pop culture. Sure, plenty of comedic filmmakers have successfully made the shift to more serious fare, and some, like Billy Wilder, were always able to step seamlessly between the two. Yet with Farrelly, his effort, a little film called Green Book, was so pig-headed in its pretensions that it felt like a Christopher Guest parody of awards bait. But it was successful awards bait, even as many discussed its mealy-mouthed approach to racism and questionable rewrites of a tender moment in American history. It flattened what could have been a thorny tale into something designed to please the kind of white people who think reverse racism is a thing. At least Driving Miss Daisy had a good score.

It’s tempting to dig out any pieces I wrote on Green Book and just change a few words for this review of Farrelly’s latest true story comedy-drama, The Greatest Beer Run Ever. Functionally and stylistically, they’re essentially the same movie. Just swap out the civil war for the war in Vietnam and you’re halfway there. I have all my fingers and toes crossed in hope that this mess doesn’t pick up steam for the 2023 Oscar race. We’ve had a tough enough year, universe!

Zac Efron, armed with a sharp mustache, plays John ‘Chickie’ Donahue, a Merchant Marine of low ambition who wants to spend his time drinking beer and mouthing off to those damn hippies who dare to protest the ongoing war. Inspired by his friends who have gone overseas to fight, he decides that the best way to show his appreciation for their potential sacrifice is to bring them a duffel bag full of beer. Shockingly, as he lands in the war-torn country, he discovers that war isn’t very nice.

Everything about The Greatest Beer Run Ever feels like it was supposed to be made 40 years ago when having an edge of cheekiness towards such real-life trauma would have been seen as potentially interesting. Not that there’s anything really edgy here. It’s safer than children’s entertainment, too self-satisfied with its overused themes to say anything of real merit. War is bad. Being supportive of the soldiers is good. That’s about it and yet Farrelly still manages to make a mess of it as he ticks off every box in the bingo card of Vietnam war cinema.

Zac Efron’s natural charisma and comedic timing haven’t always been put to good use. He’s often saddled with broad material that he’s still able to milk for a few chuckles, but he’s always seemed keen to try more than jokes. It must have seemed like a real boon to have the chance to play a real man with a larger-than-life story, but it’s not a great fit. He gets some laughs out of Chickie’s bemusement with his crusade but he sinks when asked to be serious. Hell, there’s even a moment when he’s called upon to cry and you can see the strain of him trying to force out tears. Farrelly doesn’t seem to view Chickie as much beyond a joke machine POV character, and processing the abhorrent violence of the Vietnam war through his eyes does no justice to the hundreds of thousands of lives destroyed in its wake. Efron looks at corpses on the bloodstained stone as though they’re supermarket items with tough-to-read labels. Not that any actor really comes out of this unscathed. All of Chickie’s friends and family are cartoons, including his anti-war sister and her friends who are treated by the film as disrespectful punks. Russell Crowe gets damn close, playing a grizzled war correspondent who has seen it all, but then he’s forced to deliver dialogue that could have been written by an Apocalypse Now rip-off AI generator.

It doesn’t help that Farrelly is so bereft of technical skill. He shoots every scene with perfunctory focus, seeing no difference between how to film a comedy beat and how to stage mass murder. That makes moments of supposed solemnity play like parody, even when the stakes are so high. It’s all lit like TV and the blocking given little thought, which means that we can’t help but notice how cheap the production design looks. The soundtrack is packed full of ’60s pop and rock, regardless of how appropriate it is to use chipper numbers for emotional impact. One scene shows a CIA agent committing a literal war crime by dropping a Vietnamese prisoner from a helicopter and the song that plays as it happens feels like it was lifted straight out of Animal House. It must have taken every ounce of Farrelly’s restraint not to slap ‘Fortunate Son’ on there. That probably would have been one of his more subtle choices.

Ultimately, it’s all kind of cowardly. Farrelly wants to make the cinematic equivalent of a centrist talking point: war sucks but soldiers are good, and just saying that out loud means there’s no need to create anything else of thematic heft. Farrelly cares more about the jokes, which wear thin quickly even when they’re not contrasted against moments of violence and terror. It would all be insulting if it weren’t so stultifying. It would require ambition on Peter Farrelly’s part for this to truly offend.

The Greatest Beer Run Ever is the light beer of films but without any sense of satisfaction that comes with a can of booze. It’s bad but we all knew it was going to be bad. Here’s a film that has no idea of what it wants to be or what it should say beyond softballs uttered with all the enthusiasm of a shrug. I doubt this thing has the legs that Green Book had following its TIFF premiere in 2018. At least I hope so.

The Greatest Beer Run Ever had its world premiere at the Toronto International Film Festival. It will be released in select theaters and on Apple TV+ on September 30.


← 'Atlanta' Recap, 'Born 2 Die:' I Believe The White Children Are Our Future | 'Blonde' Is a Horror Story, Both Monumental and Deeply Uncomfortable →