Review: ‘Habit’ is So Busy Pissing Off the Religious Right That It Forgets to Do Much Else

The thing about camp is that trying to be camp immediately means you aren’t camp. This is an affect and genre and aesthetic that cannot be sincerely attempted, and so the genuine effort Habit gives toward this goal is what secures its lack of impact. Director Janell Shirtcliff, who co-wrote the film with Libby Mintz, are going for the vibes here with a film that evokes the wild provocation of early-career Quentin Tarantino and Harmony Korine while wrapping itself in the cotton-candy tones and vintage stylings of Francesca Lia Block, Lisa Frank, and Jamie Babbit’s But I’m a Cheerleader. That’s a respectably edgy goal, but Habit is so strangely written and its characters so bizarre that I actually wonder if I fever-dream imagined all this.

A sexual obsession with Jesus Christ! A heroin addiction! Lingerie as outerwear! Tarot cards! Scorpions and snakes as torture instruments! Sexy drug dealers! A fetish club! A mid-century mint kitchen! Retro cars! Hot priests! Gavin Rossdale, attempting to act! I am down for low-brow, but Habit feels a little too much like an array of “bad taste” choices made simply because they are “in bad taste.” Is this meant to be provocative? I suppose, and Habit already pissed off some people for casting Paris Jackson as Jesus Christ, and for making a trio of “bad girls” pose as nuns. But all of this offensiveness falls somewhat flat when the movie has so little to say about any of it. About faith, about femininity, about addiction, about love. These characters don’t exist in three dimensions, and the narrative doesn’t, either. I wrote “What even is this?” in my notes, and I stand by that. 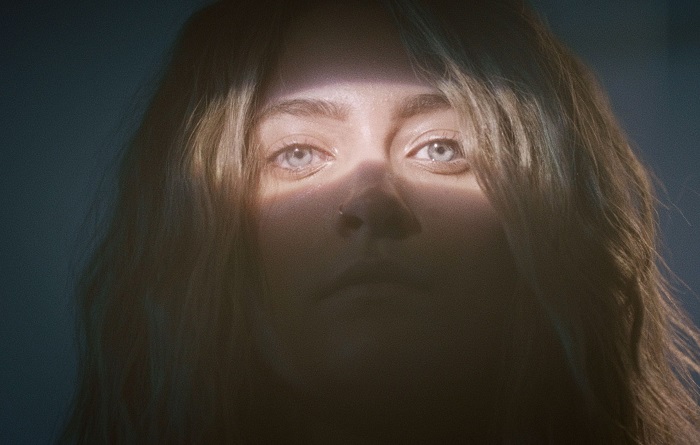 Bella Thorne stars in Habit as Mads, a disaffected young woman who knows practically everyone in Los Angeles and lives with her two childhood best friends, sisters Addy (Andreja Pejic) and Evie (Libby Mintz), in a cute bungalow whose rent they can’t afford. They’re all Texas transplants who came to Los Angeles for some reason or another, and I wish I could tell you what those reasons are, but Habit doesn’t. Mads is just the kind of beautiful, cynical, scintillating creature who only exists in these kinds of movies to read men for filth and then have sex with them, so, you kind of get her whole vibe in the first few minutes.

Mads and her friends get by dealing drugs at elite clubs (“selling drugs to LA’s horniest crackheads,” Mads says), and Mads takes a step up in the drug-dealing organization by fetching a package from former TV actor turned gambling and cocaine addict Eric (Gavin Rossdale, challenging my sanity with his line readings). But then the women have a party, and some guy steals the stash from the teddy bear backpack which Mads had retrieved from Eric, and they’re in big trouble. They’re about to get evicted, and Eric is breathing down their necks—and so is his boss, head honcho Queenie (Josie Ho).

Queenie, a sort of mashed-up Amy Winehouse and OG Rita Repulsa, and her enforcer/lover Tuff (Jamie Hince), want their stash and their $20,000 back. And so Mads, lover (like, sexually) of Jesus that she is, comes up with a plan. She, Addy, and Evie will pose as nuns and hide out at the mansion of the blind, wealthy, and kind Sunny (Ione Skye). Who would suspect nuns? As long as they can evade Queenie and Tuff, they can collect enough donations in their nun outfits to maybe make a run for it. “Who the fuck fucks with nuns, huh?” Mads asks, and I’m not sure if that’s better or worse than the line “It’s the God Squad, bitch!”, but they’re both certainly something.

You could probably make the argument that Habit is entirely tongue in cheek, and that nothing about it is meant to be taken seriously. That is probably true! But this thing feels so disjointed, and so thin, that it’s difficult to place yourself on its wavelength. Thorne never feels truly grimy, and although she gets the dirty-flirty stuff right (like making oral-sex motions at the hot priest played by Aarón Díaz while receiving a communion wafter, or sarcastically mouthing “What the fuck?” while Rossdale’s Eric gives a speech about, I kid you not, dinosaur extinction), neither her cleverness, nor her adoration for/attraction to Jesus, nor her drug addiction exactly work. There’s no guiding core to her character, although it’s supposed to be the religious stuff, and so Mads is just a cipher who does whatever the narrative wants her to.

And so she becomes a kind of superwoman, a seductress and a murderess who jokes about “post-modern feminist societies” with her friends as they prance around in their frilly lace underwear, and who sincerely says of her relationship with Jesus, “I do fuck you, I fuck you all the time,” and whose astute analysis of her economic situation is, “Poor in America? Ugh.” I can tolerate a lot of sarcastic, nihilistic stuff, if it feels like it has intention behind it. I’m not sure Habit accomplishes that narratively, unless angry exclamations such as “They can all suck my Jesus dick!” count.

Some of the shot compositions are effectively cheeky (Mads’s arm sneaking around an open door to grab powdered sugar donuts from a pink tray during a Sex and Love Addicts Anonymous meeting) and the production design has some likeable elements (how Mads’ teal hair perfectly matches her leather jacket; her burnt-orange ‘73 Ford LTD). But there is so much other stuff here that unnecessarily pads out an already-short run time: black and white archival footage of religious services, gimmicky cartoons of demons masturbating, flashbacks and dream sequences that are never fully explained. Given that the characters already feel thin, neither the script nor Thorne’s delivery of exclamations like “This is literally our rebirth” don’t hit much. “Do bad girls go to Heaven, too?” Mads asks herself in the final third of Habit, before she learns, “Holy shit, God is a woman, with tattoos? Fuck me, that’s badass.” The religious right is pissed off about Habit, and that’s cool, I guess. But this isn’t much of a movie.

Habit is available for digital rental.

← The Pajiba August 2021 Book Recommendations Superpost! | The 'Final' Trailers for 'No Time to Die' Are Out, Plus a Retrospective on Daniel Craig's Bond is Coming →