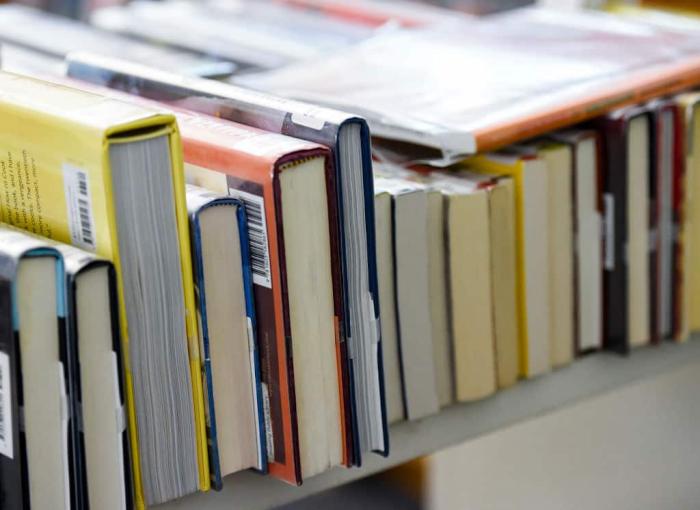 Is there such a thing as too many books? Well, my TBR shelves — because yes, I had to make literal shelves to put them all on — are overflowing and I’m not even going to count how many unread e-books are currently on my Kindle. They do say that reading books and buying them are two very different hobbies. I just happen to excel at both. Here are some of my reading highlights from the past month, and don’t forget to share your own in the comments below.

Saturday reminder! THE DEVIL COMES COURTING is out!

For anyone who ever sought an introduction to romance novels, the chances are that the name Courtney Milan popped up a lot. Her work is known for being extremely accessible, tightly plotted, and easy to fall in love with, particularly her most famous series, the Brothers Sinister. For the past few years, she’s been working on her most ambitious story so far, the Worth Saga. The central family is a disgraced clan trying to move on with life after their father was revealed to be the ringleader of a treasonous plot and stripped of his titles and properties. He later died by suicide and his children are now picking up the pieces while their eldest brother serves time on a sentence related to their father’s misdeeds.

The long-awaited third book in the series, The Devil Comes Courting, isn’t really about any of the Worth siblings, although one is featured in a supporting role. Rather, it’s about Captain Grayson Hunter, a Black American industrialist who has plans to complete the first worldwide telegraphic network. To complete his lifelong ambition, he needs to figure out how to efficiently create and send Chinese lettering as a telegraphic code. A friend has informed him that a mysterious unsung genius known as Silver Fox can help with his plans. Said fox turns out to be Amelia Smith, a young Chinese widow raised by a white missionary family.

That’s a lot of build-up but it’s necessary because it’s clear that Milan has poured everything into this series, particularly this novel, which I think might be my favorite thing she’s ever written. It’s a dense novel but not impenetrable in terms of style or theme. Amelia and Grayson’s relationship is sweetly developed, based on growing mutual respect and a joint willingness to push one another out of their comfort zones. The real meat of the story, however, is with Amelia’s upbringing. Adopted by a white couple at a young age, and with only the faintest of memories of her birth mother, Amelia has been raised to be a proper Englishwoman. What that really means is that her adopted mother has tried to smudge away every aspect of her Asian identity. Through Amelia, we see the true mental and emotional cost of colonialization and the white supremacy of ‘well-meaning’ missionaries who saw these children as problems to be solved by God and England. Milan’s refusal to soften these details, especially the real harm done by Amelia’s adopted mother, makes for some of her most perceptive writing in a long time. This one was worth the wait.

American Fire: Love, Arson, and Life in a Vanishing Land by Monica Hesse


On November 12, 2012, in a rural county called Accomack on the Eastern Shore of Virginia, an abandoned house was set on fire. That same night, local volunteer firefighters were called to put out two more fires. Over the next five nights, they’d be forced to put out dozens of other fires across the county, often several in one night. Eventually, the culprits were apprehended, but the questions remained.

Monica Hesse’s study of a unique crime spree that seemed indicative of that moment in America, one defined by financial turmoil, a forgotten class, and the inescapable cycle of poverty. It’s not a whodunit. You can read the blurb and find out who was convicted of arson. Hesse is more interested in dissecting how a crime like this could happen and what it means for the culture at large. Accomack was once a prosperous region but now its buildings are mostly abandoned, the remaining residents living below the breadline. What else is there to do but set fires? Hesse belabors the point with making the arson spree a grand metaphor for the Rust Belt’s degradation. When she drops that angle and focuses more on teasing out the shades of grey in this proud but struggling community, the book is much more satisfying. The crime itself is fascinating but one wonders if Hesse really had enough here to spin the kind of yarn she wanted to.

Happy book birthday to LAURA DEAN KEEPS BREAKING UP WITH ME, a new queer graphic novel by @marikotamaki and @hirosemaryhello. Highly recommend this book about navigating love, toxic relationships, and close friendship. pic.twitter.com/bgD1WBnuYY


Freddy Riley just wants to love Laura Dean, her intensely charismatic girlfriend who has a habit of breaking up with her repeatedly, only to pick things up where she left them as if nothing ever happened. It’s exhausting but Freddy can’t help herself, even as her friends become increasingly impatient with Laura’s obvious manipulations. This Printz Honor-winning YA graphic novel acutely captures the dizzying emotion of being in love with someone who’s out of reach and coming to the realization that they don’t effing deserve you. This isn’t a coming-out story or one that focuses on the struggles of queer youth. Rather, it’s about the kind of relationship that anyone could have, one that seems joyous until you peel back the layers to reveal the toxic rot at its heart. And the artwork is astoundingly gorgeous!

Tuesday Mooney is your regular goth girl who loves puzzles, takeout, and generally keeping to herself unless her best friend is dragging her to clubs to watch him sing karaoke. One of Boston’s richest and most eccentric residents has died, and he’s left behind a city-wide puzzle themed around the works of Edgar Allan Poe that anyone can take part in. The winner will get his entire fortune. So, of course Tuesday wants in, and she’s joined by her BFF Dex, her adolescent next-door neighbor, and a mysterious hot guy with his own rich family secrets.

Do you like crime novels with a chipper tone that focuses more on quirky characters than blood and guts? Do you secretly believe you could solve all the puzzles in every mystery show you watch? Kate Racculia has a book for you. There’s a cheerfully retro edge to this story that feels like a classic adventure novel or one of those treasure hunt tales you devoured as a kid. It’s whimsical but not cloying, with a sprinkling of the speculative thrown in for good measure. But don’t mistake this for fluff. The stakes are very real, with lives on the line thanks to meddling rich jerks and dastardly secrets. I would love to see not just more stories with Tuesday but more crime novels of this kind. Fewer murders and more treasure hunts, please!

← Mike Richards Fired As Executive Producer of 'Jeopardy!' and 'Wheel of Fortune' | Review: 'Habit' is So Busy Pissing Off the Religious Right That It Forgets to Do Much Else →