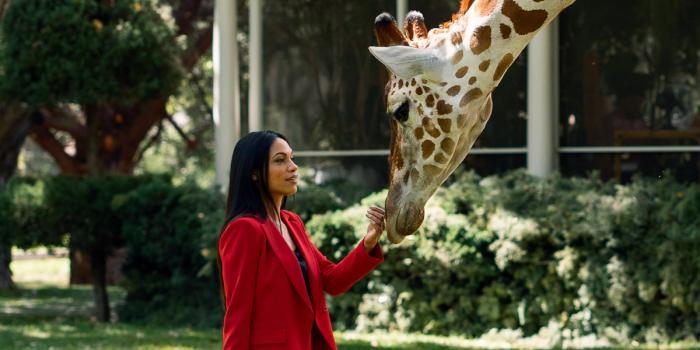 Television continues to make its mark on the film festival cycle. Auteurs like Jane Campion and David Lynch dropped their long-anticipated series at Cannes in 2017 — with the return of Twin Peaks even topping the list of Cahiers du Cinéma’s best movies of the year. As the seemingly never-ending cycle of Peak TV reigns supreme and the medium becomes stylistically near-identical to high-concept cinema, it makes sense for television to stake its claim on this growing landscape. After all, we’re in the age where a two and a half-hour-long film is considered too long by the same audiences who binge-watch a 13-episode show in a single day without a second thought.

Joining the ranks at TIFF this year is Briarpatch. Executive produced by Sam Esmail of Mr. Robot fame and former TV critic Andy Greenwald, the show is based on an award-winning crime novel by Ross Thomas, with the USA Network planning to turn it into an anthology series should it prove a success with audiences. Of the evidence presented by the first two episodes that screened at the festival, Briarpatch certainly has all the cards in play to be a real hit.

Rosario Dawson plays Allegra ‘Pick’ Dill, a high-level Senate staffer and unofficial investigator who returns to her hometown of San Bonifacio, Texas, after the murder of her sister, a local homicide detective, who was killed in a car bomb. In the town known as ‘Saint Disgrace’, the troubles are immense and available for all to see. The police force is ambivalent at best to the area’s problems and complicit in them at worst. The state senator only has re-election on his mind. Nobody seems to care all that much about solving the death of a cop, and even Pick seems conflicted about figuring out what’s going on. Throw in a few professional problems, romantic entanglements, and ceaseless corruption, and nothing about Saint Disgrace is easy. Oh, and all the animals from the local zoo have escaped and are roaming the town freely. They’ve yet to find the tiger.

Rosario Dawson is an actress who often doesn’t get her dues, partly because the industry seems so dead set on wasting her talents in roles of little substance. As Allegra, she is all edge as an abrasive woman who would feel right at home in a classic noir as both Bogie and Bacall. There’s a relatable weariness to her journey, working against a broken system to solve the murder of a sibling she wasn’t especially close to in large part because it just feels like something she’s supposed to do. When she is injured, she seems surprised by how her own body and mind rebel against her.

Dawson is ably supported by an eclectic cast of characters who feel hand-picked from the best of noir: The slimy but justice-minded journalist; the political fixer with victory on his mind; the Stetson-wearing cop whose focus on justice is variable; and the town’s peacock strutting head criminal. The latter, gun runner Jake Spivey, is played by Jay R. Ferguson in one of the series’ more eclectic performances. Bearded, dramatically dressed, and seemingly reeking of cocaine sweat, Ferguson gets his teeth into the scenery as a local boy who grew up poor and could now buy out Saint Disgrace with ease. Later episodes are set to include the likes of Ed Asner and Alan Cumming.

With a pilot directed by Ana Lily Amirpour, perhaps best known for her feminist vampire Western A Girl Walks Home Alone at Night, the series establishes itself as a stylized neon-noir illuminated by the scorching light of the Texan sun. There’s plenty of flair on display but bot so much that the story is overwhelmed. The comparisons to Twin Peaks and the novels of writers like Carl Hiaasen and Elmore Leonard are obvious, melding down-and-dirty pulp crime with more esoteric beats, frequently punctuated by the arrival of wild animals. A lot of information is being thrown around in these two episodes — tricky relationships, multi-level criminality, and wider near-conspiratorial levels of political manipulations — but the show is still happy to stop things for a brief coked-up ’80s synth dance number. This show is more invested in its story than your typical noir, which weaves together various conspiracies and red herrings and confrontations then dare you to recount what just happened. The banter is suitably retro and snappy in the hands of its cast (why doesn’t Dawson have a veritable array of noir movies to her name? She is exceptionally well-suited to this genre).

The great sign of this show’s quality is that I groaned when it ended. Not because it was bad but because us poor critics at TIFF were only getting two episodes of this season, and dammit, I wanted more. I’m especially curious to see if the series can retain its visual slickness — all scorching sun and shiny surfaces and Suspiria-level lighting — as it goes on and other directors are brought on board. Pilots and their follow-up episodes are less about asserting consistency than announcing a great arrival to audiences, so in that aspect, reviewing ninety minutes of television like it’s a movie is an impossible task, even if the setting and structure of a film festival demand it. Amirpour and Piet’s styles aren’t radically oppositional but there are differences to note. Piet seems to forget about the zoo animals in his episode, for one. I hope that Amirpour’s establishing episode is given more than a passing glance by her colleagues because she’s offered one of the year’s true hidden TV gems.

The first season of Briarpatch will debut in early 2020 on USA Network.