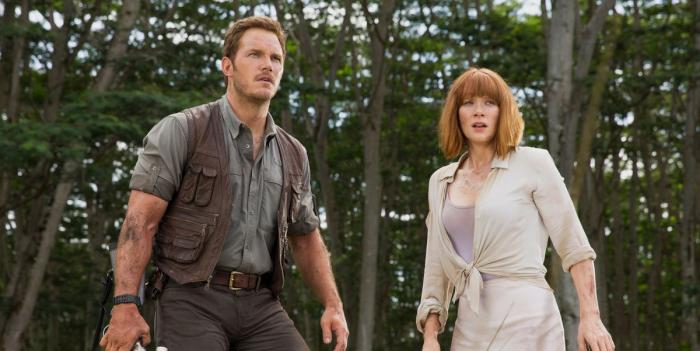 Universal is spending $5 million on safety alone to resume production on Jurassic World: Dominion in the UK next month. Production will resume on July 6th at London’s Pinewood Studios, and the studio plans to test everyone multiple times throughout production, which will amount to thousands of tests. The cast — including Chris Pratt, Bryce Dalla Howard, and Jeff Goldblum — will quarantine in London for two weeks before production. A number of other safety precautions will also be put in place, according to Deadline (via Indiewire):

A private medical facility called Your Doctor is being assembled at Pinewood Studios “to manage the entire production’s medical needs.” The new safety protocols include: “Covid training for all cast and crew, on-site doctors, nurses, and isolation booths, 150 hand sanitizer stations, nightly anti-viral ‘fogs,’ more than 1,800 safety signs put up around Pinewood, and ‘Green Zones’ for shooting cast and crew.” The “Green Zone” will also act as a gateway to the production, as the area “will be policed to stop any untested crew from coming in as a further measure to prevent any spread of Covid-19.”

Look: I know a lot of people are skeptical about resuming production this soon into the pandemic, but someone has to go first, and if it had to be someone, Worst Chris is a good place to start (protect the other three Chrisses — and Jonathan Banks — at all costs).

Jurassic Park: Dominion, directed by Colin Trevorrow — the worst Chris of directors — is getting a head start on other London productions, including The Batman, Fantastic Beasts and Where to Find Them 3 and The Little Mermaid. The joke will be on them, however, when they spend a ton of money producing these films only to discover that movie theaters have all gone bankrupt and they’ll all be forced to show their movies in drive-in theaters with the crisp sounds of … car radios!

The movie, by the way, is called Courting Mom and Dad, and it’s about three children who hire a personal injury attorney to stop their parents (Baio and Swanson) from getting a divorce.


← The Oscars Changes Explained: Why The Academy Had No Choice But To Postpone | NBC Cancels Three Freshman Series, but Renew Television's Worst Drama, 'Manifest' →