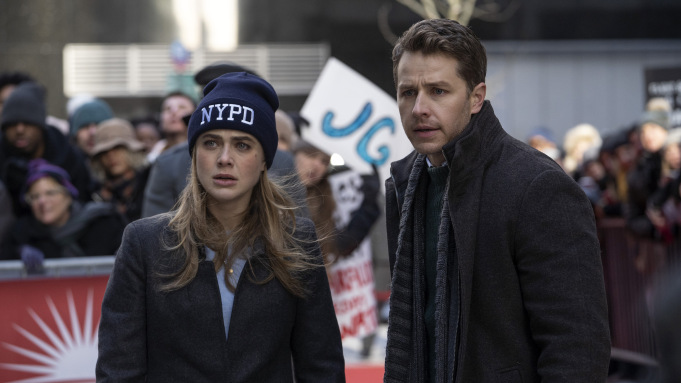 NBC, which has waited nearly a full month to make its final renewal and cancellation decisions, has given the ax to three freshmen series, Indebted, Sunnyside, and Bluff City Law. This news isn’t surprising, particularly for anyone who has watched those shows (Sunnyside and Bluff City Law were also quickly pulled from NBC’s schedule back in the fall). However, I will note that I vowed to stick with Adam Pally, Abby Elliot, and Fran Drescher’s Indebted until I hated it enough to actually write about, and before I knew it, the season was over, and that deep well of hatred never arrived. Indebted defiantly remained stuck between loathsome and mediocre, and that will be the only words I ever expend on the series.

Speaking of loathsome, network television’s very worst drama, Manifest, has inexplicably been picked up for season three. People who haven’t watched every second of the first two seasons will never truly appreciate just how abysmal, nonsensical, and tedious this television program is. Once upon a time, it was a sci-fi drama about passengers on Flight 828 who flew through a time-hole and landed five years later. Most recently, an episode’s climactic finale involved a family building a ship out of hockey gear in their living room and finding themselves in a real ship in the ocean 500 years ago, where they looked up into the sky and saw Flight 828 — the very flight they were on — flying overhead. If I am not mistaken — and listen, I might be, because Manifest often feels like a nightmarish fever dream — that same ship pulled up debris from the wreckage of Flight 828 500 years ago.

God help me, I will continue to recap that series until the bitter end. You’re welcome, showrunner Jeff Rake!