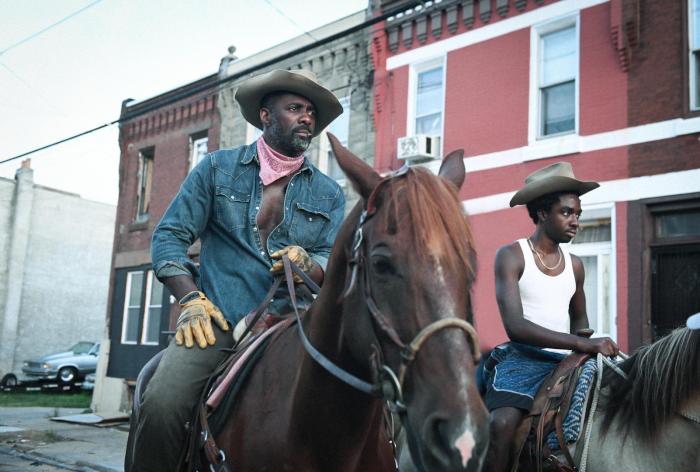 Netflix Announces 70 New Movies For 2021: Here Are The Highlights

Here’s the teaser vid from yesterday.

Why are the most famous people in the world on a group text? Because we have LOTS of big news to share with you tomorrow… pic.twitter.com/NDkqjO4iKu

Between the number of movies, the dazzling star power, and the heavy-hitting directors in the mix, there’s a LOT to take in with this promo. Let’s break out some of the highlights from Netflix’s 2021 slate.

Army of the Dead
Zack Snyder returns to his zombie movies with a cast that includes Dave Bautista, Garret Dillahunt, and Tig Notaro. The film follows a group of mercenaries who venture into a quarantined zone in Las Vegas, battling the undead to pull off a major heist.

Brusied
Halle Berry makes her directorial debut in a drama about a former MMA fighter struggling to regain custody of her son and reboot her athletic career. She also stars alongside Adan Canto, Sheila Atim, Stephen McKinley Henderson, and Shamier Anderson.

Concrete Cowboy
Idris Elba astride a horse made this drama from co-writer/director Ricky Staub, a must-see out of TIFF. Stranger Things’ Caleb McLaughlin stars as Elba’s estranged son, who is “caught between a life of crime and his estranged father’s vibrant urban-cowboy subculture.”

Don’t Look Up
Comedy writer/director Adam McKay cast Leonardo DiCaprio and Jennifer Lawrence as “two low-level astronomers, who must go on a giant media tour to warn mankind of an approaching comet that will destroy planet earth.”

Red Notice
Skyscraper director Rawson Marshall Thurber helms this action flick, headlined by Dwayne Johnson, Gal Gadot, and Ryan Reynolds. In case that cast alone doesn’t sell you on it, here’s the premise: “An Interpol-issued Red Notice is a global alert to hunt and capture the world’s most wanted. But when a daring heist brings together the FBI’s top profiler (Johnson) and two rival criminals (Gadot, Reynolds), there’s no telling what will happen.”

Skater Girl
Manjari Makijany co-writes and directs this coming-of-age drama about an Indian girl, who falls hard for skateboarding. Can she ride her dream to the national championship? Rachel Saanchita Gupta, Shafin Patel, Amrit Maghera, and Waheeda Rehman star.

The Power of The Dog
Jane Campion is back with a star-packed western that boasts Benedict Cumberbatch, Kirsten Dunst, Jesse Plemons, Kodi Smit-McPhee, Thomasin McKenzie, Frances Conroy, and Keith Carradine. The acclaimed filmmaker is adapting Thomas Savage’s 1967 novel. Here’s the synopsis: “Wealthy Montana brothers Phil (Cumberbatch) and George Burbank (Plemons) are two sides of one coin. Phil is graceful, brilliant and cruel where George is stolid, fastidious and gentle. Together they are joint owners of the biggest ranch in the Montana valley. It is a place where men are still men, the rapidly modernizing 20th century is kept at bay and where the figure of Bronco Henry, the greatest cowboy Phil ever knew, is revered. When George secretly marries local widow Rose (Dunst), a shocked and angry Phil wages a sadistic, relentless war to destroy her entirely using her effeminate son Peter as a pawn.”

Wish Dragon
In this animated adventure, Chris Appelhans brings together a cast that includes John Cho, Natasha Liu Bordizzo, Jimmy Wong, Constance Wu, Will Yun Lee, Jimmy O’Yang, Aaron Yoo, Bobby Lee, and Ronnie Chieng. Together they tell the story of a working-class college student, who goes on a wild adventure with “a cynical but all-powerful” wish-casting dragon.

Those are some standouts, but there’s much, much more. Here’s a full list, organized by genre:

ROMANCE
A Castle For Christmas
Fuimos Canciones
Kissing Booth 3
Love Hard
The Last Letter from Your Lover
The Princess Switch 3
To All The Boys: Always and Forever
Untitled Alicia Keys Rom-Com

WESTERN
The Harder They Fall

MUSICAL
A Week Away
tick, tick…BOOM

Which Netflix 2021 offering has you most excited?


← 'QAnon Shaman' Refuses to Eat Prison Food Because It's Not 'Organic' | Movie / TV News Round Up: Controversy Over 'The Whale,' 'Being The Ricardos,' And 'Sex And The City' Comeback →