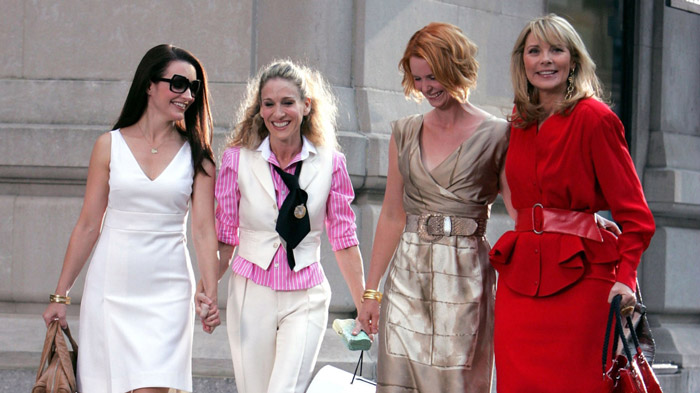 Movie / TV News Round Up: Everything You Need To Know And Some Things You'll Wish You Didn't

Amid the mayhem of American politics, plenty of entertainment news has been hitting. So, whether you need a break from the barrage of scary headlines, want to know what fun stuff is coming up, or just want to know what had Film Twitter agog and aghast yesterday, we’ve got you covered.

On the heels of The Trial of the Chicago 7, Aaron Sorkin is eyeing his next docu-drama, which will follow one week in the lives of co-stars/couple Lucille Ball and Desi Arnaz. Nicole Kidman and Javier Bardem are in talks to headline Being the Ricardos, and are already facing backlash over the casting. Some worry Kidman’s not enough of a comedy queen to capture the magic of Ball onscreen, while others point out that Bardem is Hispanic, not Latino. So, it’s problematic for him to play the Cuban star. (Deadline)

Doing right by representation is the latest adaptation of The Lincoln Lawyer. David E. Kelley has tapped Manuel Garcia-Rulfo to play the titular attorney, who has previously been whitewashed by Logan Marshall-Green and Matthew McConaughey. (Deadline)

Another film already sparking controversy in development is Darren Aronofsky’s proposed adaptation of Samuel D. Hunter’s play The Whale. The A24 offering will star Brendan Fraser as “a six hundred pound recluse who hides away in his apartment eating himself to death.” (The Film Stage) Concerns have been raised the film will be fatphobic. (Metro)

In trailer news, the latest for Lee Daniels has hit. The United States vs. Billie Holiday stars Andra Day as the legendary singer, who used her voice and song to speak against white supremacy. The film will premiere on Hulu on February 26.

You know that thing where someone describes a recipe, and it has one two many intense ingredients for you to imagine what this concoction will taste like? That thing. Andy Samberg is reteaming with Palm Springs writer Andy Siara, and teaming with Legion’s Noah Hawley and Ben Stiller for a sci-fi/comedy/drama based on an idea from Bojack Horseman’s Raphael Bob-Waksberg. (THR)

In “no stop why” news, Sex and The City is coming back, without Samantha Jones. If you think that’s stupid, you’re not alone. (Variety)

Meanwhile, Danny Boyle is plotting a mini-series about the Sex Pistols. Game of Thrones’ Maisie Williams will co-star. (Variety)

You know how when you’d play the boardgame Risk, you’d think to yourself, “Well, sure this game is interminably long and boring, but wouldn’t it make a great TV show?” Yeah, me neither. Yet, House of Cards’ creator Beau Willimon disagrees. (Vulture)

Finally: What will be Kristen Wiig’s follow-up to Wonder Woman 1984? Barb & Star Go To Vista Del Mar which will premiere “everywhere you rent movies” on February 12. Take a look.

← Netflix Announces 70 New Movies For 2021: Here Are The Highlights | Twitter Reacts to what the UK Government Apparently Thinks is 10 Days' Worth of Food →