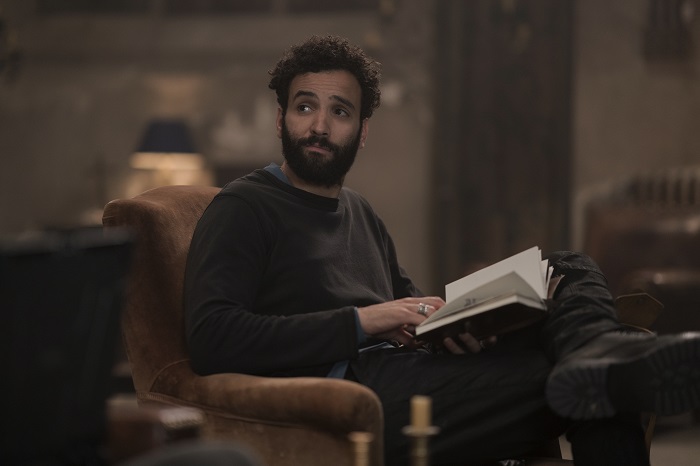 Marwan Kenzari in The Old Guard is the MENA (Middle Eastern/North African) male romantic lead I’ve been waiting my whole life for. No disrespect to Kumail Nanjiani: The Big Sick was excellent and The Lovebirds was middling, but both of those films live firmly in the comedy zone, and in fact, the former is mostly about Kumail’s character’s confrontations with his parents and the latter is mostly about a couple who shouldn’t be together anymore. And also no disrespect to Mena Massoud, who was surprisingly lovely as the live-action Aladdin, but come on, that movie is for children. I do not feel good thirsting after Aladdin as a grown-ass woman! But Kenzari in The Old Guard … in the immortal words of Russ Hanneman, this guy fucks.

Thirsting after Kenzari isn’t new: This is the man who acted opposite Massoud in Guy Ritchie’s Aladdin, and whose casting earned him the nickname Hot Jafar (which seems to make Kenzari blush a little bit, as described in this Vulture interview). But I must tell you that seeing a MENA man (Kenzari is Tunisian-Dutch) as a love interest in a big Hollywood production? That feels hella fucking new. We’ve been so conditioned to watching MENA men as terrorists and villains, so accustomed to it, that seeing one as a big-hearted warrior who is explicitly described as having Muslim roots, with a deep, passionate love for another man who is so much more than just his boyfriend, feels like a startling, groundbreaking moment. And I relish it!

Must I remind you of the speech that Kenzari’s Yusuf Al-Kaysani (who goes by Joe in the movie, and don’t worry, I’ll get to that) gives to the evil pharma-funded mercenaries who kidnap Joe and his lover Nicky (Luca Marinelli)? OK! Let’s be reminded!

And let’s transcribe it too, for good measure:

“You’re a child. An infant. … This man is more to me than you can dream. He’s the moon when I’m lost in darkness, and warmth when I shiver in cold. And his kiss still thrills me, even after a millennium. His heart overflows with a kindness of which this world is not worthy. I love this man beyond measure and reason. He’s not my boyfriend. He is all, and he is more.”

Excuse me, my basement is flooded! This is the kind of next-level romantic shit my soft self grew up loving (yes, it is me, the person who watched Titanic on a bootleg VHS in Iran for the first time, and then approximately a billion times after), and to see it coming from a man who looks like this? I couldn’t have dreamed of that when I was growing up, because even Omar Sharif, the Egyptian actor who was so swoon-worthy as romantic leads in Doctor Zhivago and Funny Girl, wasn’t playing characters who matched his ethnicity. And the world has changed very much since those films, and Hollywood’s representation of MENA men has only regressed. So to see Kenzari get this big moment, this declaration of love that is fueled by hundreds of years of companionship and passion and trust, is deeply satisfying. I also enjoy the disgust that Kenzari weaves into his speech, the way he almost pities the mercs who so juvenilely snigger at the idea that these men could be lovers. And of course, that kiss. Yowza!

Knowing the popularity of the Joe and Nicky love story, Netflix released this short clip describing how they met during the Crusades while fighting for opposing sides, and then eventually grew into a practically telepathic bond that has kept them together for years:

A lot of you wanted to know the backstories of #TheOldGuard team, so here’s a little history lesson for ya pic.twitter.com/AuO46CSyJ9

And think too of how Kenzari and Marinelli often act in unison throughout The Old Guard—curled up together in bed, fighting fluidly alongside each other against those mercs and in the Merrick headquarters, touching their foreheads against one another as a means of confirmation and consolation. It’s reassuring to know that Greg Rucka, who wrote The Old Guard graphic novel and also helmed the film’s script, insisted that the kiss scene from the source text was kept in the movie, and also that he weaved in so much more to build Joe and Nicky’s relationship into something tangible and admirable.

So am I a jerk for saying that I wish Kenzari’s character didn’t go by an anglicized nickname in the film? Look, I’m not trying to complain too much—THIS kind of character is the one I wish was crafted for and offered to more MENA actors. Joe is thoughtful and devoted to Nicky; considerate of his comrades, including Matthias Schoenaerts as Booker and later KiKi Layne’s Nile; and loyal to his leader, Charlize Theron’s Andy. He can throw down like a motherfucker in a fight. He can make you swoon with the looks he gives Nicky. The man speaks Italian and I want to die. But I guess my point is this: Is giving a character who looks like Marwan Kenzari a name like “Joe” instead of “Yusuf” a shortcut to building our empathy? Are we more willing to accept this character as a good guy if he goes by “Joe” instead of by a more ethnic moniker? Can there be a more bland name than Joe? I mean! Come on!

I understand the appeal of an anglicized nickname: If your given name is even slightly outside the realm of cultural hegemony, then yeah, people are probably going to fuck it up, and it’s going to be exhausting and probably low-key racist, and it might feel easier to try and avoid that by adopting something “simpler.” But I think there would have been a lot of power in keeping Kenzari’s character name as Yusuf. I’m assuming that his nickname is “Joe” because the English version of the Muslim name “Yusuf” is “Joseph,” and hence “Joe” is really a nickname for “Joseph,” but why did this character make that choice? After living so long, after the Crusades and all this death, did he leave behind his Islamic faith, and hence that Muslim name? We know that characters in The Old Guard don’t really seem to believe in God, given the inexplicability of their own seemingly random immortality. But is “Yusuf” really that much harder to say than “Joe”? It’s two syllables vs. one! It’s not that big of a difference! And again, if we’re talking about normalizing MENA men as heroic figures—which The Old Guard otherwise so exceptionally does with this character—than I think referring to the character by his Muslim name, or at least explaining why he wasn’t doing so, would have done wonders in terms of representation, too.

Aside from that, can we talk about how weird it is that I am sexually attracted to Kenzari spitting out a bullet after coming back from the dead? I WILL NOT APOLOGIZE FOR WHO I AM.

The Old Guard is streaming on Netflix. 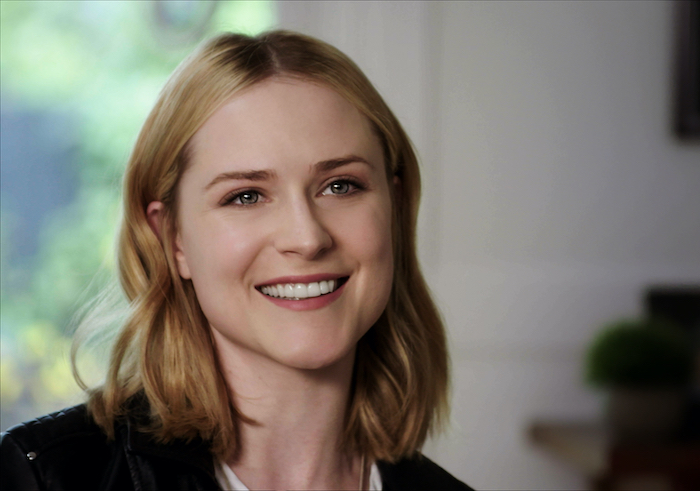