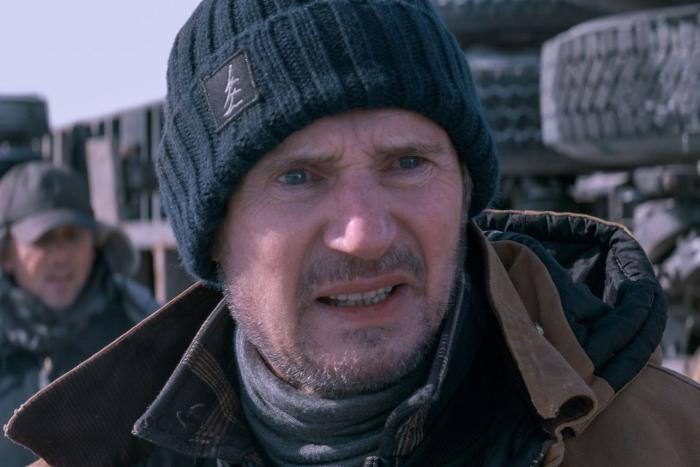 Now on Netflix: Liam Neeson's 'The Ice Road' Is the Perfect Movie If You Have Absolutely Nothing Else to Do

In The Ice Road, Liam Neeson plays Mike, a name that’s about as original as writer/director Jonathan Hensleigh’s screenplay. Mike drives a big rig, and his brother Gurty (Marcus Thomas) — who suffers from PTSD and aphasia — is his mechanic. Because of his brother’s disability, Mike can’t keep a job, which obviously makes him the ideal candidate to drive a truck over a frozen ocean to Canada to deliver a heavy piece of equipment necessary to save diamond miners trapped in a collapsed mine.

Time is short (the miners are running out of oxygen) and the trek is dangerous, in part because the ice road is thawing. So, two other truckers join Mike on the trek, Goldenrod (Laurence Fishburne) and Tantoo (Amber Midthunder), the latter of whom has a brother trapped in the mine. With three different truckers driving one of these pieces of heavy machinery across the ice road, at least one of them will make it. There’s $200,000 on the line, which will be split among those who survive. There’s also another character, Varnay (Benjamin Walker), an “insurance adjuster” who is both along for the ride and exists to provide the film with its too obvious twists.

That’s the setup, and there’s really not much else to it. Nothing happens that you don’t expect to happen in a Liam Neeson film called The Ice Road. You can take one glance at the poster and predict the entire movie. 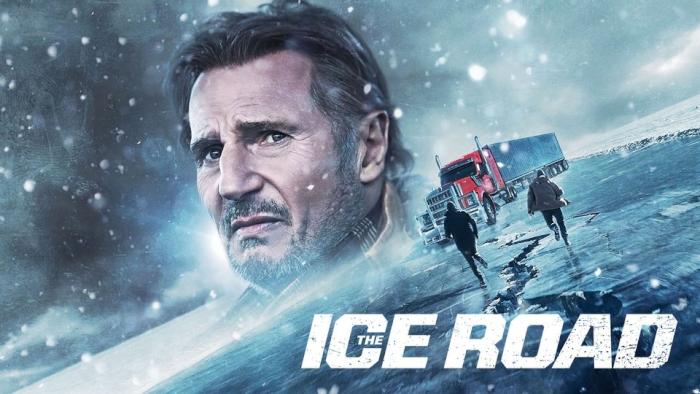 The only thing surprising, however, is how modestly entertaining The Ice Road is. It’s about as original as a ’90s Breckin Meyer sitcom and about as predictable as a Jets losing season. But it’s not boring because Hensleigh extracts a surprising amount of drama out of a movie about truck drivers navigating an ice road. It’s a meat-and-potatoes action movie squarely aimed at middle-aged dudes and their fathers, who want to watch Neeson punch a few guys and save the day. That’s exactly what he does. The ice buckles. A truck falls in. There’s an avalanche, a few explosions, and a bland villain whose face you won’t remember the second the movie ends.

The Ice Road is not a movie anyone should seek out — no one says, “Hey! Let’s watch Liam Neeson drive a Mack Truck across a frozen ocean!” — but it’s not a terrible way to pass an hour-and-a-half. It’s like an old TBS movie, except there are no commercial breaks to surf away from, which is probably for the best because The Ice Road is not good enough to return to. But it’s just good enough to keep watching while you’re clipping your toenails or scrolling through Twitter. And really, isn’t that what Netflix is for? Right, Scorsese?

The Ice Road is now on Netflix.


← So Does The Rock Actually Want to Be President or Not? | Bachelor/Bachelorette Contestants Caught Grifting The Government out of PPP Loans →