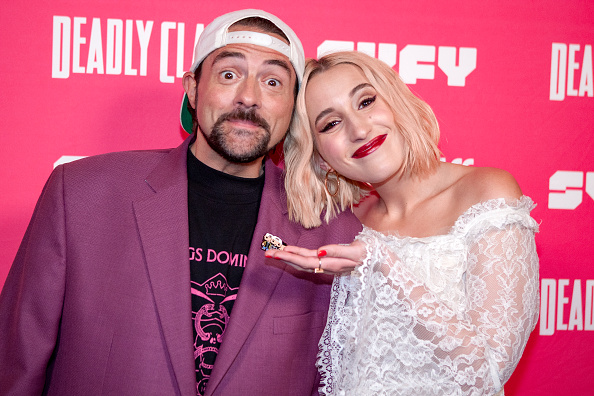 There’s a fascinating episode of WBUR’s Endless Thread podcast that aired earlier this year on the origins of the “original meme,” the “Kilroy Was Here” graffiti art that dates back to the 1940s. The exact origins are unknown, but it had something to do with WWII warships, and the way it has endured over the last 80 years is fascinating. 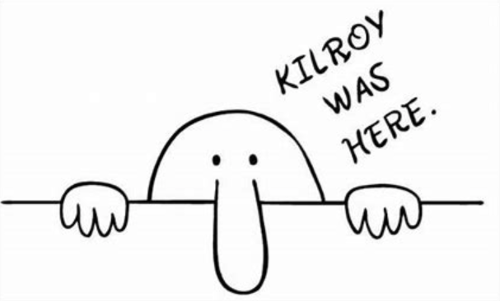 The meme itself could also provide the basis for a cool, fictionalized horror-comedy film. Enter Kevin Smith, who has been working on a film version of Kilroy Was Here basically since 2014 (it’s a reworked version of a movie he was working on then called Anti-Claus that was canceled after the release of Klaus). The script was co-written by Andrew McElfresh, and it was shot in 2017 - 2018. It stars Harley Quinn Smith, Chris Jericho, Jason Mewes, Ryan O’Nan, and Azita Ghanizada. It will finally be released in the next three months.

Most of us, however, will not be able to see it — or rather, most of us will be unwilling to see it because it will not be released in theaters or on streaming. It will be released exclusively via 5,555 NFTs, which will include behind the scene footage, a commentary track, and other bonus features. It will be inaccessible, however, without the crypto key provided by the NFTs.
Ugh.
I’m not trying to malign Smith. I enjoyed the hell out of the Jay and Silent Bob Reboot and I’m looking forward to Clerks III, which will feature a character named Blockchain Coltrane. But this? Given how long it’s taken to get a release, it feels like a film for which Smith could not otherwise find distribution, and so he’s going to recoup his investment by giving it the illusion of exclusivity by packaging it as 5,555 NFTs. (Smith, if anything, is a very good business person)
It all makes me a little ill, but Smith is going full grift on this, as he said in a statement.

When you buy the KillRoy NFT, you get exclusive access to the movie. But more importantly, the specific version of KillRoy you get is YOUR KillRoy to do with whatever you want: Make your own movie, turn it into a cartoon, license him for lunchboxes! We started the story, now YOU get to continue it with your very own version of our titular character! And along with a brand new chapter I’ll shoot next year, the shorts and animation that the KillRoy NFT owners create with their own KillRoy’s will make up the bulk of our sequel anthology. The KillRoy NFT offers an exciting and unique opportunity to go from art collector to collaborating artist!”

That all feels mildly unsettling, and I’d like to believe (as wrong as I may be) that Gen X — Smith’s target audience — would be the most deeply cynical of this grift. Ryan Atwood knows what’s up. Anyway, here’s the trailer: