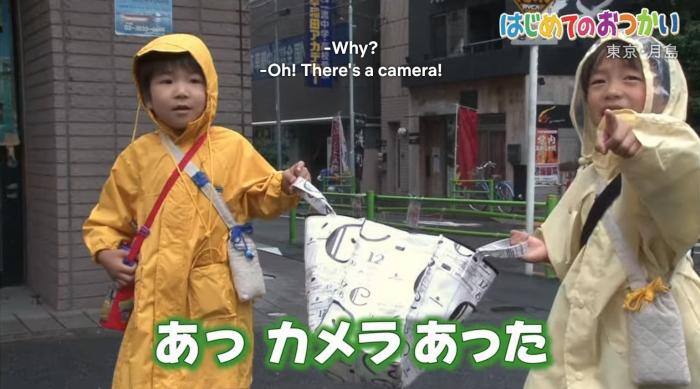 Sure 'Moon Knight' Is Cool, But On This Week's Podjiba We Also Talk About Kids Going To The Store!

While Hajimete no Otsukai is not a new show for those who know (it’s been on in Japan since the 90s, and clips have popped up on Youtube for a decade at least), it is brand new to Netflix, which suddenly brings it within the scope of Podjiba!

Rebranded as Old Enough! and with the reaction shots of the in-studio panel and audience edited out (although you’ll still hear them reacting on occasion), the show is made up of a series of short (10-20 minute) segments that all follow the same formula:
1. Look at this (often rural/notable for a particular product or attraction that allows the show to serve as a travelogue) location in Japan!
2. Watch as a local family sends their adorable small child (or two) to do a task like deliver a forgotten article of clothing, or buy a few groceries!
3. Chaos!
That chaos may come in a child getting distracted, or forgetting what they were supposed to do, or understandably melting down when they feel overwhelmed, but eventually they always complete their task and everything is fine. Unless the sight of tiny children (briefly) crying is a problem, it’s very, very watchable.
As for the rest of this week’s podcast:
— We get into why Dustin’s score for Jerrod Carmichael’s Saturday Night Live monologue is wrong!
— Another week means another trip into CW-land with a Riverdale Recap for Dustin and Kung Fu Corner for Tori!
— Dustin keeps trying to get us to watch HBO’s Winning Time!
— In a shocking twist, all of us (even Dustin) watched and enjoyed the new Disney+/Marvel show Moon Knight!

- And we got into the penultimate Severance, even though apparently Dustin already saw the finale, which means that he definitely did not spoil anything, but also until Friday, we have no actual way of knowing whether he did or not.

While this sentence ordinarily serves as a reminder that you can find Podjiba more or less anywhere, including at this direct link right here, this week I will also use it to let you know that if I had been on Hajimete no Otsukai as a child, I’m fairly certain I would have been very excited to go and prove I was capable of handling the task, but would have gotten lost somehow and melted down halfway through. But it would probably be a fun fuzzy half-memory to occasionally recall and wonder why exactly it happened!