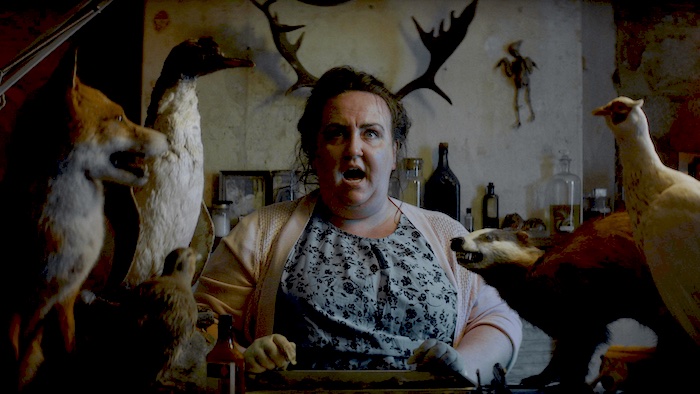 How You Can Watch Shorts From SXSW Online For Free: #SupportTheShorts

SXSW Online allowed audiences to enjoy the cinematic wonders of this fabulous film festival from the comfort and safety of their couches. The Pajiba team are unfurling reviews from the feature sections, (including The Oxy Kingpins, Recovery, Ninjababy, and Swan Song), so you know what to look for as they stride toward release. But you don’t have to wait any longer to enjoy some of the best and most bonkers short films out of SXSW; they’re online and free!

MailChimp and Oscilloscope Laboratories have teamed up for #SupportTheShorts, a streaming event featuring a selection of short films from the 2021 SXSW Film Festival. All you have to do is go to the global streaming platform Mailchimp Presents, and click on the title you want to watch.

Written by Theo Rhys and Joss Holden-Rea, “Stuffed” (pictured up top) tells the story of a taxidermist who wants to turn a human corpse into art but craves a willing participant. Little does she expect that the mild-mannered man who volunteers his body and life will win her heart! It’s horrific. It’s romantic. AND IT’S A MUSICAL. Obviously, I’m obsessed with it.

For the Midnight Shorts, @iamarbi @jason_blum and I awarded Jon Bell's The Moogai as our winner, and Theo Rhys's Stuffed for a Special Jury prize for Bold Vision!

Watch 'em while you can!

Report back! Which shorts did you love? Which…not so much?


← Morning Briefing: Sober Trump Crashes a Wedding, and Amazon Stars a Twitter War with Liz Warren | It's Amber Ruffin's World And We Wish We Lived In It →