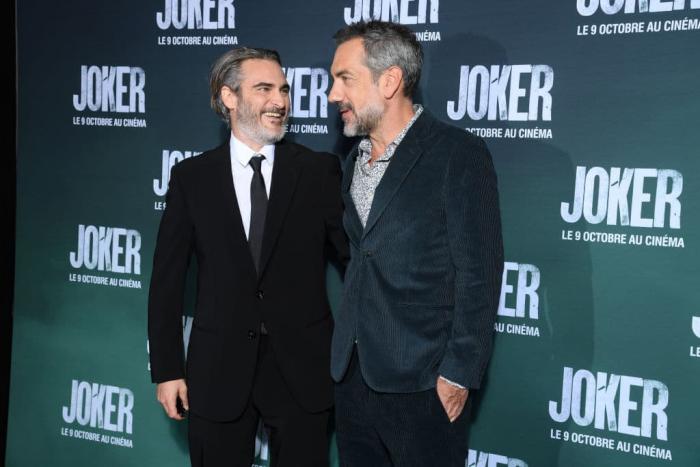 ‘Joker’ Is the Highest Grossing R-Rated Movie Ever – Now What?

As of the writing of this post, Joker has made over $934 million worldwide. Close to $300 million of that is from the domestic gross, where the film has spent the past five weeks in the top three spots of the box office. Todd Phillips’s take on the bleak origin story of Batman’s most infamous villain surpassed even the most optimistic expectations for its financial success and is now officially the highest-grossing R-rated movie of all time, a title it took from the $785 million intake of Deadpool 2. It’s earned more money than Hobbs & Shaw and It: Chapter Two. The movie has broken many a box office record and may continue to do so if current projections pan out. With a one billion dollars worldwide gross close enough to touch, Joker could continue to blaze a very surprising trail.

There’s some debate among critics and box office followers over whether or not the commercial success of Joker is truly unexpected. Surely we can’t be all that shocked that a movie based on arguably the most recognizable villain in modern pop culture history brought in the big bucks? As much as Todd Phillips and company tried to distance Joker from its comic book roots with that ‘real movie’ nonsense, the marketing did not shy away from the specific iconography and fan expectations the character came with. It’s doubtful the movie would have made anywhere near $900 million had it merely been another Scorsese riff about a disenfranchised clown who loses it that didn’t come surrounded with the glow of Gotham. IP continues to rule all for a reason, and a quick look at the highest-grossing films of 2019 so far — where every single one of them is based on a pre-existing property and four are comic book based titles — reveals that all too well.

Still, there is something to be said about an R-rated film with a reported budget of $55 million that didn’t get a release in one of the biggest markets on the planet becoming so profitable in such a short amount of time. Even Warner Bros. thought this film had a far more limited appeal than it ended up finding with general audiences. They never specifically sold it to the crowds they wanted to see their other DC movies, skipping Comic-Con in favor of the more prestigious festival circuit. Of course, there was also all that controversy surrounding the movie.

There’s an entire thesis to be written on the evolving discourse surrounding Joker and how it intersects with our changing perceptions of entertainment, politics, and their various intersections. If there was any pop culture narrative I craved to be excluded from this year, it was all things Joker. The noise that overwhelmed the movie was an inevitability from the moment the project was announced. Things only got more heated when the film won the top prize at the Venice Film Festival amid a flurry of concerns over whether its depiction of a violent pseudo-vigilante verged on too sympathetic or glorified his obviously unjust actions.

Writing about The Joker Discourse is one of those topics I’ve desperately tried to avoid since actually seeing the film, partly because I genuinely don’t believe the movie to be incel bait and think a lot of the narrative surrounding it is a tad overblown, but mostly because it would involve dealing with a fan-base that many a critic has had a nasty run-in with. The hyperbole surrounding Joker on every level made engaging with it on whatever terms you preferred a near-impossible task, even if you did such things for a living. However, it remains to be seen if any of that discourse actually impacted the film’s commercial viability. How much of those conversations actually left the well-insulated bubble of Film Twitter and permeated the consciousness of general audiences? If it did then it’s likely that the controversy paid off with that age-old adage of ‘Any publicity is good publicity.’

So, the film is a bit hit, an undeniable success that may very well have grossed a billion dollars by the time this piece goes live. Now what? What’s next for Joker and what lessons will Hollywood take from its victory?

First, it needs to survive awards season. Ever since it was announced that the film would receive its world premiere at the Venice Film Festival, playing in competition for the Golden Lion, the Oscar chatter has surrounded Joker. The general narrative is that the film could shatter a ceiling of sorts for the comic book/superhero movie in those more prestigious terms, although that overlooks the hard work Black Panther and Logan did to get there first. It’s not impossible to imagine Joker picking up a few nominations (Joaquin Phoenix remains a front-runner for Best Actor), but it’s a busy year for potential winners and this one may prove just a tad too controversial or be seen as Just Another Comic Book Movie by hesitant voters looking to avoid a media storm.

For me, one of the true positives that the success of Joker promises is a variant to the currently dominant model of the comic book movie. Even the biggest fan of the genre has to confess that its basic structures and stylistic approaches are rather homogenous from movie to movie. As Hollywood finds itself in an ever-more precarious position, the big studios gallop towards investing more and more money in a handful of tentpole franchises that are expected to gross billions of dollars just to break even. It’s a near-unwinnable system, a model of business that very few are capable of pulling off with any sort of consistency. Frankly, it’s ridiculous that it’s become the norm for studios to make films with budgets so eye-wateringly high that a billion-dollar gross is a bare minimum required to break even. If this is the system we’re stuck with, for the time being, one where homogeny is the default mode in order to appeal to the widest audiences possible, then I am all for more movies like Joker that take iconic characters or stories and tell them through a more focused lens with the budget and scale to match. It’s certainly a good model of creativity for Warner Bros., who stumbled hard with the Snyderverse and their attempts to play catch-up to the Marvel cycle. It wouldn’t hurt for studios to know that there are other options besides exclusively tailoring such projects for the Chinese box office, especially at a time when audiences are growing more aware of the country’s censorship problems and the ways American companies bend over backward to adhere to their demands.

Ultimately, the lion’s share of the conversations we’re having about Joker now will probably be forgotten by this time next year. I’ve found myself in maybe the most mundane position possible with this film in that I mostly thought it was fine and would remain a minor addition to the year in cinema, one that has given us sumptuous future masterpieces such as Pain and Glory, Parasite, Portrait of a Lady on Fire, and The Lighthouse. While Joker may continue to make waves in terms of how the industry does business in this highly specific genre, it remains to be seen if the film itself will linger long in the imagination.

← Meghan McCain Made Marie Yovanovitch's Impeachment Testimony All About Meghan McCain, Naturally | Review: Netflix's 'The King' Is Gorgeous and Tedious →