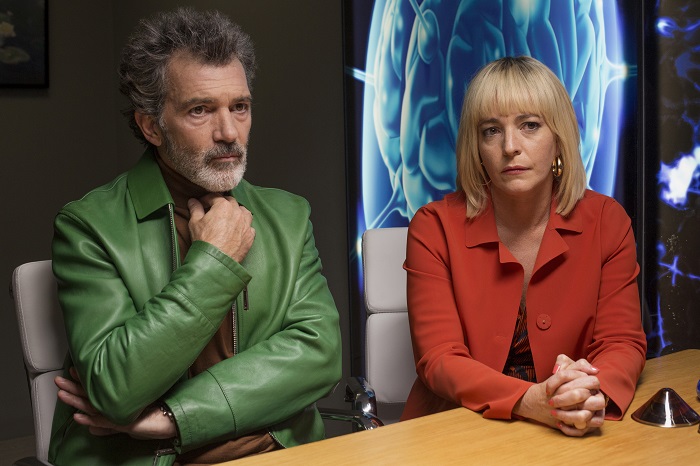 The question at the core of Pedro Almodóvar’s Pain and Glory is deceptively simple: Are you still an artist if you no longer create art? The narrative of the creative struggling with the act of creating is certainly a familiar one: on TV, think of Mad Men and BoJack Horseman; in film, Frances Ha, Ed Wood, Love and Mercy, or Birdman or (The Unexpected Virtue of Ignorance). But this is Almodóvar, of course, and Pain and Glory is suffused with so much contemplation and affection that it never feels like just another musing about creativity, its inspiration, and its absence. Instead, Pain and Glory feels like a visit from an old friend, someone you haven’t seen in years, someone who knows you deeply and sees you truly, someone who doesn’t deny the worst of you but also honors the best of you. This film is a confession, and a promise.

Pain and Glory focuses on 60something director Salvador Mallo (embodied exquisitely by a surprisingly subdued, finely calibrated Antonio Banderas), whose variety of physical maladies have made him increasingly hermitlike. He lists them all, one after another, deliberately and despondently: insomnia, ulcers, intrinsic asthma, sciatic nerve, “all kinds of muscular pain,” tinnitus, wheezes, whistles. “My specialty is headaches and back pain,” says Salvador, his spine decorated with a nasty scar, but “I also suffer from abstract hardships, pains of the soul.” “Naturally, I’ve dealt for years with depression,” he adds, and that is what we see most clearly: Salvador’s disinterest in being alive.

His home is beautiful, a finely manicured labyrinth of overstuffed bookcases, a gigantic television, every wall covered in priceless artwork. The place is a riot of color, and so are Salvador’s outfits: a green leather jacket, an orange track suit, a burnished red blazer. And Salvador is still in demand: His agent Mercedes (Nora Navas), who collects his mail and fields his calls, informs him regularly of invitations to galas, celebrations of his work, gallery openings that would be honored to count him as a guest. But wracked with physical pain and consumed by melancholy, Salvador always says no. He is tired, and he wants to be left alone. 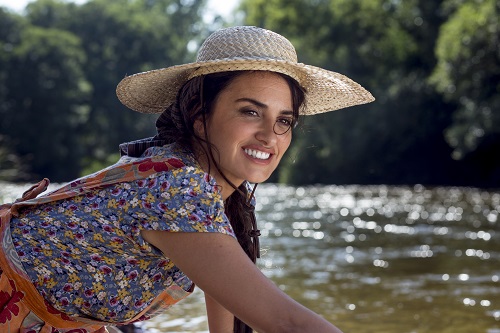 Until a chance meeting with an old actress friend, Zulema (Cecilia Roth), inspires Salvador to reach out to another old friend, Alberto (Asier Etxeandia), an actor who starred more than 30 years ago in Salvador’s breakout film Sabor. That gesture to mend a decades-old feud ignites something in Salvador, a sort of slow-burn consideration of his work, his relationships, and himself. Sabor has come to be recognized as a cult classic, but Salvador fears the film will have aged badly. Alberto is frustrated that Salvador hasn’t spoken to him in decades, although they worked so closely together on Sabor. Mercedes worries that Salvador has hidden himself so far away from the world that he’ll never find his way back. And as a complement to all this present-day emotional complexity, the narrative often sends us backward in time to Salvador’s childhood, revisiting his close relationship with his mother Jacinta (Penélope Cruz), who toiled to secure her son a future outside of poverty, and his friendship with the teenage Eduardo (César Vicente), whose dashing good looks are noticed immediately by a young Salvador.

How child Salvador—adoring of his mother, but antagonistic toward her vision of his future; a fan of books and films, and curious about the worlds they would open up—became the convinced-of-his-own-irrelevance adult Salvador is a journey Pain and Glory tracks with the intention of answering that opening question: How, and why, do creatives create? And the way the film builds in various aspects of Salvador’s life through flashbacks, memories, and reconnections is admirably intentional. A piano player in a hotel bar transitions into a priest playing the organ at the seminary where young Salvador attended school; adult Salvador’s walk away from a crime scene shifts into young Salvador walking alongside his mother as they return home. Those parallels between life experiences encapsulate Almodóvar’s approach and build a portrait of a full existence, of a life lived with hardship and misunderstanding and struggle and love, and the cast he has assembled is fantastic in communicating all that to us. 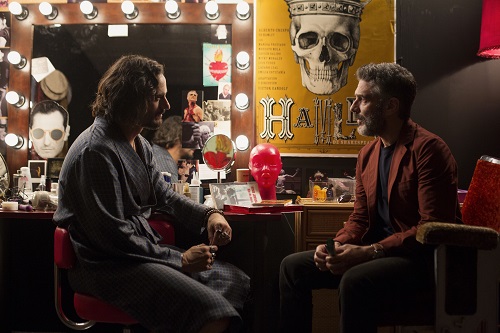 All that talk about Banderas being in the Best Actor conversation? Believe it. I’ve never seen Banderas like this before, so emotionally vulnerable and playful, and the way he holds himself—just the way he looks at someone, a little askew, with a sort of guileful assessment—communicates so much about Salvador. His performances matches well with that of Asier Flores, who plays the younger version of Salvador with unembarrassed innocence punctuated by bursts of fieriness. And Banderas is surrounded by other actors who effectively probe at and reflect the varying sides of Salvador Mallo. As Alberto, who isn’t afraid to challenge Salvador on his artistic vision and call him on his bullshit, Etxeandia is charmingly combative, and Leonardo Sbaraglia, as another figure from Salvador’s past, will break your heart. He only appears in two scenes, once with Etxeandia and once with Banderas, but he communicates more empathy and emotional honesty in those combined 20 or so minutes of screen time than I’ve seen other actors demonstrate in entire films.

“If you don’t write or film, what will you do?” Zulema asks Salvador in the beginning of Pain and Glory, and his answer of “Live, I guess,” is one of loss. How the film that follows transforms that personal defeat into motivation is a revelatory exercise in creative expression, and Pain and Glory will move you with its refusal to surrender.

Pain and Glory is in limited release around the U.S.

← 'Castle Rock' S2 Ep4 Recap: What Is The Meaning Of 'The Ravening Angel' And 'Caveat Emptor'? | Yarnwallin' 'The Watchmen': Theories From Episode 2 →