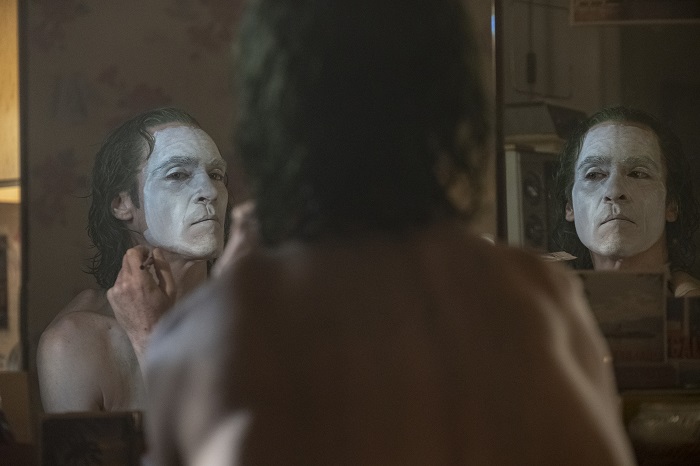 Yes, ‘Joker’ is a Comic Book Movie, Can We Stop Pretending It’s Not?

Much of the hype train swirling around Joker before its proper release in U.S. theaters this past Friday was that the Todd Phillips/Joaquin Phoenix collaboration isn’t really a comic book movie. A comic book movie wouldn’t play the Venice Film Festival, would it, or win the Golden Lion, the festival’s top prize? A comic book movie wouldn’t have even attracted Phoenix in the first place, not the actor who stars in cult favorites like The Sisters Brothers and You Were Never Really Here or works with lauded directors like Paul Thomas Anderson. And as you might recall, Phillips told TheWrap:

“I literally described to Joaquin at one point in those three months as like, ‘Look at this as a way to sneak a real movie in the studio system under the guise of a comic book film’. It wasn’t, ‘We want to glorify this behavior.’ It was literally like ‘Let’s make a real movie with a real budget and we’ll call it f-ing Joker’. That’s what it was.”

Focus on these words, please: “A real movie … under the guise of a comic book film.” Because that is bullshit: Joker is 100% a goddamn comic book movie. Its entire narrative arc is shaped around elements from comic books! Although it’s certainly different in style from the other films in the DC Comics/Warner Bros. partnership—the gritty urban vibe David Ayer was going for in the original Suicide Squad, the technicolor bro energy of Justin Lin’s Aquaman, the crisp feminism of Patty Jenkins’s Wonder Woman—this is solely a movie about Arthur Fleck, the struggling comedian/clown suffering from mental illness who would go onto become the Joker, Batman’s primary adversary. It may be rated R, and it may not be a family-friendly, brand-synergized-to-death Disney/Marvel joint, but this is also not high cinema, and I’m astonished that such a label stuck in all of the promo hype for Joker. For fuck’s sake, the Wayne family is all over this thing! How is this not a comic book film? Let’s review:

• The movie is set in Gotham City in 1981, where the shadow of the Wayne family looms large. Thomas Wayne, played by Brett Cullen … 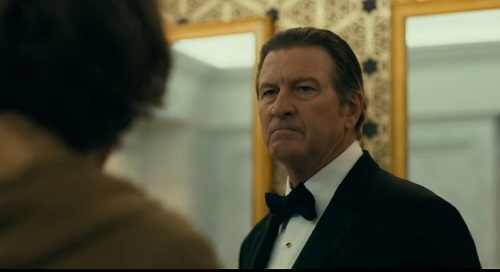 who, fun fact, appeared as another character in Christopher Nolan’s The Dark Knight Rises …

… is the head of Wayne Enterprises and is running for mayor. He lives in a palatial estate outside of Gotham City with his wife and his young son Bruce, who barely speaks in the movie but does wear a peacoat and a chunky turtleneck because that is exactly the outfit a little princeling would don for a jaunt around his family’s palatial grounds.

• Wayne is presented as a pompous, out-of-touch blowhard who has fully bought into his own rags-to-riches story and thinks that everyone can be successful if they just try hard enough. His contempt for everyday people is pretty obvious—Joker is definitely retconning the character into an elite 1% asshole, but in a less-interesting way than Ra’s al Ghul perceived Thomas Wayne in Batman Begins. It’s Wayne, whose derisive description of Gotham’s struggling underclass as “clowns,” helps spark the unrest and riots that spread throughout the city in support of the Joker figure.

• Also in that TV interview where Thomas calls Arthur a “clown” and helps inspire the #Resist uprising against him and Gotham’s upper class, he rails against “someone who hides behind a mask … too scared to show their own face.” DID YOU GET THAT THIS IS IRONIC, BECAUSE THOMAS’S SON BRUCE GROWS UP TO BE BATMAN? AND HIDES HIS FACE BEHIND A MASK? DID YOU GET IT??????

• The inciting incident that sparks Arthur’s specific vendetta against the Waynes? When he reads a letter from his mother, who used to work for the Wayne family 30 years ago, to Thomas, identifying Arthur as “your son.” Arthur cuts a picture of Thomas, Martha, and Bruce out of a newspaper and keeps it because he’s increasingly obsessed with them, but no, this isn’t a comic book movie.

• Arthur then goes to Wayne Manor, is able to walk right up to the gate, and reach through the bars and into young Bruce’s mouth to shape his lips into the same grotesque smile that Arthur favors. That’s cinema! And then Arthur is accosted by an unnamed, British-accented butler who rushes to protect Bruce from this strange man offering him cheap magician’s props. That’s Douglas Hodge as Alfred Pennyworth! Yeah, that’s a goddamn comic book character! In a goddamn comic book movie! Alfred then informs Arthur that his mother is a liar and that he’s not actually Thomas’s son, which is funny because having a villain and a hero share parentage is a very comic book movie move.

• And maybe that’s why later in the movie, Joker walks back on the conclusivity of Thomas not being Arthur’s father by having the younger man discover a portrait of his mother in her youth, with a loving note from someone signed “TW” on the back? HMM. I WONDER IF THAT MEANS THOMAS WAYNE IS ACTUALLY JOKER’S FATHER, MAKING BATMAN HIS HALF-BROTHER. I WONDER. I WISH THE MOVIE WOULD CHOOSE A SIDE ON THIS AMBIGUOUS ISSUE. OH, IT DOESN’T? COOL. COOL COOL COOL.

• Finally: Joker serves as the backstory for this titular character, but that’s not all! In fact, the movie also serves as the backstory for Batman, because you guessed it, we see the Waynes murdered! One of the most iconic comic book scenes of all time! Joker, after murdering late-night talk-show host Murray Franklin (Robert De Niro) on live TV, becomes a sort of symbol of resistance to the rioters spilling throughout Gotham. They’re all clowns, you see, and he is their champion. And as we see the cops drive Joker through these burning streets in Phillips’s very poor recreation of one of the best images from Nolan’s The Dark Knight …

… We see the Waynes coming out of a theater that had been showing Blow Out and Zorro, the Gay Blade. They’re afraid. Martha is wearing a string of pearls. And we see a man in a plastic Joker mask, inspired by Arthur, notice them, then follow them into an empty alley, then yell “You get what you fucking deserve,” then shoot both Thomas and Martha, then snap the string of her pearl necklace as he tries to rip it off her neck. The character Joe Chill isn’t listed, but I think under the mask is actor Victor Best Jr., who is identified as a “Rioter/Protester/Villain” on IMDb. Later on, we return to the scene, where Bruce is standing between his parents’ slumped, murdered bodies. How are you going to tell me Joker isn’t a comic book movie, when it contains the most infamous comic book origin story scene of ALL TIME? I would bet you money if I had any that this scene ends up being the basis for the upcoming Robert Pattinson version of the character. Yes, I know Phillips has said that Pattinson’s Batman and Phoenix’s Joker wouldn’t meet, but that doesn’t mean this scene still can’t be used in Matt Reeves’s 2021 film.

If all of this clearly comic-book-influenced material doesn’t make Joker a comic book movie, then what the hell is it? It’s certainly no Taxi Driver. Marty Scorsese thinks your movie is an amusement-park ride, and you better accept that, Todd Phillips!

← The Situation Between the NBA and China Is Insane | The Rich Will Always Have Class Solidarity, And It's Going To Kill The Rest Of Us →