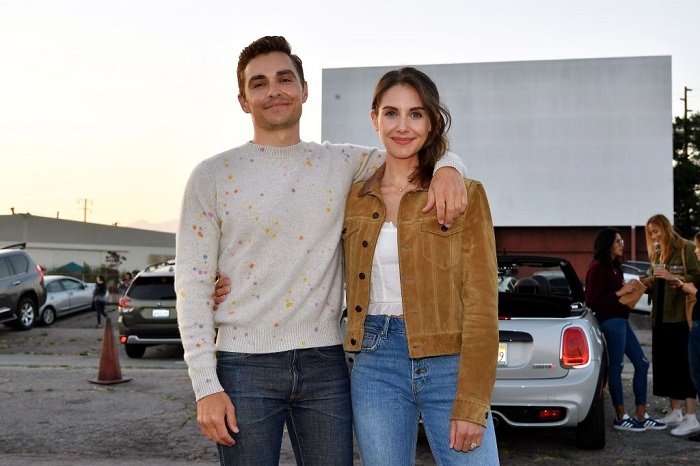 Remember when lockdown first started a millennia ago, and there were all those tweets like, “Shakespeare wrote King Lear in plague quarantine; what productive thing will you do with your time?” The pressure of those tweets was immense! And I suppose Dave Franco and Alison Brie took it to heart, because Franco, promoting his upcoming directorial debut The Rental, shared in an interview with Discussing Film, that the married couple has written a romantic comedy in this time. The interview was written up by The Playlist, and that story has since gotten shared quite a lot on Twitter. Perhaps you saw this excerpt:

Alison and I wrote a romantic comedy during the quarantine for me to direct and her to star in. We want to approach that film in a similar way that we did in this film, in the sense that that we want to make a smarter, more elevated version of a romantic comedy. We were inspired by classics like When Harry Met Sally, Sleepless in Seattle, and Pretty Woman, which are all films that are grounded, where the acting is really strong and they are all shot like dramas, so they they look good. We were just wondering why people don’t really approach the genre from that smarter point of view these days, and so that’s what we tried to accomplish with this script.

And perhaps you’ve also seen the dunks on Franco circulating online in response:

Wow, this is gross several times over. https://t.co/XBcEo61evI

Was it written on the top floor or something? https://t.co/L3J5Nd3leJ

You know what “elevated” means in this context, right? We talk about this often in terms of film criticism, in particular when we’re discussing genre. Take horror, for example: Most of the genre is dismissed as shlock, and certain films are discussed as “elevated” examples of the genre as a way to praise them while insulting others. Jordan Peele, Ari Aster, Robert Eggers—all “elevated” horror creators, with the likes of Get Out, Us, Hereditary, Midsommar, The Witch, and The Lighthouse. But what about something like Jennifer’s Body? Mostly torn apart upon its initial release, hurting Karyn Kusama’s career so deeply that she bounced out of directing movies for years, and furthering our long-term stereotyping of Megan Fox, which only now is being re-assessed.

So what most people are really implying by “elevated,” especially when they are using it as a descriptor for their own work, is to put themselves above others. This word choice feeds into those genre preconceptions, and it’s used as a kind of reductive shorthand. And look, I get that Franco is hyping up his own film, and I also get that no one wants to say, “I worked on something and it sucks.” But—isn’t it weird that Franco is bringing up examples like When Harry Met Sally, Sleepless in Seattle, and Pretty Woman, movies from decades ago, movies from explicitly white voices, when the recent resurgence of the romantic comedy genre has been primarily led by Black and POC voices?

Dave and Alison … do y’all need a watch list of films crafted by or starring Black and POC voices now expanding and, yes, elevating the rom com? IT SOUNDS LIKE YOU NEED A WATCH LIST.

+ How about The Lovebirds? I didn’t love it, but Issa Rae and Kumail Nanjiani are very charming together! Their onscreen pairing is a major step forward for representation in this genre!

+ Speaking of Nanjiani: How are you going to ignore The Big Sick, written by Emily V. Gordon and Nanjiani about their real-life relationship? It was nominated for the Best Original Screenplay at the 90th Academy Awards! Seems pretty elevated to me!

+ Speaking of Rae: The Photograph is more of a romantic drama than a rom com, but writer and director Stella Meghie is so precise in her filmmaking that the film is still very easy on the eyes!

+ Also from Meghie: The YA rom com Everything, Everything was a very winning adaptation of Nicola Yoon’s novel! Amandla Stenberg and Nick Robinson have great chemistry!

+ Speaking of Robinson: He starred in Love, Simon, which was a big deal for mainstream gay representation in YA film! (Also, if they’re talking about ’90s films, how are Franco and Brie not going to bring up The Birdcage as a classic of the genre, too? Argh!)

+ Also in the YA realm: Netflix’s To All the Boys I’ve Loved Before was written by a woman, Sofia Alvarez, and stars Asian American actress Lana Condor! It is lovely!

+ In fact, I think it’s worth mentioning how much the Asian American community is representing in the rom com genre right now. Let’s list them!

• Always Be My Maybe was co-written by Korean American Randall Park and Chinese and Vietnamese American Ali Wong, stars them both, gave us that hilarious Keanu Reeves meme, and was directed by Iranian-American Nahnatchka Khan!

• Crazy Rich Asians! The adaptation of the Kevin Kwan novel was directed by Taiwanese American Jon M. Chu, was insanely successful, and made major stars out of Constance Wu and Henry Golding. (Still, let’s not forget that the sequel has been held up by the producers’ failure to pay co-writer Adele Lim what she’s worth, offering her an amount that was only 10% of what white co-writer Peter Chiarelli was offered. She left the film as a result, and now the movie is stuck in development hell.)

• Speaking of Golding: He co-starred in Paul Feig’s latest rom com Last Christmas, which was very high concept! Also quite predictable, but sort of delightfully zany!

• No conversation about the modern rom com can ignore Mindy Kaling! The Mindy Project was basically one long TV version of the genre; the same goes for her Hulu adaptation of Four Weddings and a Funeral. Kaling’s sweet spot is the use of rom com elements in workplace comedies; that’s exactly what Late Night is, and probably what helped snag her the upcoming writing gig for Legally Blonde 3.

• And what about Himesh Patel, who starred in Danny Boyle’s Yesterday? Again, fairly high concept, like Feig’s Last Christmas, and not entirely successful, but Patel was a delight! (And guys, our very own Hannah Sole was an extra!)

+ And look, I will throw white women some accolades here, because to be true, they have been involved in expanding the genre too. Some recent favorites:

• Autumn de Wilde’s period piece rom com Emma. was one of the last great movies we all saw in the theater together!

• And what about Isn’t It Romantic, starring Rebel Wilson and written by Erin Cardillo, Dana Fox, and Katie Silberman? The film’s whole appeal was its meta handling of rom com tropes! And I liked it very much!

So, congratulations to Franco and Brie for their productivity during self-isolation and quarantine, and writing a film they’re proud of. Good for you guys! But maybe you should be more aware of the genre you’re entering before you trash most of it, and before you ignorantly exclude the BIPOC voices who have already done the elevation work? Just a thought. 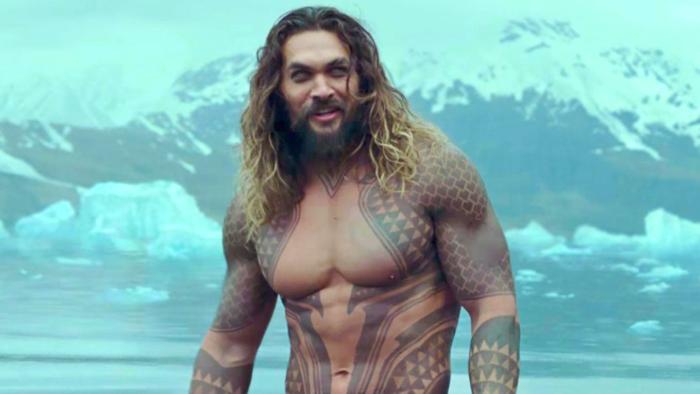