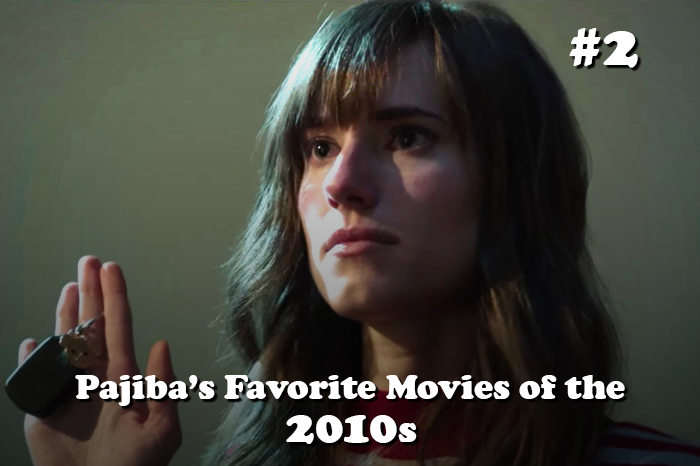 'Get Out' Exposed The Horror Of The False Ally

With The Sunken Place, writer/director Jordan Peele gave audiences a powerful visual metaphor for how Black Americans are trapped by institutional racism that casually strips them of their power and identity under the guise of civility (represented by a fragile tea cup). By centering his story on Chris Washington (Daniel Kaluuya), a young, gifted, and Black photographer out of Brooklyn, Peele invited audiences to identify with the struggle of a Black man in a hostile white environment. Then, he gave us Rose (Allison Williams), to illustrate to white audiences our complicity in American white supremacy.

The first time you watch Get Out, you likely accept Rose as an ally to our hero. She’s introduced as Chris’s smiling, supportive girlfriend, who buys artisan donuts, cuddles his dog, and reminds him to pack his “cozy clothes.” When they encounter a cop on the long drive to her parents’ upstate house, Rose defends Chris, refusing to hand over his name or ID. Later, she exhibits embarrassment over her family’s racially insensitive comments, like her brother’s suggestion that Chris’s “genetic make-up” makes him a natural for MMA. As such, she offers solace this deeply uncomfortable scenario, where Chris feels like a novelty to the white Armitage family and a misfit from their Black house-staff. Then, at the annual garden party, Rose navigates Chris through the gamut of grinning guests, who compare him to Tiger Woods, ask about his sexual prowess, and declare, “Black is in fashion!”

In each of these instances, a white person dehumanizes Chris by rejecting his individuality and reducing him to a stereotype that suits their worldview with no regard to whether it actually suits him. Then this objectification of a Black man is taken to a mad-scientist next step. Because Dr. Armitage can snatch bodies through brain surgery, Chris’s genes, athletic ability, sexuality, and skin color become commodities for sale. Through this body-snatching cult, Peele satirizes white America’s cannibalistic appreciation of Black culture, which plucks out what it wants (music, fashion, sports wins) while ignoring the Black people behind these things. It’s cultural appropriation taken to a gruesome extreme.

On first watch, Rose appears innocently unaware of the nefarious goals of her family and their circle of wealthy, white friends. Then comes the scene with the keys. Chris doesn’t know exactly what’s going on in this remote lake house, but he knows he wants out. He just needs the car keys, which are in Rose’s purse. As the Armitage clan menacingly circles around Chris, Rose stalls, fumbling in her bag. Finally, she says flatly, “You know I can’t give you the keys, right babe?”

The reveal that Rose is a willing part of this Coagula conspiracy reframes all she and Chris’s previous interactions with white people. She wasn’t defending her Black beau against a racially profiling cop; she was keeping Chris’s name out of police records so his disappearance would be harder to pin down. Post family flustering, she wasn’t relating to Chris’s discomfort, she was mollifying him to keep him in the trap. She wasn’t his partner at the party; she was a salesman showing off the goods. Then, when the silent auction for his body is being conducted, she’s sure to keep Chris far away.

When watching the party scene for the first time, white audience members might laugh at the rich, old, white folk who are painfully “unwoke.” We might pat ourselves on the back, thinking we are like Rose. She is aware of the racial injustice in America, recognizes the sting of micro-aggressions, and is on Chris’s side. However, after the key scene, we’re encouraged to recognize how we’ve been suckered by the performative power of white woman tears. In the blink of an eye, gone is Rose’s trembling lip along with any sign of affection for Chris.

In an interview with EW, Peele reflected on this scene, saying:

“I think that was what’s so chilling, this idea that you could be next to a sociopath and completely fooled.”

Opening in the wake of President Donald Trump’s inauguration, Get Out’s Rose reveal might have stirred audiences to think about the 53% of white women who voted for a contender who has been openly racist throughout his campaign. Audiences Black and white might wonder who in their circle has eye-rolled with them over troubling tweets or smiled sweetly during a political discussion, yet harbors dark secrets in their hearts. Rose’s reveal further pushes white audiences to reconcile with their prior complacency. What does it mean that we identified with this false ally? Does it suggest we are blind to the villainy within our own race? Might we consider how such complacency can lead to the complicity with white supremacy?

Some Get Out viewers reject such questions. On Late Night With Seth Meyers, Williams said that some fans have approached her for assurances that Rose was hypnotized and so “also a victim,” adding “that is one hundred percent white people who say that to me.”

Rose’s villainy is not up for debate. She’s an educated young white woman, who was raised in a home where racism festered from a grandfather bested by Olympic runner Jesse Owens. Her parents’ fortune comes from the enslavement of Black people by hypnosis and brain surgery. So the privilege of her family’s wealth was built on white supremacist tradition. Rose might be embarrassed by the frankness of her community’s racism, but it doesn’t mean she rejects it. She is not just complicit in their enslavement conspiracy, but an active and proud participant.

Peele upended white audience expectations by giving us a horror film in which the sweet and smiling white girl, who often is stalked by a masked killer, uses her smile as a mask to hunt Black victims. He gave us a film about Black/white race relations, where there is no White Savior, but a bait-and-switch villain whose duplicity makes a rewatch savagely scary. Behold as she coolly auctions off her lover then relishes in her conquests with a trophy wall of Sunken Place victims. Behind the mask of a cool woke white girl, Rose is a monster born from white privilege and American racism.

← Some of You Aren't Following Ice-T on Twitter and it SHOWS | Review: 'Cats' A Furry Movie Musical With Taylor Swift, Idris Elba, Jennifer Hudson, and James Corden →