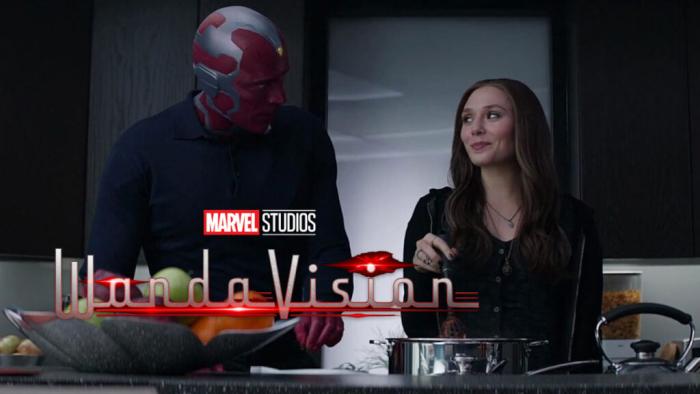 Highlights from the D23 : 'The Mandalorian,' Kit Harington and a ... 'WandaVision' Sitcom?

The D23 Expo is being held this weekend, which means the unveiling of a flurry of new projects for the biggest studio on the planet, in the event that you haven’t already gotten your fill. There have been a number of highlights, although most pertain to the launch of their new streaming service, Disney+, which rolls out on November 12th.

Here, so far, are the big reveals, some of which we will cover in more detail in the coming days.

— Kit Harington has joined the Marvel Cinematic Universe. Disney will make the announcement official today, and likely share more details about his role, although some are suggesting he may play Wolverine.

— Set after the fall of the Empire and before the emergence of the First Order, The Mandolorian from creator Jon Favreau is probably the most hyped new series on Disney+. Here’s the trailer (also Ming-Na Wen has been cast in it):

— I’m less enthusiastic about the trailer for the live-action Lady and the Tramp, another Disney+ new offering. Oof. It looks like the straight-to-streaming project that it is.

— New series so far include She-Hulk, about a female Hulk who is also a … lawyer. The Muppets will return with an unscripted series. Hilary Duff is returning as Lizzie McGuire, a now 30-year-old millennial navigating New York City. There will also be a Ms. Marvel series featuring a Muslim-American superhero, plus a new series based on the Marvel property Moon Knight .

— We also learned that Paul Bettany and Elizabeth Olsen’s series Wandavision will be a … “half classic sitcom and half MCU spectacular.” Half classic sitcom, as in like The Dick Van Dyke Show. That’s weird. Kathryn Hahn will be joining that series, as will Kat Dennings and Randall Park, reprising their Thor and The Ant-Man and the Wasp characters, respectively. The whole show sounds super bizarre, but based on that cast and the concept, this may actually be the thing I’m most looking forward to on Disney+ (the series will not drop until 2021, alas).

Buckle up Wildcats. It's about to get real. The first trailer for High School Musical: The Musical: The Series is here. Start streaming November 12 only on #DisneyPlus. pic.twitter.com/mN8KNxvN68

— Ewan McGregor will reprise his role as Obi-Wan Kenobi in an as-yet-untitled Disney+ series.

— Forky, the Toy Story 4 character, will get its own series of shorts, Forky Asks a Question

— Emily VanCamp is reprising her role as Sharon Carter in the MCU.

There will be more to come this weekend, I’m sure.