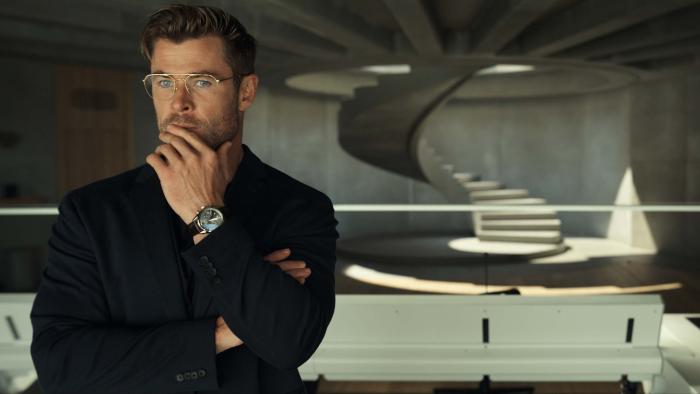 Has the Netflix Algorithm Finally Eaten Itself?

I spent the last hour looking through the top 10 movies on Netflix over the last year, and by using a very simple tally system, it became apparent that a particular kind of movie does well on the streaming platform, which largely explains why the Netflix algorithm operates the way it does.

There are a few categories of those films. Animated films, for instance, obviously do well, because bored children will watch — and rewatch — anything good (Shrek, Secret Life of Pets) or bad (Alvin and the Chipmunks, Hotel Transylvania). Likewise, during the holidays, those bad, Hallmarkian Christmas movies do well. Then there are the comedies, which fall into a particular category of mediocre to bad and mostly star Kevin Hart or Adam Sandler (but not the good Adam Sandler comedies — the late-career ones). The most popular actor on Netflix seems to be Tom Cruise, which is fair. Anytime a Tom Cruise movie is made available to Netflix, it breaks the top ten, whether it’s a Mission Impossible installment, the original Top Gun, or even the middling Knight and Day.

But there is one particular brand of film that seems most dominant, and I don’t know how to describe it exactly, except as middle-of-the-road Dad action flicks. Liam Neeson movies you’ve never heard of do well; Gerard Butler does well, and so does Frank Grillo, and otherwise forgotten Mark Wahlberg dramas like Four Brothers, or Keanu Reeves’ Street Kings. Jason Statham movies also fit into this category, as does the pairing of Tony Scott and Denzel Washington. There’s nothing particularly wrong with that because many of those movies are decent to good (Street Kings, for instance, is solid, as is Man on Fire).

Ultimately, however, it’s the popularity of that latter category that ends up producing algorithmic mush like The Vault or Spiderhead and Interceptor. The algorithm likes lone wolf movies, heists, and men with muscles who scowl a lot.

In other words, if most of what you feed the algorithm is true crime, and subscribers watch a lot of true crime because it’s what’s most available, then won’t the algorithm tell you to create more true crime? How else do you explain so many indistinguishable original B-action Dad movies: Extract, 6 Underground, Triple Frontier, and The Old Guard? (I imagine the only reason why Netflix didn’t produce Triple 9 is because someone beat them to it). Did they feed the algorithm Atomic Blonde at some point, see it do well and decide to algorithmically manufacture Kate, Gunpowder Milkshake, and The 355? Because those movies — and Ava — are exactly what come up in Netflix when you ask for Atomic Blonde.

It’s not just that the algorithm is bad. It’s that it’s broken. It’s spitting out paste because Netflix is only stuffing it with glue.