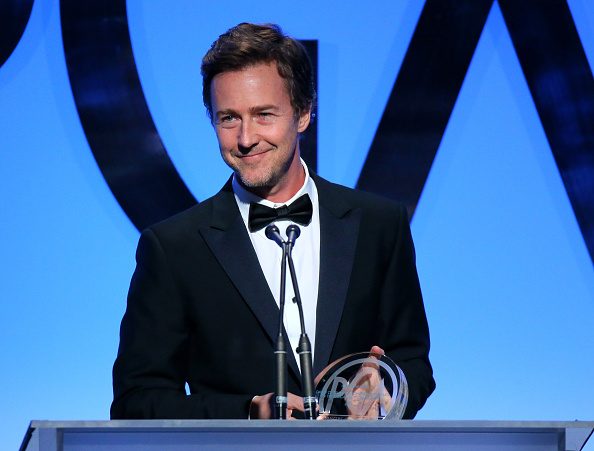 Marc Maron recently spoke to Ed Norton on the WTF Podcast while Norton was making the promotional rounds for Motherless Brooklyn, and I’ll admit that the only reason I was interested in listening was because in the podcast notes, it stated that they’d be talking about The Incredible Hulk. I kind of wanted to see if Norton — in a more relaxed, informal format — was going to sh*t on his experience and whether he would join forces with Maron in his crusade against comic-book movies (except the one he is in, of course).

Hulk did come up, and Maron did try to recruit Norton to the dark side, but Norton was quick to push back, both against a negative opinion of the MCU and about any suggestion that he didn’t appreciate his The Incredible Hulk experience.

“For me this is a personal thing,” Maron asks Norton, “but do you feel like you dodged a bullet with not having to be The Hulk for your life?”

Maron queued him up, but Norton didn’t take the bait. “No, it’s not like that,” he says. “I don’t feel like I dodged a bullet because that would sound like I have a negative view.”

“Are you relieved that you’re not the Hulk today,” Maron tries again, from a different angle.

Norton then goes to a place where Maron probably did not expect. Norton raves about the Incredible Hulk character, talks about how he grew up on the comic books, and discusses about how wonderful it is to be a part of a legacy of great actors — Eric Bana, Bill Bixby, Mark Ruffalo — associated with that character, comparing it to Hamlet (which is a bit much, but must have felt like a small stick in the eye to Maron).

In fact, Norton thinks it’s silly when people try to pit him against Ruffalo. “He is one of my dearest friends in the business. We came up at the same time. He is one of my absolute favorite actors … nothing could be better than being in the club with Mark.”

It’s not new, but Norton spoke again at length about his plans for Incredible Hulk, how he’d mapped out a two-film arc, tried to make it more tonally similar to The Dark Knight — “long, dark, and serious” — but it ultimately fell apart because of a “difference of opinion in a tonal direction, a total weight of seriousness, and adult complexion.” Norton said he was “disappointed” and “a little bit angry” but only in that Marvel weren’t aspirational enough, although he blames that on the old guard at Marvel while commending Kevin Feige. “I get along with him like a house on fire. He’s a real comic fan. The people before him were not.”

Norton, in fact, goes on to praise Feige for the MCU. “The execution on that has to be one of the most successful things that has ever been pulled off in the movie business … they annihilated it.”

Maron, however, took one more bite at the apple. “Do you think it’s a culturally good thing as an artist?” he asked, and I could almost see the raised eyebrow. Norton remained neutral on that question, suggesting instead that social media is a much bigger concern, culturally.