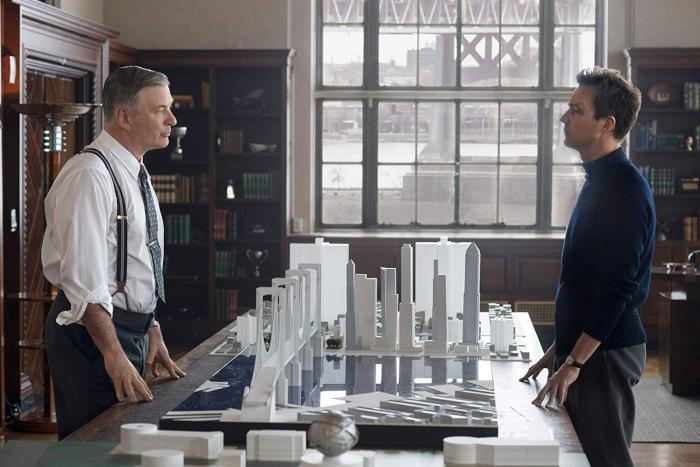 Review: Edward Norton Spent 20 Years Making 'Motherless Brooklyn' And THIS Is What We Get?

Motherless Brooklyn has been a passion project for Edward Norton for 20 years. When Jonathan Lethem’s novel debuted in 1999, it was optioned with the aim of having Norton direct, produce, and star as its Tourette’s afflicted protagonist. Between Primal Fear and American History X, he was a star on the rise with two Oscar nominations to his credit. Such an ambitious move made sense. But the production fell apart over and over. Norton would go onto make his directorial debut with the irreverent rom-com Keeping The Faith and would star in a slew of other movies. Yet it would take him two decades to get back to Motherless Brooklyn, which might explain why the film reeks of desperation in its indulgences.

Norton stars as Lionel Essrog, a Brooklyn man who was plucked out of a Catholic orphanage by a small-time detective with a lot of swagger, Frank Minna (Bruce Willis). Years into their working relationship, Lionel looks up to Minna as a father figure, the kind of big man he dreams to be. So when Minna gets killed on a job gone wrong, Lionel becomes obsessed with exposing those responsible. In the film, it’s a coming-of-age journey of sorts, where this “freak show” comes out of the shadow of his mentor, stands up for himself, falls for a dame, and finds something worth fighting for. It feels odd because Edward Norton is 50 years old. He doesn’t look it, but he does look a bit overgrown for the role of a mixed-up orphan learning to be a man.

Still, Norton gives his all to the role he’s waited 20 years to play. When Lionel is sparking with tics, Norton’s neck contorts mechanically, his facing twisting into an uncomfortable sneer as his mouth explodes with confounding phrases that give clues to his subconscious. “I got threads in my head,” he shrieks repeatedly until it “sounds right.” Then his body relaxes. Narration from Norton gives us a clearer insight into Lionel’s inner life. He never tics in his narration. When he’s not having an episode, Lionel strives for the smoothness of his role model. Norton easily pulls off the bravado of an arrogant man. Yet there’s an element to this performance that feels uncomfortably showy, as if Norton wanted to dig back into the heralded blink-of-an-eye character changes of Primal Fear that proved his breakthrough. Motherless Brooklyn is overwhelmed by such shallow indulgences.

Fans of Lethem’s novel might barely recognize it as the source of this adaptation. Norton transported the ’90s set story to ’50s New York, giving Frank the fedora-topped glamor of Humphrey Bogart, and swaddling Lionel in pea coats and newsies flat-cap. Most brazenly, Norton turns his movie into a mash-up adaptation of Motherless Brooklyn and The Power Broker, Robert A. Caro’s non-fiction tome about the life, works, and shady dealings of NYC master builder Robert Moses. Norton creates entirely new characters to wedge into the mystery of Minna’s death, and one of these is Moses Randolph, a thick-necked and snarling commissioner of parks, construction, and city planning, who is played predictably by Alec Baldwin.

It’s an interesting concept as the story of Moses is one of power, corruption, and racism. It’s solidly suited to a Chinatown-like detective scenario, which is what Norton attempts. But the pieces never quite come together, even with some solid supporting players. Bobby Cannavale brings a surly verve as a fellow dick. A bearded Willem Dafoe scurries with frustration and righteousness as a could-be crackpot. Ethan Suplee plays dopey muscle, while Fisher Stevens is a cutting crony and Michael Kenneth Williams a dazzling jazz musician. Then, Gugu Mbatha-Raw is offered a role that is equal parts love interest, exposition dumper, and damsel in distress. She’s radiant, of course, but is ultimately sidelined so Norton can play tough guy and white savior of not just her but all the Black people being bullied by gentrification!

There’s a lot going on in this movie: revenge, romance, politics. And yet, it’s so boring! With all of Lionel’s tics and outbursts, Motherless Brooklyn can’t achieve the smooth flow of film-noir. Maybe that’s not Norton’s game, as he plays some of these fits for laughs, like when Lionel can’t impress a bombshell blonde because he keeps blowing out the match before she can light her cigarette. In these comically awkward moments—and in his acerbic narration—the film recalls the dark wit of Fight Club, but it doesn’t last. Norton has no skill for directing action sequences either. Car chases, fight scenes, and life-or-death battles feel awkwardly staged and painfully clunky, and the kinetic score by Daniel Pemberton cannot save them, despite its energy.

Ultimately, the film feels woefully unfocused. Norton can’t settle on a tone or a plotline, and so he tangles them all together. His passion is clear, but his execution is sloppy. For instance, in the first act, there is a great deal of effort put into framing so as not to reveal the face of this broad-shouldered, bulbous man who swims in the public baths, swans in late to the mayor’s appointment ceremony, and publicly rebuffs the man’s offer of a handshake. Here’s a shot from above as he swims, from behind as he walks to the podium, tight on his hand, not far from his face. We get that he’s a big shot. ‘But who is he?’ we’re meant to wonder. Then, the very next scene reveals Alec Baldwin’s face without flare or ceremony. So, you’re just left to wonder what was all that build up all about if this is how you finish it? Reflecting back on the 20 years Norton has had to wait to deliver his Motherless Brooklyn, I’m left with the same question.

Motherless Brooklyn made its New York Premiere at NYFF. It opens in theaters on November 1.

← What 'Judy' Gets Right and Wrong About the Life of Judy Garland | 'Gemini Man' Review: Uncle Kill and the Fresh Prince Star In Moron Clone Wars →