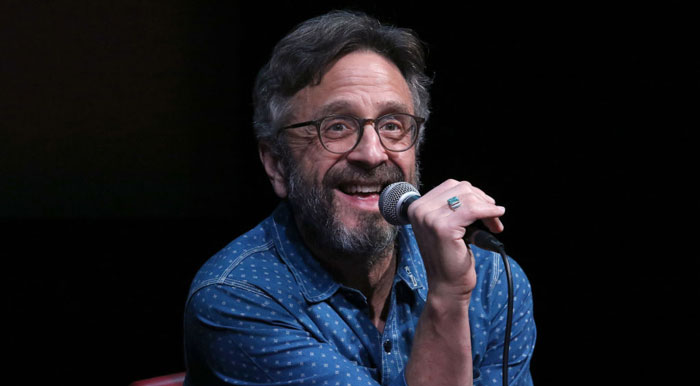 Marc Maron has no love for superhero movies. He’s made various public statements about his disdain for wildly popular subgenre and the big stars who deign to appear in them. So, you might call Maron a hypocrite for co-starring in this fall’s Joker. But Maron’s not bothered. And just because part of his job is promoting the superhero movie that he’s deigned to appear in doesn’t mean this famous grumbler is about to stop mocking these movies or their fans.

This was in response to an interview Maron did on Conan, where he declared superhero movies “are for grown male nerdchilds.” When the in-house audience booed him, the comedian shot back, “Take the hit! You guys are in charge of culture! Now I gotta go travel 15-20 minutes to a smaller movie theater to see a grown-up movie with other grown-ups where we can all sit together and not understand the ending? You know? That’s part of the experience. Where you walk out, you’re like, ‘I don’t know, did the guy die? It’s not clear.’ That’s the kind of movie I enjoy. I’m not gonna be bullied by grown nerd-men.”

This is basically a punchier version of what Maron said weeks before on his podcast, where he also proclaimed, “I will continue to condescend to grownups who defend, almost maniacally, the integrity and need and greatness of superhero movies.”

Gang, this press tour is going to be amazing. And I cannot wait!

Press tours for studio movies tend to be pretty banal affairs, where friendly press is favored so questions are pretty fluffy stuff. All the stars love the movie without question, so don’t question it. But with Joker, you have talent that is openly hostile about superhero movies. And Maron is a comedian/writer, which means his soundbites will be juicy and fun to run in splashy headlines. Now, we might speculate that Maron’s comments spook Warner Bros into keeping him out of the press tour altogether. But they can’t completely, because he has his own podcast, WTF With Marc Maron, where he can talk about it anyway. Beyond that, I don’t think casting superhero-hating Maron was a glitch. I think it’s a feature for Joker.

We are inundated with superhero stories in theaters and on television. Hell, Disney just created a whole new streaming platform to lure us into a whole new slate of MCU shows. Now Warner Bros is pushing another rebrand of the Joker, following the classic Jack Nicholson, the Academy Award-winning Heath Ledger, and the Hot Topic explosion that was Jared Leto’s Suicide Squad incarnation. It’s essential WB do something different with Joker. For the DC movies of late, “different” means darker and grittier than Marvel, and Joker seems to be hitting that studio note as hard as it can.

Even the logline for Joker uses the word “gritty:”

An original standalone origin story of the iconic villain not seen before on the big screen, it’s a gritty character study of Arthur Fleck, a man disregarded by society, and a broader cautionary tale.

On top of this and the Falling Down vibes of its first trailer, Joker’s cast is no joke. Forget the mind-meltingly beautiful stars like Scarlett Johansson, Chris Hemsworth, and Chris Evans. THIS superhero movie—that’s really a supervillain as anti-hero movie—stars enigmatic three-time Oscar nominee Joaquin Phoenix as its lead. He’s accompanied by grizzled, two-time Oscar-winner Robert De Niro and comic malcontent Maron. The first two suggest this is a superhero movie you’re meant to take seriously, which is bolstered by Joker’s coveted spot in two major fall film festivals, TIFF and NYFF. The casting of Maron seems a meta move to rile fanboys and promise those growing tired of the MCU parade something less playful, more merciless, and less “comic book movie.”

Even director Todd Phillips began laying that groundwork earlier this summer, telling Empire Magazine, “We didn’t follow anything from the comic-books, which people are gonna be mad about. We just wrote our own version of where a guy like Joker might come from. That’s what was interesting to me.”

It’s a longshot, of course. Ledger managed it, which actually could make things harder for Phoenix, as that role defined the late star’s career and—for a generation—the role of the Joker. Plus, it was only just last year that a superhero movie made history by scoring a Best Picture nod at the Academy Awards. That was Black Panther, which scored near-unanimous praise, huge box office, and boasted a cast studded with acclaimed stars. However, Black Panther had in advantage with director Ryan Coogler’s established prestige from Fruitvale Station and Creed. Best known for The Hangover Trilogy, Phillips is a wild card. But hey, There’s Something About Mary’s co-director took home an Oscar last year for Green Book. So, a path is there.

Basically, Maron can continue to pop off about fanboys and superhero movies, as his doing so pushes this superhero movie to a better position to be taken seriously, and maybe even win Oscar gold. Meaning: either Warner Bros. is playing Maron or Maron is playing along. 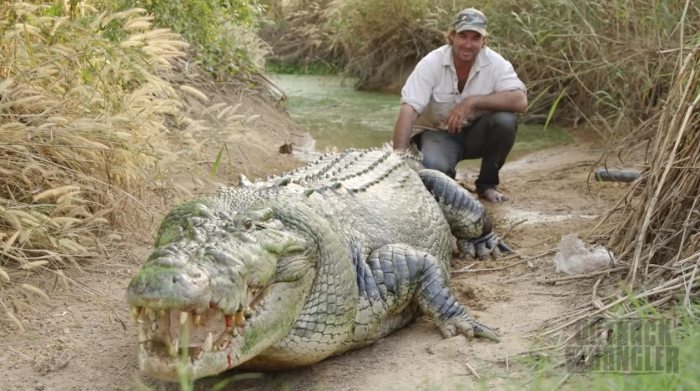