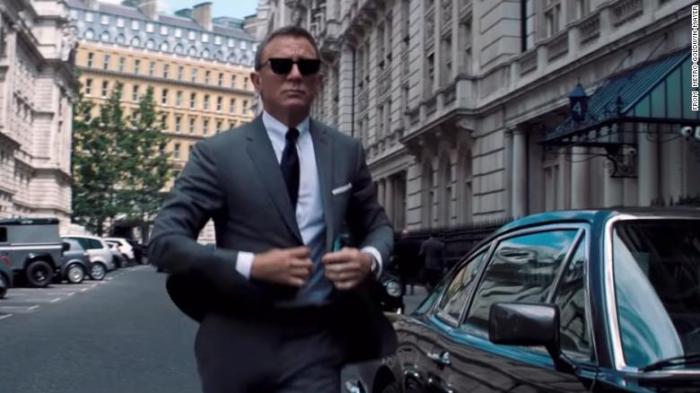 In No Time to Die, James Bond is retired and living a peaceful life in Jamaica when Felix Leiter (Jeffrey Wright) from the CIA pulls him back in to help rescue a kidnapped scientist. It puts Bond on the trail of a new villain, played by Rami Malek, armed with a dangerous new technology (It’s called The Hammer, and the Hammer is his penis).

The trailer looks great, although I have no idea what’s going on, except that Lashana Lynch from Captain Marvel is playing another Double-0, Christoph Waltz is back as Blofeld, and Léa Seydoux as Madeline. Ben Whishaw, Naomie Harris, and Ralph Fiennes all reprise their roles, as well — Q, Moneypenny, and M, respectively.

Notwithstanding the title of the film — No Time to Die — the trailer also suggests some finality to the Daniel Craig era of Bond.

Cary Fukunaga directs (after the exit of Danny Boyle), based on a script from a committee of people including Fukanaga, but also Phoebe Waller-Bridge, whom Craig brought in to punch it up. No Time to Die arrives in 2020. Daniel Craig’s “F**k this, I’m done” promotional tour begins in March.