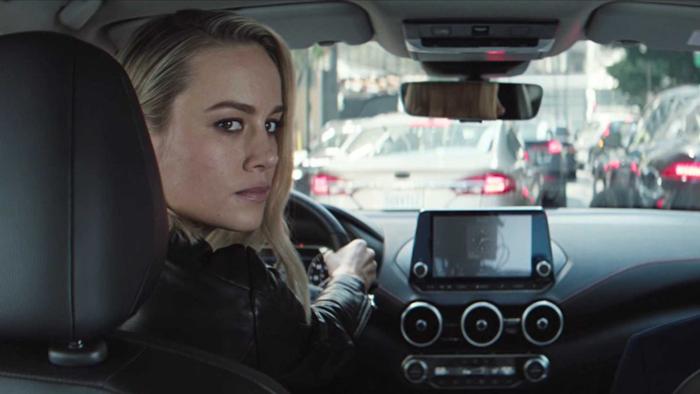 Brie Larson Is Joining The Cast of 'Fast and Furious 10'

There is never a dull moment when it comes to the Fast and Furious franchise, both on and off the screen.
These nine movies (and one spin-off) have gone from being stories about street racing and stealing shipments of DVD players and drifting tricked-out cars in Tokyo, to spy-fi tales of international espionage and world domination and driving tricked-out cars into outer space. The most unfortunate incident that has affected this series was of course the 2013 death of actor Paul Walker, who played cop-turned-fugitive-turned-FBI agent-turned-fugitive Brian O’Conner. Since then, there have been news stories that became public about how several of the lead actors don’t always treat each other like family and don’t get along nearly as well behind the scenes as they do on camera. Vin Diesel and Dwayne “The Rock” Johnson have butted heads more than once, and have gone back and forth in expressing their opinions about one another via Instagram, and also during promotional tours for other films. Things between the two finally reached a boiling point last year when Vin Diesel went on Instagram to express how much he’d appreciate it if Johnson were to return to the franchise and continue playing DSS agent Luke Hobbs, and that his return was something that Paul Walker’s family would appreciate as well. And Johnson didn’t hesitate to shut that sh-t down and call Diesel out for his attempts at emotional manipulation.

(Oh, and Tyrese Gibson had also been beefing with Dwayne Johnson, or “Dee-Wayne” as he once called him, due to Johnson’s decision to appear in spin-off films instead of the main franchise. But according to Gibson, the feud recently ended, and things are good between the two of them now.)

But last night, Vin Diesel decided to use his Instagram to surprise the hell out of everybody and leave us all feeling like Wee-Bey on The Wire regarding news about the penultimate chapter in the Fast and Furious series of movies. And he announced that Captain Marvel herself, Brie Larson, was joining the cast and would be appearing in Fast and Furious 10. Clearly, those Nissan commercials that Brie was doing whetted her appetite for driving fast and inflicting some vehicular carnage.

It’s too soon to tell as to who Brie will be playing, but there are already some theories going around that she’ll be playing the younger sister of Brian O’Conner and carrying on the family legacy along with Brian’s wife, Mia (Jordana Brewster). She is the most recent addition to the cast right after Jason Momoa, and Daniela Melchior. So after losing Black Adam, this franchise has now gained Aquaman, Ratcatcher II, and Captain Marvel in his absence.

Don’t be surprised if the usual f-ckboys and Pick-Mes of Twitter and YouTube respond to this news with the same level of vitriol and misogyny that they do with nearly everything that Brie Larson says or does.